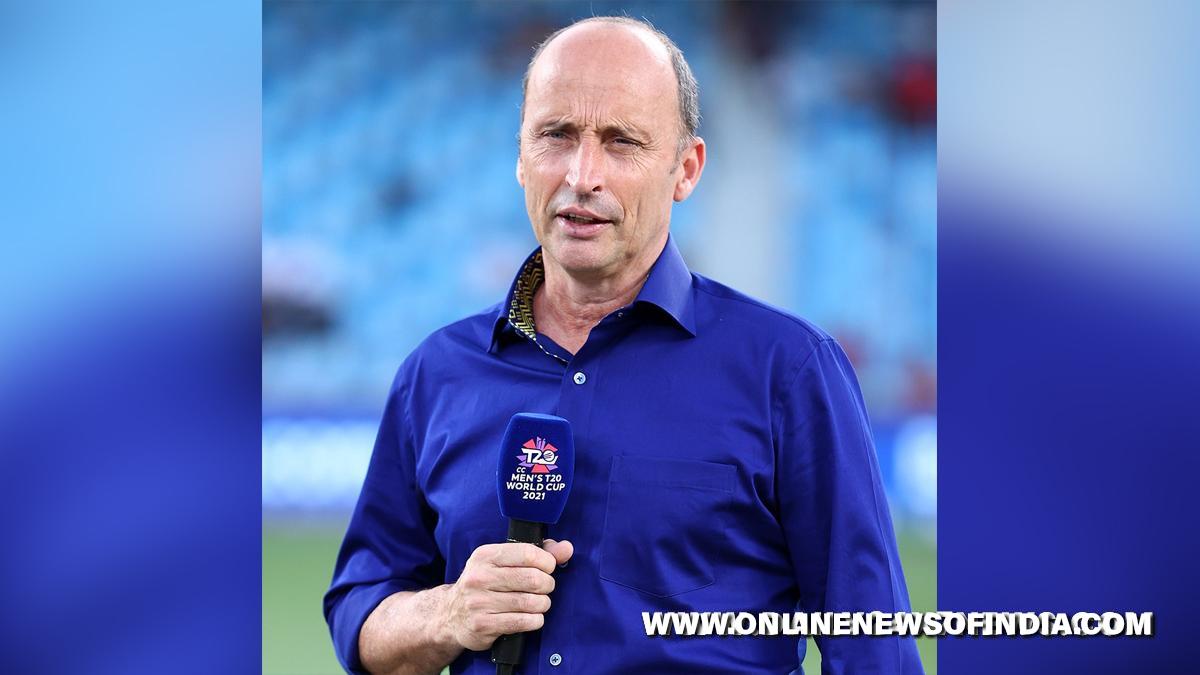 T20 World Cup: Pakistan, along with England, have looked the most complete side so far, feels Nasser Hussain

Sharjah : Former England captain Nasser Hussain feels that Pakistan, along with England, have been the most complete side in the ICC Men’s T20 World Cup. He added that UAE has been a second home for the Babar Azam-led side, pointing towards Pakistan being unbeaten in 16 straight T20Is in the gulf country.Pakistan finished as toppers of Group 2 after beating Scotland by 72 runs on Sunday. The 2009 champions will now face Australia in the second semi-final on Thursday, while England, toppers of Group 1, will be up against New Zealand in the first semi-final on Wednesday.”Pakistan — along with England — have looked the most complete side so far, with the opening combination of Mohammad Rizwan and Babar Azam really firing and then Asif Ali finishing the innings for them.Yesterday’s defeat of Scotland was their 16th win in succession in the UAE so it really is like a second home for them,” wrote Hussain in his column for Daily Mail on Monday.”The sides who have adapted best to conditions are the ones who have played the best cricket and despite the loss on Saturday that is still England, along with Pakistan,” added Hussain.Hussain was of the opinion that he would promote Jonny Bairstow to opening and bring Sam Billings in the middle order with Jason Roy almost certain to be ruled out of the tournament due to calf injury. “It looks like England will have to shuffle the pack again on Wednesday, with Jason Roy looking certain to miss out, but I would move Jonny Bairstow back to the top of the order and bring in Sam Billings in the middle. It is no drop-off in standards because Bairstow is a superb opener in the 50-over team.

Eoin Morgan likes a settled line-up so this is a blow to England but it is one they can overcome.”Talking about Australia, who joined England from Group 1 for the semi-finals, Hussain said that they have been better since getting a thrashing from the 2010 champions in Dubai. “Australia were terrible against England but have been getting better and better and David Warner has finally been finding some form. If Josh Hazlewood, Pat Cummins, and Mitchell Starc can keep on hitting the deck hard and continue to be well backed up by Adam Zampa they should not be ruled out.”The 53-year-old remarked that matches in Super 12 were great but lamented the absence of close matches. He pointed out England’s 10-run loss to South Africa on Saturday as one of the best matches in the tournament. “This has been an enjoyable Twenty20 World Cup but it is a shame there have not been more close games in the group stages. England’s defeat by South Africa was one of the best matches s’ far and it’s no coincidence it took place on a good pitch here in Sharjah.”Hussain signed off by appreciating the ground staff in the UAE for preparing good pitches immediately after the IPL got over. “The surfaces, in general, have been too low and slow for high-scoring matches, particularly in Sharjah, but you cannot blame the United Arab Emirates for that. The authorities here have actually done well so soon after staging the IPL and playing at three venues has made the tournament more interesting. Let’s hope now we have two semi-finals and a final to match the importance of the occasion.”

T20 World Cup: What can we say if players prioritise IPL over country : Kapil Dev