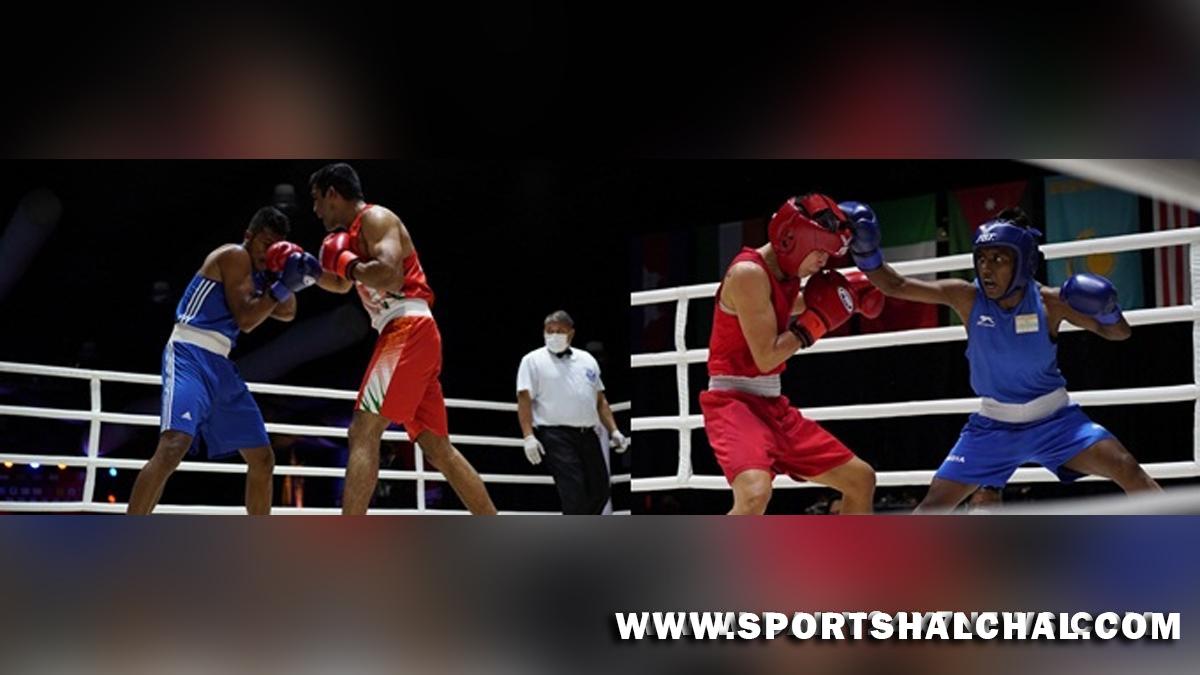 New Delhi : Indian boxer Ashish Kumar continued his brilliant form at the 2022 Thailand Open International Boxing tournament and entered the finals alongside country’s three other pugilists in Phuket on Wednesday. Monika, Govind Sahani and Varinder Singh were the other Indians to progress into the finals. Ashish, who won gold medal in the last edition in the 75kg, lived up to the expectations and produced a flawless show to register an easy 5-0 win over Maikhel Roberrd Muskita of Indonesia in the men’s 81kg semifinal. The 26-year-old Monika, who upstaged the two-time World Championships medallist Josie Gabuco in the previous round, also looked solid against her opponent Tran Thi Diem Kieu from Vietnam in the women’s 48kg Last-4 bout as she notched up an equally dominating win by unanimous decision without breaking a sweat.

On the other hand, Govind had to work hard against Vietnam’s Nguyen Linh Phung in the intensely fought men’s 48kg last-4 contest that saw heavy exchange of punches but the Indian took the charge of the match in time and tilted the result in his favour by a split 4-1 decision. In the men’s 60kg semifinals, Varinder Singh was given a walkover against Palestine’s Abdel Rahman Abunab. Meanwhile in the men’s quarterfinals bouts played earlier in the day, Amit Panghal emerged victorious while Rohit Mor (57kg) made exit with a 0-5 loss to Thailand’s Rujakran Juntrong. Panghal, the silver medallists of the 2019 World Championships, won comfortably against Thanakon Aonyaem of Thailand by unanimous decision in the men’s 52kg contest. Bhagyabati kachari also made her way into the women’s 75kg semi-finals after outperforming another Thai opponent Pornnipa Chutee in 5-0 win.