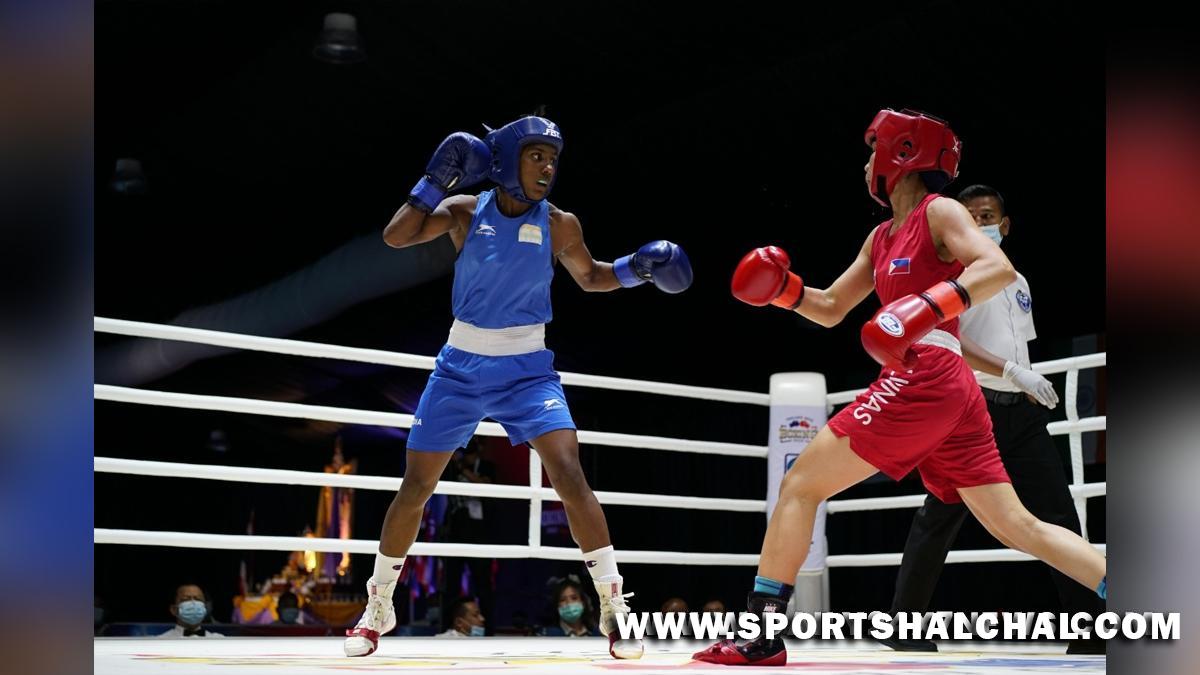 New Delhi : Indian boxer Monika handed a shock defeat to the two-time world championships medallist Josie Gabuco of Philippines to enter the women’s 48kg semifinals at the 2022 Thailand Open International Boxing tournament in Phuket on Monday. The 26-year-old boxer Monika, who hails from Rohtak, Haryana, pulled off an impressive 4-1 victory over experienced campaigner Gubuco, who won gold and bronze medal at the World Championships in 2012 and 2008 respectively. Monika will now face Vietnam’s Tran Thi Diem Kieu, who received bye in the last round, in the semi-final. Ashish Kumar and Manisha were the other two Indian pugilists who also made their way into the semi-finals with contrasting wins against their respective Thai opponents.

While returning to the ring for the first time after 2020 Tokyo Olympics campaign, Ashish dominated Aphisit Khankhokkhruea during his comfortable win by unanimous decision men’s 81kg quarter-final, Manisha, who recently qualified for the upcoming World Championships as well as Asian Games, registered a hard-fought 3-2 win over the two-time youth Asian champion Porntip Buapa. Meanwhile, Renu (54kg) and Monika (63kg) ended their campaigns following defeats in the quarter-finals. Renu went down fighting 2-3 in a close contest against the U-22 European champion Italy’s Sirine Charaabi. On the other hand, Monika conceded a defeat by RSC verdict against local favourite Panpatchara Somnuek in the women’s light welter contest. On the third day of the competition on Tuesday, Sumit and Gaurav Chauhan will play their quarter-finals against respective opponents from Kazakhstan. Sumit (75kg), who received bye in the last opening round, will take on Timur Nurseitov while Gaurav (91kg) will fight against 2018 Youth Olympics champion Aibek Oralbay.