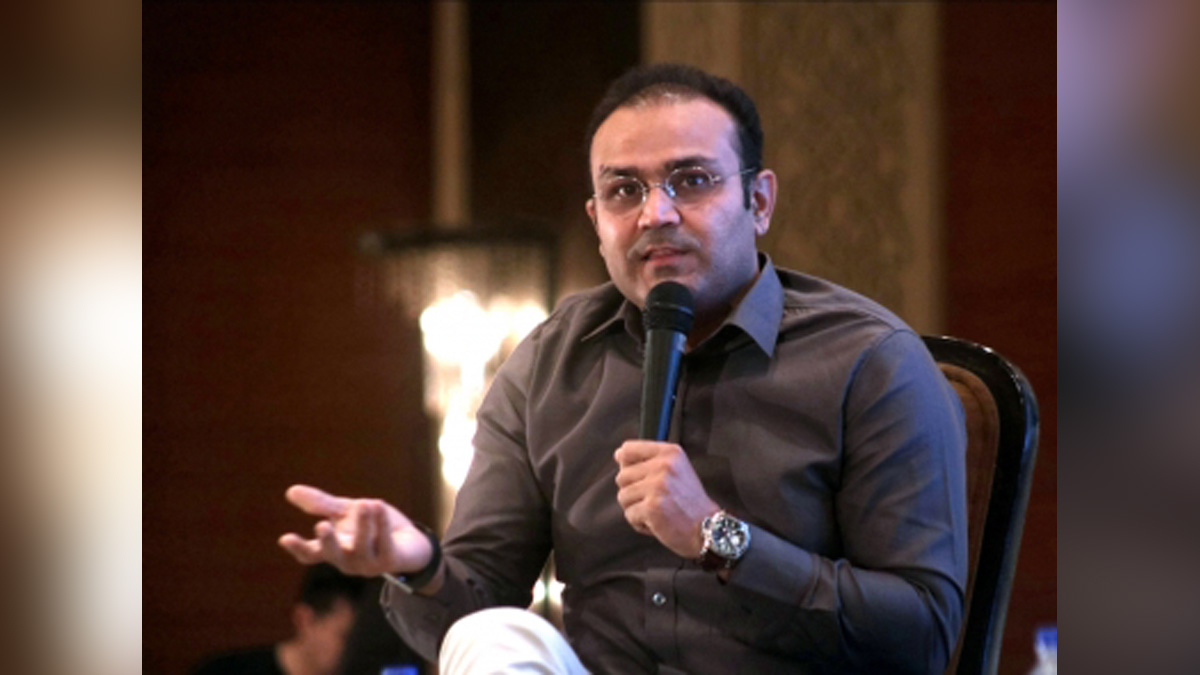 New Delhi : Former India cricketers Virender Sehwag, Irfan Pathan and Yusuf Pathan will play in the second edition of Legends League Cricket scheduled to be started from September 20 to October 10 in Muscat, Oman.”I love to be in the Cricket field.

I missed playing the 1st season of LLC but it would be great to go back into the field with the LLC season 2,” former India batter Virender Sehwag said.”Excited to announce that I’ll be back in action playing LegendsLeagueCricket in September.

Aur iss baar kuch naya bhi hone wala hai…so I am really looking forward to being in Oman,” Irfan Pathan said.After the success of season 1, Legends League Cricket is back with a second season from September 20, to October 10, which features 4 privately owned franchisees.

Yusuf Pathan said, “Practice makes you perfect. And I’m perfecting my shots for action packed season 2 of the Legends League Cricket. It was fun in January, and I am getting ready for September.”The first season of Legends League Cricket had former cricketers from India, Pakistan, Sri Lanka, Australia, England, among other cricket nations divided into 3 Teams representing India, Asia and Rest of the World.

Cricket fans all across the world saw the Legends of Cricket sweat it out at their competitive best during the first season.Raman Raheja, CEO, Legends League Cricket said, “We have four franchisees owned teams, playing 15 matches between September 20 to October 10, 2022 at Oman.

Currently we have 110 Top class players in the pool who would be put in 4 teams through a Player Draft process in early August 2022. So about 80 top players, essentially Legends of Cricket, would be playing in the upcoming season.

Players like Sehwag, Irfan & Yusuf Pathan amongst others from India, Australia, England, Pakistan, SA, Sri Lanka, etc are going to be playing together. The format is such that it would make us an International T20 League with the highest number of International Cricketers in the playing eleven.

“On Sehwag and Pathan brothers confirming their participation, he added, “We are happy to have them in the league. With this year’s season, we are going to make a bigger impact not only on the viewers but also some handsome gains for the players’ fraternity as well.

We expect the league to further add to the huge fan following in the years to come.”Ravi Shastri, Commissioner of Legends League Cricket said, “The Carnival of Legends is back. Top Cricketers from around the world would be seen coming together.

These players have contributed immensely to cricket throughout their career. I am looking forward to watching them play the Legends League Cricket second season.”