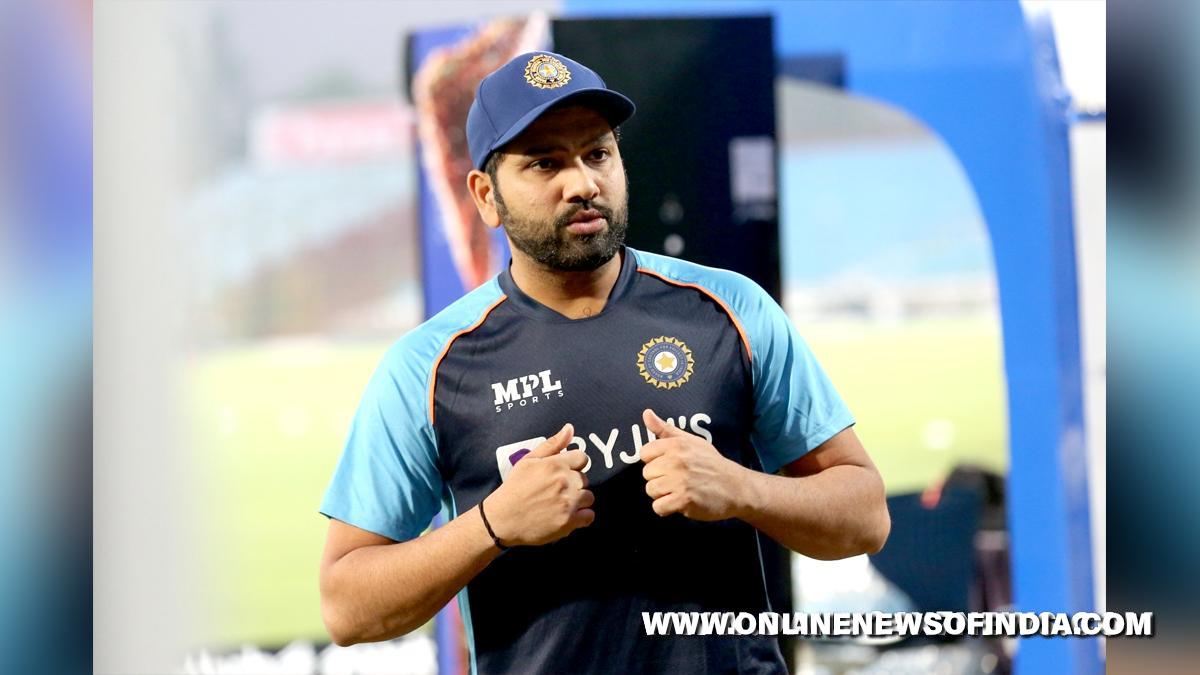 We just need to set the template right, which is very important : Rohit Sharma

Jaipur : India T20I captain Rohit Sharma said that the team needs to get the template right in the format. He added that India needs to form its own template rather than following some other team’s formula. Sharma and head coach Rahul Dravid addressed the pre-match press conference ahead of the first T20I against New Zealand on Wednesday.”I think the template is a very important one. We just need to set the template right, and we have got some time to do that. India has been brilliant in T20Is but it’s just that we just haven’t won an ICC tournament. But we have played and performed well as the team. Of course, there are some holes that we need to fill up and make sure that they are looked after. That will be the biggest challenge as the team to do that. I’m not saying we should follow certain team’s template. We just have to follow and create our own template, which is best and right for our team,” said Sharma.Throwing further light on the significance of template in T20s, Sharma added, “It’s important because when you compare it to Syed Mushtaq Ali Trophy or the IPL, where our Indian boys play, they play differently in their franchise, Syed Mushtaq Ali Trophy and the Indian team.

We strictly want to assign the role that we want them to do here because at the end of the day, what they do here matters. For that, it can take a while or few games as well. For us, it is important to give them that long rope and confidence to do their role to perfection. It will be about that as we are starting fresh after the World Cup. We have set some ideas and thoughts for this particular series now. Let’s see how that pans out and we will take it from there.”Sharma insisted Kane Williamson’s absence from the series won’t affect their planning against other New Zealand players. “They are a very formidable team. Over the years, we have seen that. They play well as a team. Having said that, this team is not dependent on one individual. I know Williamson is not there. He is a big player and leads the team well. But there are other individuals who can take the game away from the opposition on any given day. For us, we just have to focus on entire team of theirs. Like in the World Cup, they had different players who performed well during different times. The idea and focus will be on their entire unit. Kane Williamson definitely will be missed by them but there are ten other brilliant individuals.

“Sharma insisted that his predecessor, Virat Kohli’s role as a batter won’t change in the new set-up, terming him as an ‘impact player’. “It’s very simple. What he has been doing for the team till now, his role will remain the same. He is a very important player for the team. He is an impact player who leaves an impression whenever he plays. He is an extremely important player from the team’s point of view. Everybody will have a different role, be it be batting first or bowling first, roles will be different in the team. Based on that, roles will keep changing. Everyone is open to that. I am sure when Virat comes back, he can only strengthen our team because of the experience and the kind of batsman he is. It’s only going to add up to our squad.”Sharma agreed with head coach Dravid on monitoring the workload of players in the Indian team. “Workload management is a very important thing. It is important to monitor body after playing many matches. All the boys who are here aren’t machines who can come on the ground and play back-to-back. It is important for players who are playing for long to take some time off because freshness is necessary, like you can see from giving many guys rest. A lot of guys will be taking rest from Test series as we want all our players to be in good mental state and be fresh for the challenges ahead. It’s very simple, we have to monitor every series we play and see what we can do after that.”