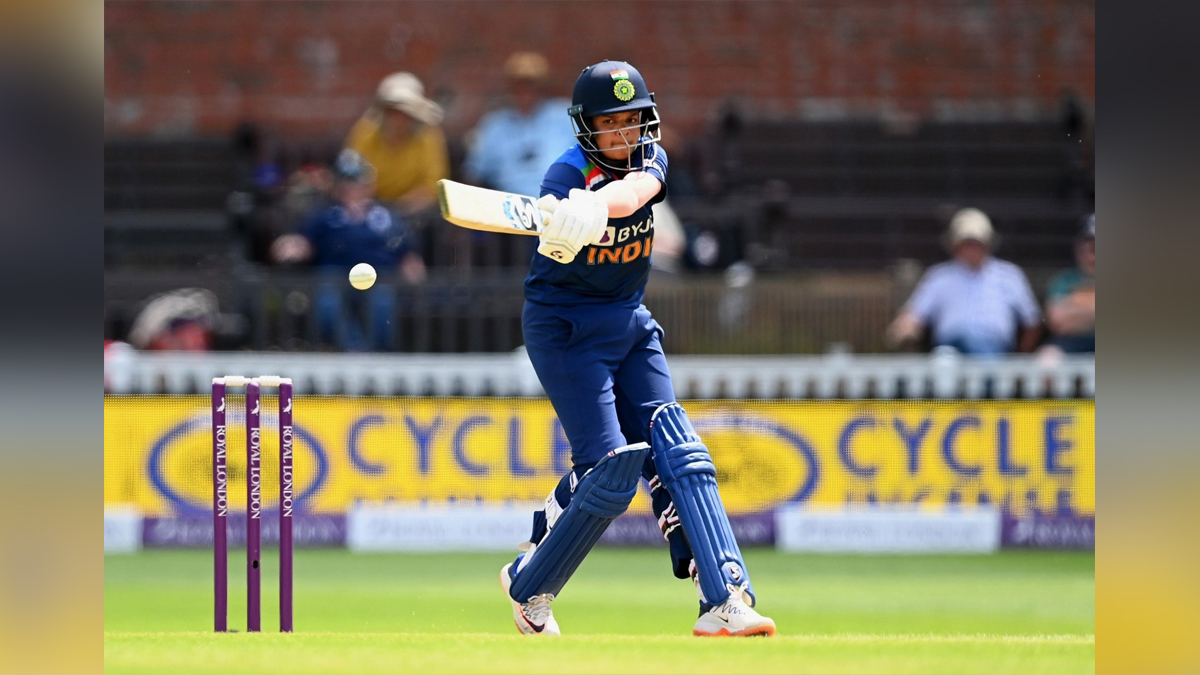 Will provide Shafali Verma enough match-time to get her confidence back : Harmanpreet Kaur

Sylhet (Bangladesh) : India skipper Harmanpreet Kaur has backed young opener, Shafali Verma, to come good in the Women’s T20 Asia Cup, saying that she will be given enough match-time to get her form and confidence back.Shafali finished the recent tour of England without a fifty across three T20Is and as many ODIs.

Moreover, in six innings on the tour, she got out in single digits four times and didn’t show much footwork at the crease, as seen from England fast bowler Kate Cross castling her in ODIs at Canterbury and Lord’s with inswingers.

Shafali hasn’t hit a fifty in her last 18 T20I innings, since making 60 against South Africa at Lucknow in March 2021. But she did show glimpses of her big-hitting prowess with 48 off 33 balls in India’s opening match against gold winners Australia in the 2022 Birmingham Commonwealth Games.

“In whatever net sessions have happened till now, she is doing really well. Talking about her performance, it is part of anyone’s life. Sometimes you may bat well at nets but can’t replicate the same on the field and are unable to continue it.

She is looking good and it is just a matter of spending time at the crease to come out of that (rough) patch and then get your form back.””She is working hard every day and this platform is a great opportunity for her to be back among runs as you can express yourself and play freely.

We are backing her and will try to give them enough match time so that she can get her confidence back,” said Harmanpreet in the pre-match press conference ahead of India’s first match in the Women’s T20 Asia Cup against Sri Lanka.

Harmanpreet added that middle-order batter Jemimah Rodrigues will be back in the side after missing a tour of England due to a hand injury. “Jemi is back. She is fit and fine. Today, she batted in the nets and was looking absolutely fine.

On her fitness, I think she is fit.”Apart from Shafali and Jemimah, other players in the side like Sabbhineni Meghana, Dayalan Hemalatha and Kiran Navgire will be given chance to push for a spot in the Women’s T20 World Cup, which will be held in South Africa next year.

The trio have had scored lots of runs in domestic matches and have been around the national side for some time.”Our first target will be giving enough chances to other players who didn’t get so far. Definitely, there are a lot of areas where we want to work as a team, especially on how we want to use the first six overs (with the bat).

If somebody else comes in, they can also get a chance to spend some time in the first six overs. In the middle order, we will try to shuffle our batting order so that other people can get it sometimes.””In the last few overs (with the bat), we have some hard hitters and can give them enough chances.

In bowling also, we will try a different kind of combinations. Because this tournament is very important for us, and it’s a great platform where other players who haven’t got chances, they can come in and perform because if you perform here, you get a lot of confidence towards the World Cup.

So, a lot of areas to work as a team and we are looking forward to that.”After the Women’s T20 Asia Cup, India have five-match T20I series against Australia at home in December, giving the side plenty of time to zero on their combinations for the T20 World Cup.

“We are going to play a lot of T20 games than the ODI format because (T20) World Cup is coming forward. We want to play more T20s so that before going to the World Cup, we can get a good number of matches to play.

That is the target – the more T20 games we get to play, other players who haven’t got chances, they can also get enough chances and match time before the World Cup,” concluded Harmanpreet.

Whatever we have done, it was within the rules : Harmanpreet Kaur on Charlie Dean run-out