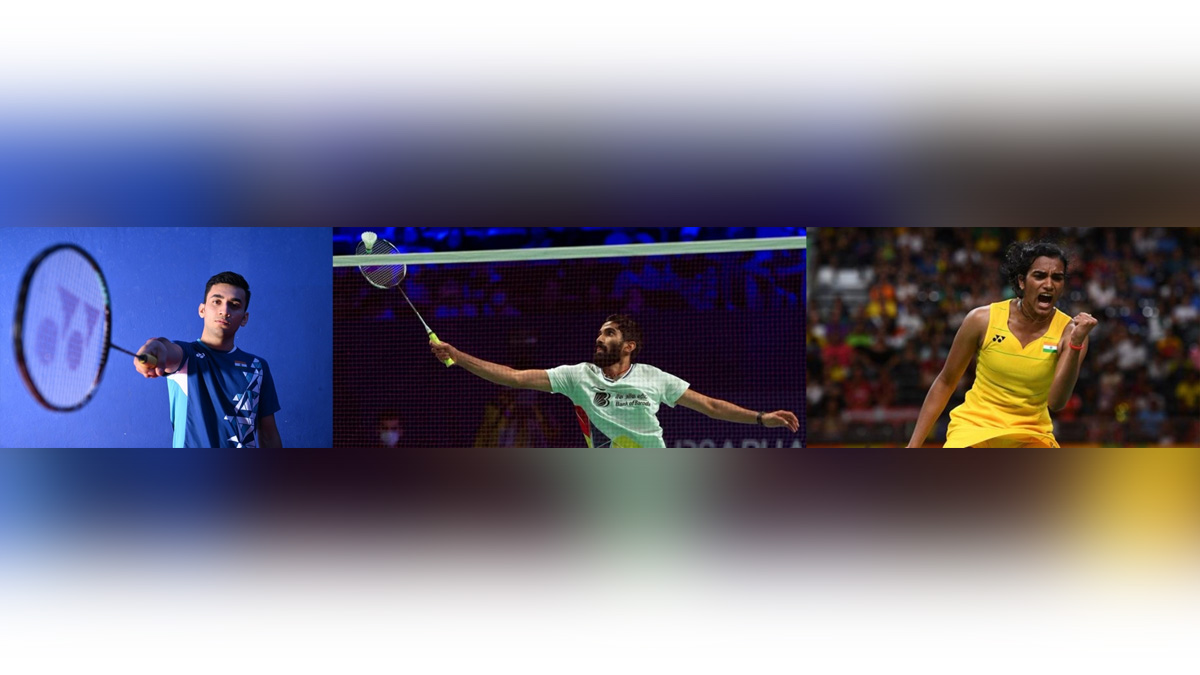 Mumbai : The 2018 edition of the Commonwealth Games at Gold Coast was a breakthrough year for India in badminton. It was in this edition that India bagged seven medals two gold, three silver and two bronze and emerged as the most successful nation in the Games badminton competition.

Badminton, which made its CWG debut in 1966 in Kingston, Jamaica, has seen India achieve sporadic success thanks to Prakash Padukone (1978), Syed Modi (1982), and Parupalli Kashyap (2014) winning the men’s singles crowns while Saina Nehwal bagged the women’s singles gold twice — in 2010 in New Delhi and at Gold Coast. Overall, England and Malaysia have dominated the event till 2018 when India emerged No 1.

It was also in 2018 that India captured gold in the mixed team competition for the first time in Commonwealth Games. India dominated the women’s singles as Saina Nehwal bagged gold medal in the women’s singles title beating compatriot P.V. Sindhu in the final at Gold Coast.

This time Sindhu will spearhead India’s campaign in the 2022 Commonwealth Games in Birmingham, hoping to convert her silver of four years ago to gold, as Saina has been left out as she skipped the trials.

In these four years, Sindhu has become a stronger player, climbed the women’s badminton peak as the World Champion in 2019 and also did well on the circuit, winning her second medal (a bronze) in the Olympics at Tokyo.

Sindhu is in superb form going into the Commonwealth Games, having won the Singapore Open a few days back. This year she also won the Swiss Open and the Syed Modi Memorial in New Delhi.

Lakshya and Srikanth, who claimed silver behind Malaysian legend Lee Chong Wei in 2018, are placed 10th and 11th in the BWF World Ranking and should be seeded third and fourth respectively behind Malaysia’s World No 5 Lee Zii Jia and Singapore’s Loh Kean Yew, ranked 9th in the world.
Both of them are going through a lean patch after some superb results earlier in the year. After winning the India Open title in Delhi in January, Lakshya reached the finals of the German Open and All England.

Since then, he figured in the Thomas Cup winning squad but managed to reach the quarterfinals only at the Indonesia Masters in June, making early exits at Korea Open, Asia Championships and Indonesia Open in June.

Srikanth too had a similar trajectory as the former World No 1 suffered early losses in Singapore, Indonesia, Thailand and Badminton Asia Championships, All England and India Open this season.

He reached the quarterfinals in the German Open and semis at the Swiss Open and Korea Open besides playing a crucial role in India’s maiden triumph in Thomas Cup in May.

If Srikanth, Lakshya, Sindhu and the men’s doubles pair of Satwiksairaj Rankireddy and Chirag Shetty play to their potential, India should retain the Mixed Team title they won in Gold Coast.

India will also be hoping for a medal from the men’s doubles pair of Rankireddy and Shetty, who is ranked eighth in the World. The silver medallist from Gold Coast 2018, who won the India Open in January this year and reached the quarterfinals at the All England, the Korea Open and Badminton Asia Championships this season.

The world No. 8 pair had some superb outings in the Thomas Cup, contributing to India’s sensational win over Indonesia in the final by beating a strong combination in Mohammad Ahsan and Kevin Sanjaya Sukamuljo.

They were troubled by an injury to Chirag Shetty but seem to have recovered. India’s top men’s doubles pair has made the most of the special foreign coach arranged by the government for them and has improved a lot in recent years.

Besides these tested and proven campaigners, one should also look out for young women singles player Aakarshi Kashyap and the rookie women’s doubles combination of Treesa Jolly and Gayatri Gopichand, who will be making their CWG debut. In 2018, Ashwini Ponnappa and N Sikki Reddy had won bronze in women’s doubles. This time around she will be participating in the mixed doubles with B Sumeeth Reddy.

All in all, if the players perform to their potential, India should have another productive campaign at the Birmingham Commonwealth Games.