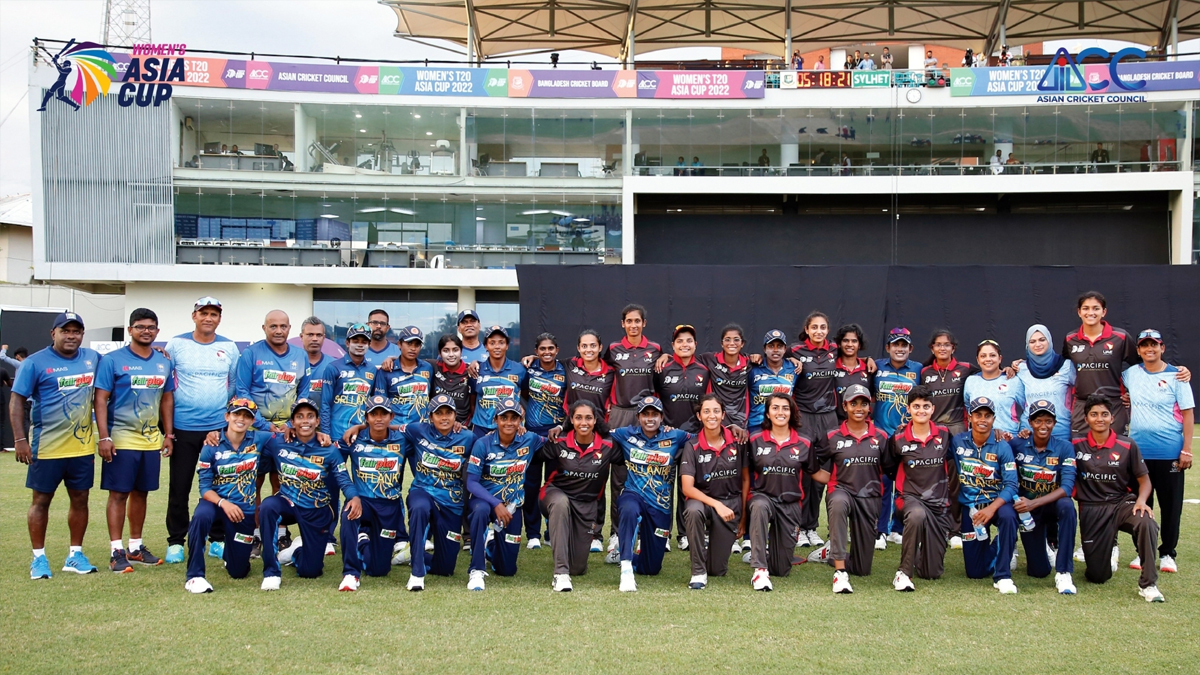 Sylhet (Bangladesh) : Sri Lanka managed to open their account in the Women’s Asia Cup after surviving an almighty scare from the UAE in a rain-affected 11-run win at the Sylhet International Cricket Stadium (SICS) on Sunday.After Mahika Gaur (3/21) and Vaishnave Mahesh (3/15) restricted SL to 109/9 in 20 overs, UAE were cruising at 20/1 in their first four overs to reach the target.

But after rain re-adjusted their target to 66 off 11 overs, the batters failed to step up and could make only 54/7.After Sri Lanka captain Chamari Athapaththu opted to bat first in her 100th T20I match, becoming the first women’s player from Sri Lanka to reach the achievement, she was the first to fall, as Mahika dismissed her on just her second delivery.

Hasini Perera was next to depart, stumped by a quick Theertha Satish in the first over of Suraksha Kotte. Harshitha Madavi top-scored with 37 before falling to Vaishnave while trying to clear the infield.

Vaishnave went on to dismiss Kavisha Dilhari and Nilakshi de Silva to get her three-fer. Mahika, on the other hand, took out two more Sri Lanka batters to restrict them to a lowly 109/9.In reply, UAE reached 20/1 for the loss of Esha Oza after four overs when the match was interrupted by rain.

When the match resumed, UAE were given a target of 66 runs in 11 overs as per the DLS method.That’s where the pressure began to come in and UAE began to crumble. Kavisha Egodage hit one to mid-off on Dilhari’s ball, and Theertha Satish was dismissed in a caught and bowled dismissal off Sugandika Kumari.

From there, the slide continued for the UAE as they fell short by 11 runs, with Kavisha and Inoka Ranaweera picking two scalps each as Sri Lanka bounced back well after a 41-run loss to India in their tournament opener.