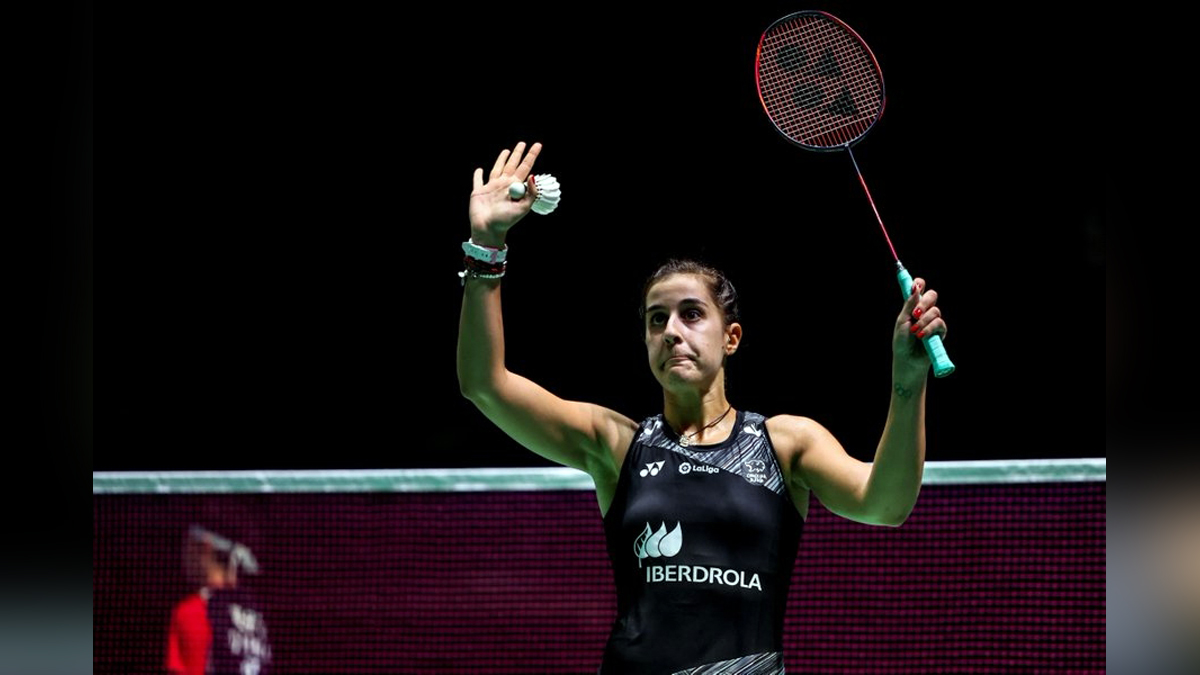 Tokyo (Japan) : Olympic champion Chen Yufei of China edged past Thailand’s Pornpawee Chochuwong in a three-set thriller to reach the women’s quarterfinals at the World Badminton Championships here on Thursday.The fourth-seeded Chen, who surrendered an 11-7 lead in the second set, defeated Chochuwong, known in China by her Chinese name Li Meimiao, 21-17, 17-21, 21-10 in 75 minutes.

Chen will next take on Canada’s Michelle Li, who upset former world champion Ratchanok Intanon of Thailand 25-23, 16-21, 21-13, reports Xinhua.Carolina Marin, the Rio Olympic champion and three-time world titlist, also survived a scare to advance to the last eight.After dropping the first set to China’s He Bingjiao 21-16, the 29-year-old Spaniard took the second 21-17 and saved four match points to win the third 22-20.

Marin will next meet defending champion and world number one Akane Yamaguchi, who advanced to the quarterfinals after defeating compatriot Sayaka Takahashi.Elsewhere, last year’s beaten finalist Tai Tzu-Ying of Chinese Taipei cruised to the last eight by crushing Thi Trang Vu of Vietnam 21-15, 21-10.

On the men’s side, Indonesian Anthony Sinisuka Ginting came back to eliminate China’s Shi Yuqi, while Shi’s compatriot Zhao Junpeng rallied past Lee Zii Jia of Malaysia to reach the last eight.Ginting took six straight points to overturn the third set while trailing 18-15 to break the winless record against Shi, who had led a 6-0 head-to-head record.

“Today was not an easy game and tomorrow’s will be much tougher, so I will do my best and enjoy it,” said Ginting.Ginting will next meet top-seeded Viktor Axelsen of Danmark, who reached with a victory over Thailand’s Sitthikom Thammasin in straight sets.

Facing the fifth seed Lee, unseeded Zhao showed his toughness at the crucial moments.Zhao was down 14-10 in the third set, but he took four points in a row to tie the score and then scored two decisive points at 19-19 to seal the win.”I didn’t even look at the score during the match, I didn’t get distracted by the score, I just play every round well,” he said.