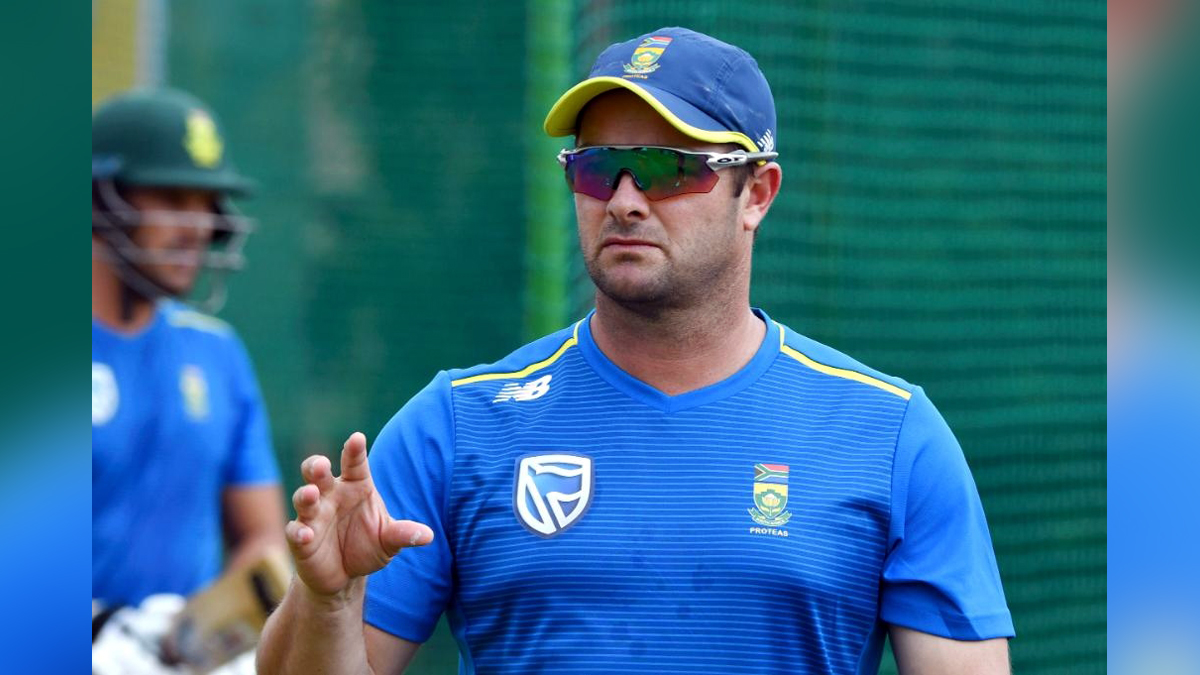 Mumbai : Mark Boucher, Mumbai Indians’ new Head Coach, on Tuesday said that the upcoming season of the Indian Premier League (IPL) will centre around lifting the team from last year’s poor season and getting back to standards that are expected of them by their fans.

To do that, Mumbai Indians will have to rebuild their squad and fill some of the gaps that had appeared during the 2022 season played in Mumbai and Pune. With just over two weeks left for the IPL 2023 auction, the rebuilding process is already underway in the Mumbai Indians camp, and Boucher said one of the core areas he wants to build ahead of the next season is the Mumbai Indians’ attitude of never giving up after a setback.

You can get knocked down but you’ve got to get up again and for me, this year is about the getting-up stage and there won’t be any complacency,” Boucher was quoted as saying by Mumbai Indians in a release.He added that Mumbai will certainly benefit from the home advantage with fans at the Wankhede Stadium saying that they will have a big role to play in Mumbai Indians’ campaign for the 2023 season.

Talking about the role of fans, Boucher said, “The fan base of Mumbai Indians is very important. If we get our fans behind us, it is going to be a plus playing against any team here in our hometown city. We are really looking forward to seeing some good support.”

One of the advantages that Boucher will have, is the experience of many senior players in his squad and coaching team. It isn’t a stretch to say that a never-give-up attitude is embedded in the Mumbai Indians’ system, and Boucher said the focus will be on just tapping into that again to get the team back on track.

“I’m sure a lot of the guys are really looking forward to getting Mumbai Indians back to where they should be and that’s at the top of the table,” he said.”We’ve got to play some good cricket, we’ve got to respect other opposition as well which we will do.

But we’ve got to try and look after ourselves and make sure that everyone is pulling in the right direction to try and get us back to the top again, and that’s my job as a coach, to try and get them into that sort of space.”Mumbai Indians are now gearing up for the auction, which will take place later this month.