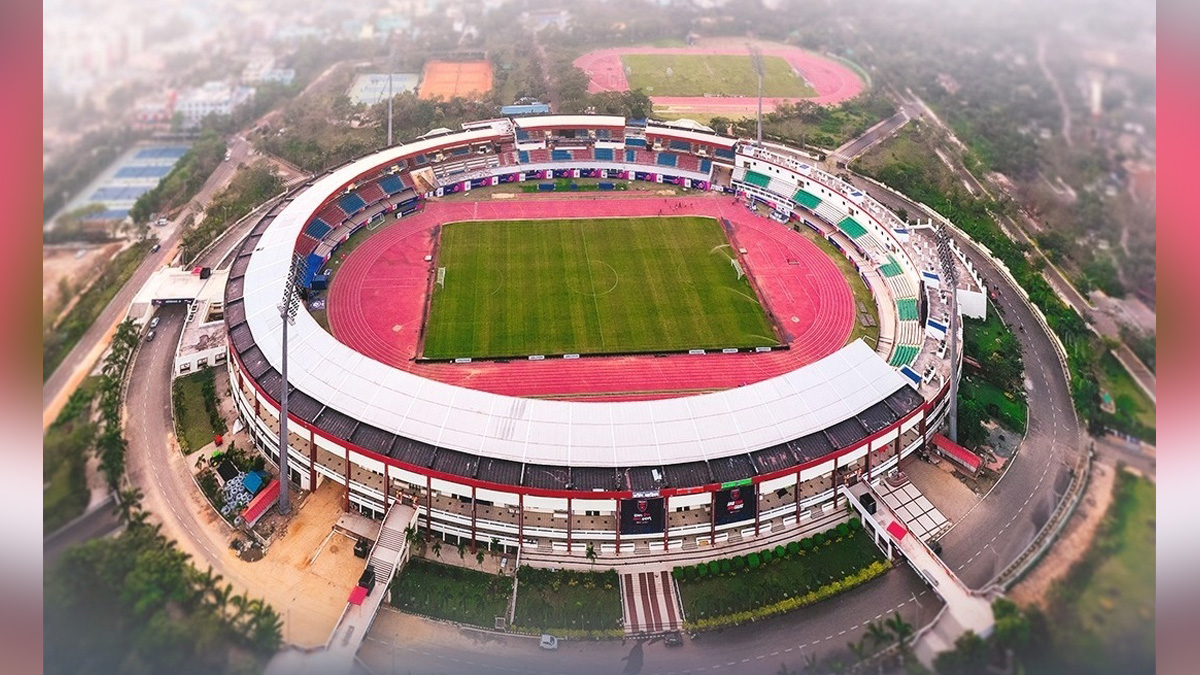 Bhubaneswar : Bhubaneswar, the city of temples which was nowhere in the sports map of India, has now become a favourable destination for Indian athletes to prepare for national and international sporting events.

The Kalinga Stadium located in the heart of Bhubaneswar is nowadays known as one of the best sports hubs in India for its world-class infrastructures and facilities.

The city has successfully organised nearly a dozen international hockey tournaments and several other sporting events in past five years and it is all set to host the 2023 nen’s hockey World Cup.

People’s love for hockey and world-class infrastructure has made the city the home of of the game. However, it is not only restricted to hockey alone, as rugby, swimming and football are also the key disciplines that are nurtured here.

Owing to this model, Odisha has grown and evolved into a sports hub and is the preferred destination for different federations. National and international athletes have been vocal about Odisha’s sports ecosystem.

In 2018, right before the men’s hockey World Cup, Odisha took the step to support and sponsor the national men’s and women’s hockey teams for five years, and the result was seen at the Tokyo Olympics.

After four decades, Indian men’s team brought home a medal (bronze), while the women’s team made a historic fourth place finish.There was euphoria in the country and it was a matter of pride that Odisha played a significant role in the revival of Indian hockey. After the Olympics, Odisha extended its support for Indian hockey by another 10 years.

Odisha is also the only state to set up a bouquet of high-performance centres at the stadium in disciplines including hockey, swimming, football, athletics, weightlifting, sports science and badminton, in partnership with leading corporates likes the Tata Group, JSW Sports, Reliance, among others.

Odisha continues to transform its sports landscape, thus empowering its athletes. It has created a defined talent identification pathway for their transition from grassroots to elite levels. Coupled with myriad welfare schemes, financial support and sports infrastructure enable them to stay focussed on their sporting journey.

The sports science centres at the Kalinga Stadium, which include the Abhinav Bindra Targeting Performance Centre and the Khelo India State Centre of Excellence, are equipped with high-end machines and are led by a team of professionals to help analyse and maximise the performance and endurance of the athletes, both national and international.

Currently, the high-performance centres (HPC) for hockey, swimming, football, weightlifting, shooting, athletics and sports science are operational and the badminton HPC will be completed in the coming months. In addition, work on the centre of excellence in sports management is also going on in full swing.

The Biju Patnaik swimming pool complex at the Kalinga Stadium successfully hosted the Junior Aquatic Nationals. It also hosted the national camp for water polo wherein the Serbian national team engaged in friendlies. Once the aquatic centre is operational later this year, it will be a hub for grooming swimming champions for India.

Asmita Barla, captain of Odisha senior women’s hockey team, said, “Odisha government has created a wonderful sports environment both at the state and district level. We get to reside at the sports hostel at Kalinga Stadium and train under the guidance of expert coaches.

“With new infrastructure for hockey coming up, particularly at Sundargarh and Bhubaneswar, we are sure to have larger number of players from the state representing the country.”