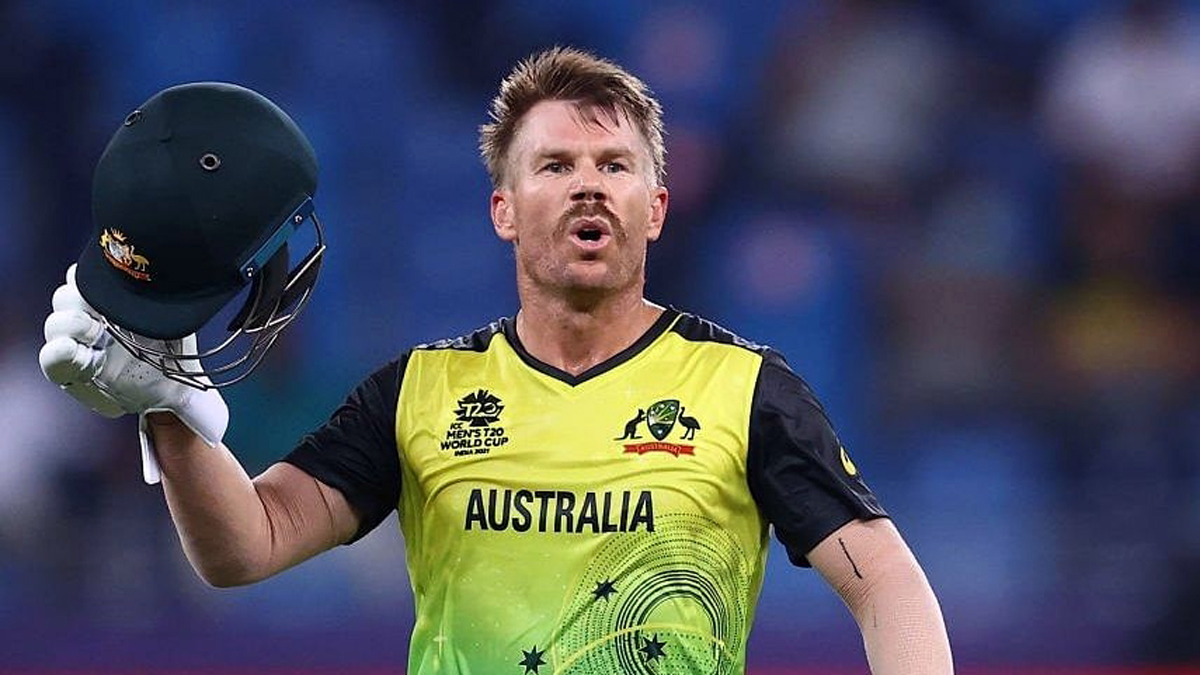 Carrara (Gold Coast) : An almost full-strength Australia squad, including David Warner and Mitchell Marsh, will be up against the West Indies in a short two-match T20I series beginning at the Metricon Stadium here later on Wednesday, with both sides looking to give final touches to their preparations ahead of the T20 World Cup, beginning on October 16.

Dashing opener Warner, who was rested from the three-match T20I India tour, will be back along with Marsh who was sidelined due to an ankle injury and pace spearhead Mitchell Starc, who was tending to a knee issue.

However Ashton Agar and Kane Richardson, who are both members of Australia’s 15-member T20 World Cup squad, are not part of the series.”We have and are taking a cautious approach with the World Cup on the near horizon,” National Selection Panel (NSP) Chair George Bailey was quoted as saying by cricket.com.au.

“We anticipate Kane and Ashton will return for the following series against England (before the World Cup).”Marcus Stoinis is missing the series after the all-rounder aggravated a side strain in the ODI series against New Zealand in September, and he sat out the subsequent T20I tour to India.

He is currently recuperating in Perth and is preparing for the series against England where he is expected to re-join the squad there, according to the report.West Indies have made several changes to the squad that struggled at last year’s edition of the T20 World Cup in the UAE, retaining just five players from their squad of 15 with Chris Gayle, Dwayne Bravo, Andre Russell, Andre Fletcher, Lendl Simmons and Kieron Pollard among the big names missing.

They are also without Shimron Hetmyer, who was dropped by Cricket West Indies (CWI) after missing his flight to Australia. He has been replaced in the World Cup side by Shamarh Brooks but it’s unlikely the cricketer will be part of the two-match series as he is yet to arrive in Australia.