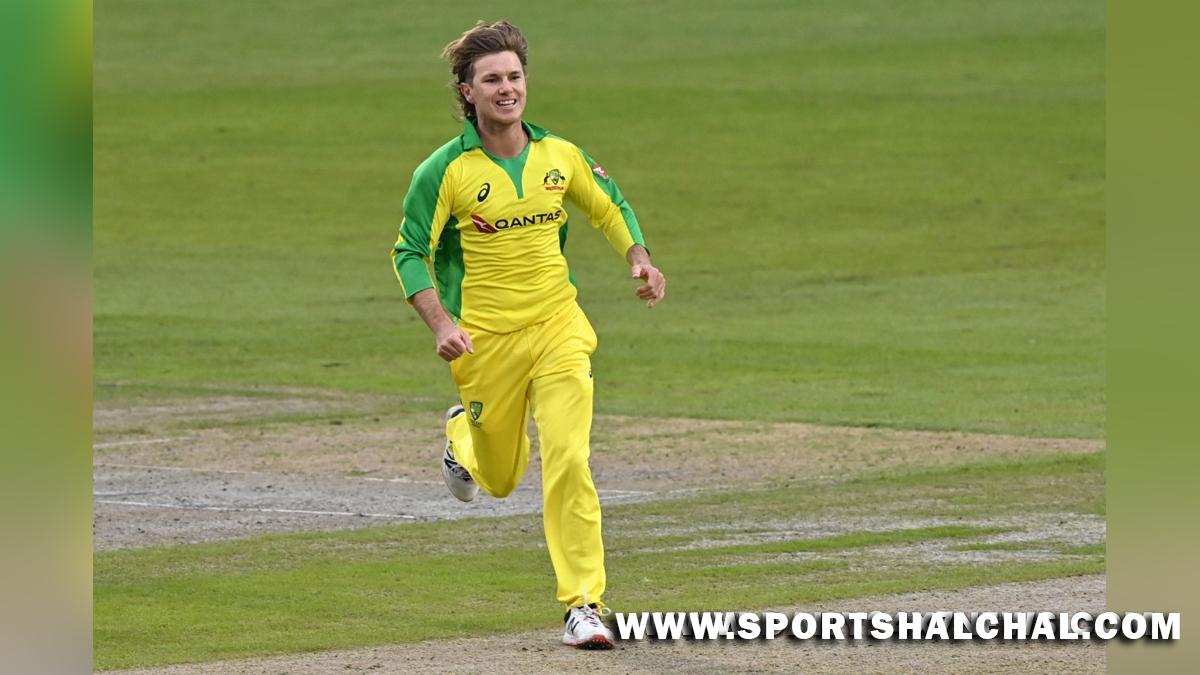 Lahore : Australian leg-spinner Adam Zampa has said that white-ball skipper Aaron Finch’s backing has been a massive help as he prepares for the three-match One-day International (ODI) series against Pakistan beginning with a D/N game at the Gaddafi Stadium here on Tuesday. Following the 1-0 Test series win under captain Pat Cummins, Australia, under limited-overs skipper Finch, will hope to clinch the ODI series and the one-off T20I in the subcontinent, and the 29-year-old Zampa’s experience will come in handy in sub-continental conditions. Zampa will be leading an inexperienced Australian bowling attack, which is without pace bowling stalwarts Cummins, Mitchell Starc and Josh Hazlewood, who are competing in the Indian Premier League (IPL). “Aaron Finch has helped me massively with my game. He backs me in when I’m out there and lets me run my own show with my bowling, and he’s been really good with his own ideas as well.

He’s been a big backer of mine, same with Andrew (McDonald, the interim head coach),” said Zampa, a veteran of 64 ODIs and 61 T20Is. One of the leading white-ball bowlers in the world, Zampa is the second-most capped player in Australia’s depleted side for the ODIs against Pakistan, with Finch the only one to have played more than Zampa’s 125 limited-overs games for the country, according to cricket.com.au. Zampa has made a huge comeback since his axe during the 2019 World Cup and is one of Australia’s most reliable limited-overs players. He was right at the top of his bowling prowess during last year’s ICC T20 World Cup title triumph in the UAE. On his frequent exclusions from the side in the last six years and now finally becoming an integral member of the white-ball side, Zampa said that he’s now much more confident and doesn’t have to worry too much about his place in the team. “I feel like I don’t have to look over my shoulder too much with selection (anymore). I definitely feel more comfortable in this team. I guess when you’re younger, you naturally probably look over your shoulder, you doubt yourself a lot more.

(But) you have ups and downs in your career and ups and downs with selection, everything like that adds up … you build up a bit of a defence, you build up confidence (and) experience,” said Zampa. “I feel like at this point in my career, I’ve played 65 ODIs and probably the same amount of T20s for Australia, I have built up a game plan, (I have) certain preparation that I feel I need to succeed at this level. I’ve been in this team for six years now. You never probably want to use the word comfortable, but I definitely back myself in a lot more these days.””I feel like I can go out there and experiment and put things on the line for the team to try and do my role,” added Zampa. Limited-overs series schedule: March 29: First ODI, Lahore; March 31: Second ODI, Lahore; April 2: Third ODI, Lahore; April 5: Only T20I, Lahore.