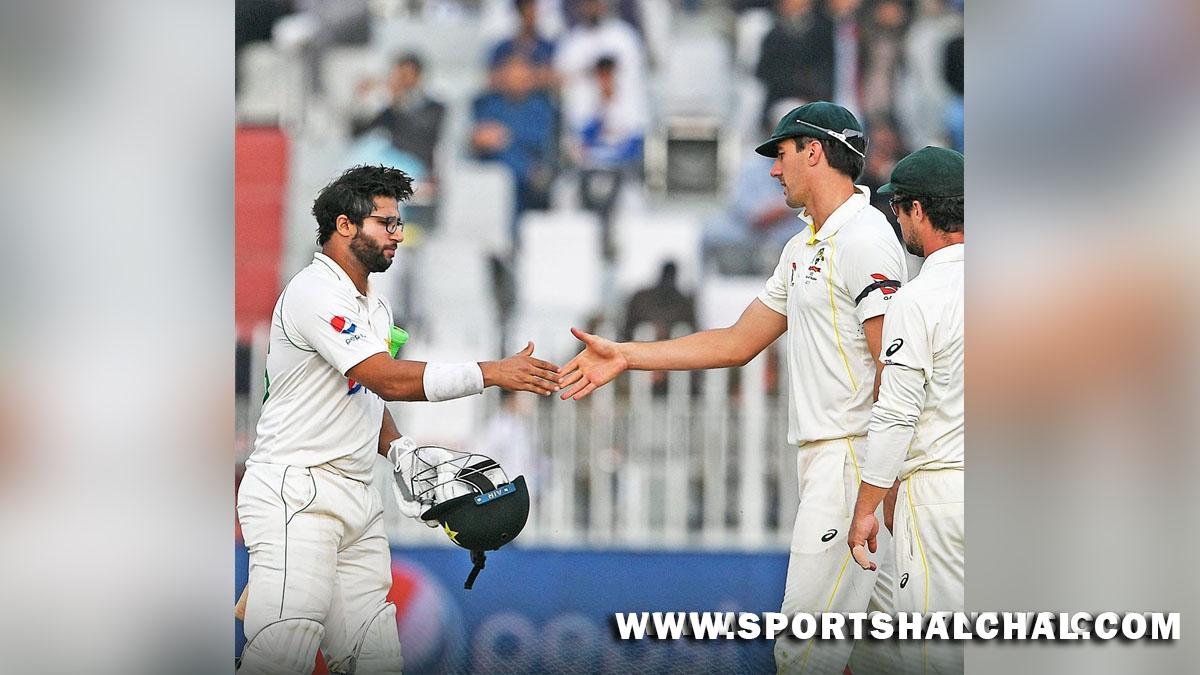 Karachi : Pakistani and Australia the top two teams in the ICC World Test Championship standings will hope to infuse some life into the three-match series when the second Test commences at the National Stadium here on Saturday.After a drab opening Test in Rawalpindi with the ICC Match Referee Ranjan Madugalle too giving the pitch a ‘below average’ rating the two sides would like to make changes to their sides to bring the historic series back to life.Just 14 wickets fell across five days in the historic Rawalpindi Test and all stakeholders will be hoping for a better-prepared pitch for the second Test. With a pitch more conducive to five-day cricket likely for the second Test, both teams will like to inject some fresh faces into their line-up in an attempt to gain a positive result.Pakistan may look to re-shuffle their pace attack with Hasan Ali, Haris Rauf and all-rounder Faheem Ashraf all in contention, while Australia are expected to include a second spinner should the conditions suit.Uncapped leg-spinner Mitchell Swepson may get to partner the experienced Nathan Lyon, while left-arm spinner Ashton Agar could also be given a chance to impress.

History suggests Pakistan will be hard to beat in this contest, with the hosts having won 23 and lost just two of the 43 Tests they have played at the National Stadium.Australia have a poor record at the venue and are yet to win a Test in eight attempts at the ground.Australia currently sit on top of the ICC World Test Championship standings with a 77.77 win percentage, while Pakistan is second on a 66.66 win percentage, according to ICC.It was at this ground almost 24 years ago that Pakistan all-rounder Shahid Afridi had made his Test debut and the then 18-year-old made an instant impression by claiming his maiden five-wicket haul during Australia’s first innings.The match went on to be drawn, with Mark Waugh’s 117 in the second innings negated by an unbeaten 120 from Ijaz Ahmed on the fifth and final day as both sides shook hands early. Interestingly, a dry Karachi pitch meant both teams selected three spinners for the Test.