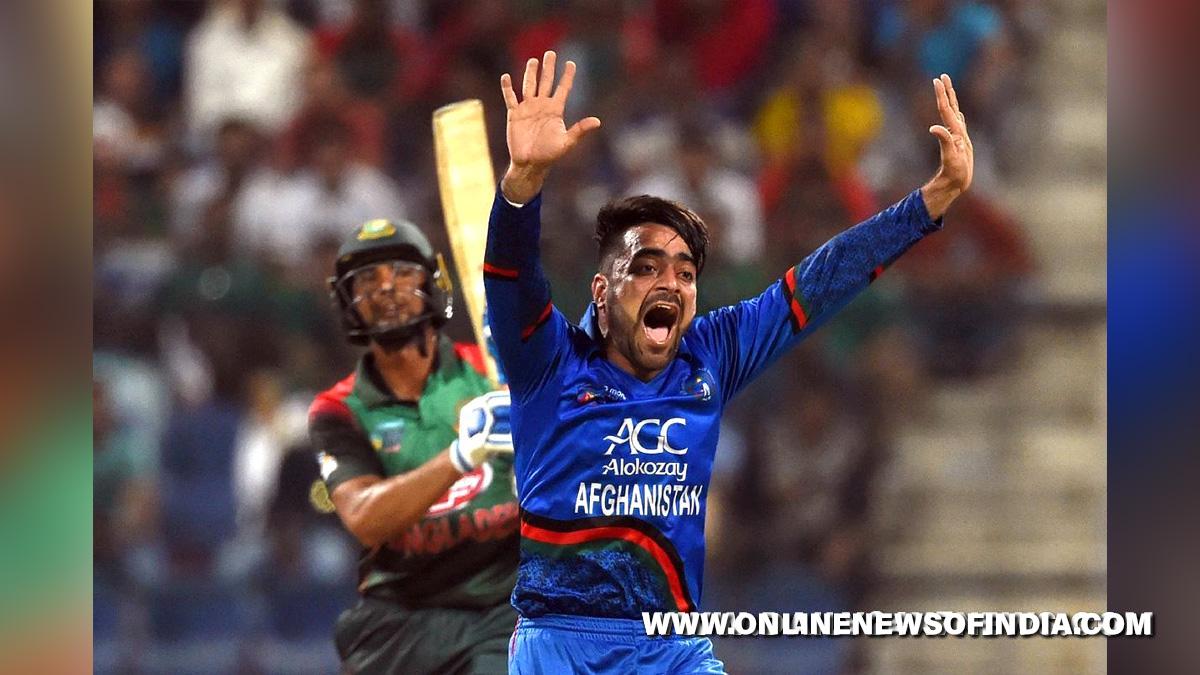 Sharjah : With Afghanistan’s Rashid Khan and Mujeeb Ur Rahman leaving Scotland in a spin during the ICC T20 World Cup ‘Super 12’ game on Monday evening, Naveen ul-Haq said that his side will fancy their chances against Pakistan when the neighbours clash on October 29.Afghanistan’s spin attack was on full display at the Sharjah Cricket Stadium on Monday with Rashid (4/9 in 2.2 overs) and Mujeeb (5/20 in 4 overs) reducing Scotland batters to pulp, and notching up a 130-run victory by dismissing the rivals for 60 runs after amassing 190/4.”Well, can’t say much (about Mujeeb and Rashid), it was nine wickets from them. You can’t ask much more than these two, said Naveen ul-Haq after the massive win, adding that his side would be ready for the Pakistan challenge.”We have a good side. Whoever plays good cricket on that day (game vs Pakistan), they will win. It was a good win (vs Scotland). Our players were ready for it. We were well prepared. First of all, our players were playing and participating in different leagues, so yeah, all the boys were ready for this tournament and this match,” said Naveen.

While Afghanistan haven’t played many bilateral series, their players — especially spinners — have plied their trade in lucrative leagues across the world, which has given them the confidence to play against the best sides here.The way Afghanistan used the short Sharjah boundaries on Monday indicated they had done their planning thoroughly against Scotland to prevent them from creating another upset in the tournament. Scotland had defeated Bangladesh and topped the Group to qualify for the ‘Super 12’ stage on a high.”We had this plan like left/right combination. So for both the batsmen, it was easier to target the shorter side. We had this plan and we executed that well. The first game of a tournament or a series is very important. We needed that win to start our tournament. We won’t be complacent about this win. We move forward. It was a great game, but looking forward, we still have four games to go.”Naveen added that the conditions did suit his team.”These conditions are well suitable for us, for our spinners. Moving forward into the tournament, these spinners will be our key bowlers and key weapons in this tournament. We won’t be bowling full deliveries. It’s going to be back of a length.”

Will anger and revenge be on Pakistan’s mind when they take on New Zealand?