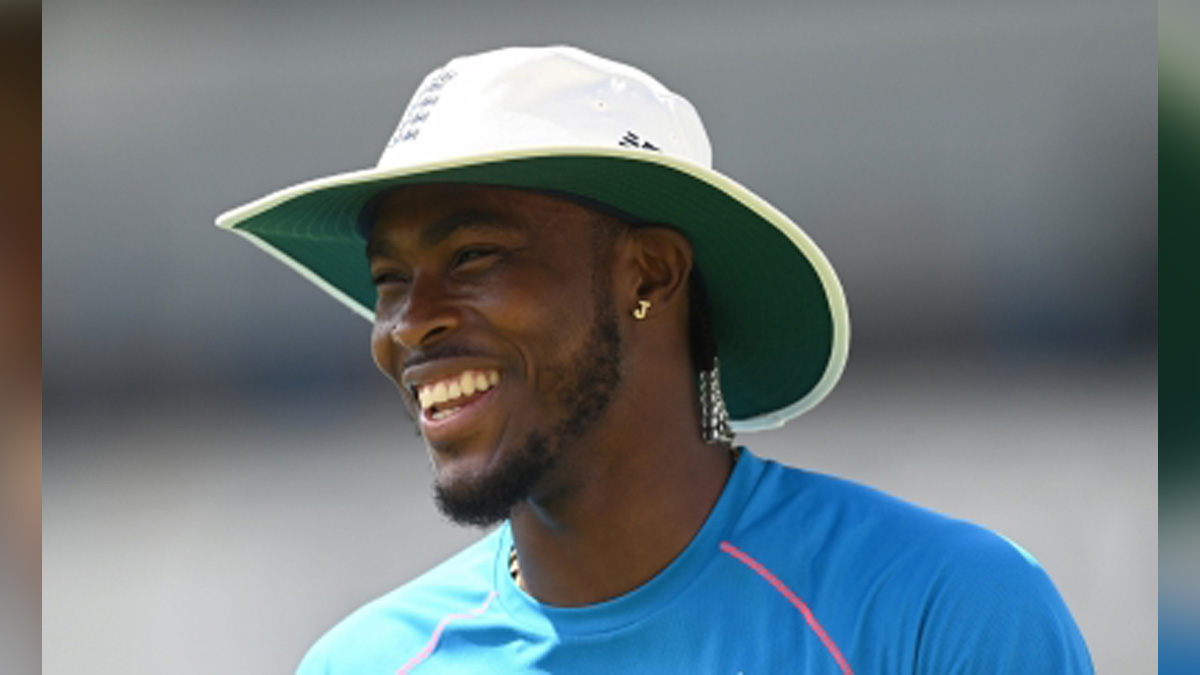 London : England pacer Jofra Archer said he is aiming a return to bowling by September this year and is optimistic about playing in the Men’s T20 World Cup in Australia in October-November.Earlier this year, Archer was ruled out of competitive cricketing action of the English season after being diagnosed with a stress fracture in his lower back.

Archer has not played for England since the five-match T20I series in India in March 2021 and had undergone three bouts of surgery since then: – first on his hand to remove a shard of glass, and two on his troublesome right elbow.

“I know I have a lot of cricket left in me, too, despite my latest setback – a stress fracture of the back that will prevent me featuring in matches this season. Although it was officially picked up by the medics in May, when I was training with Sussex, I first felt it while bowling in the nets during England’s tour of the Caribbean in March,” wrote Archer in his column for Daily Mail.

Archer revealed that his back was fine when he bowled at England’s nets ahead of the second Test against the West Indies at Barbados but things changed when he was back in England. “At the time, I didn’t think it was much.

You get pain all the time as a fast bowler and none of us ever think we’ve got a stress fracture until confirmation from scan results.””When I was in Barbados, bowling to the Test team in the nets, I was flying. I’d ticked all the boxes.

Done everything by the book. I was very strict in the gym. It felt like I’d nailed everything. Rested, rehabbed and ready. I knew something was seriously wrong, though, back in Hove. A full week after realising there was an issue with my back, the pain hadn’t subsided.

“With him enduring a prolonged time on the sidelines, Archer is now focusing on recovery to make a comeback to competitive cricket. “This is my second stress fracture of the back. It’s on the right side of the spine this time, whereas the previous one was on the left.

The elbow I had surgery on last December remains fine.””Of course, it has felt like it’s been one thing after another but I’m not overly frustrated at this stage because I came to terms with a lengthy spell on the sidelines long ago.

Had I played a game and then broken down, that would have been a lot harder to take. As things are, nothing has changed and I am still striving to get back on the field.”

“That won’t happen in a game situation this county season, but what’s keeping me going is the fact that I should be bowling by September with a view to returning to competitive cricket soon after. Don’t forget, the World Cup starts in October.”