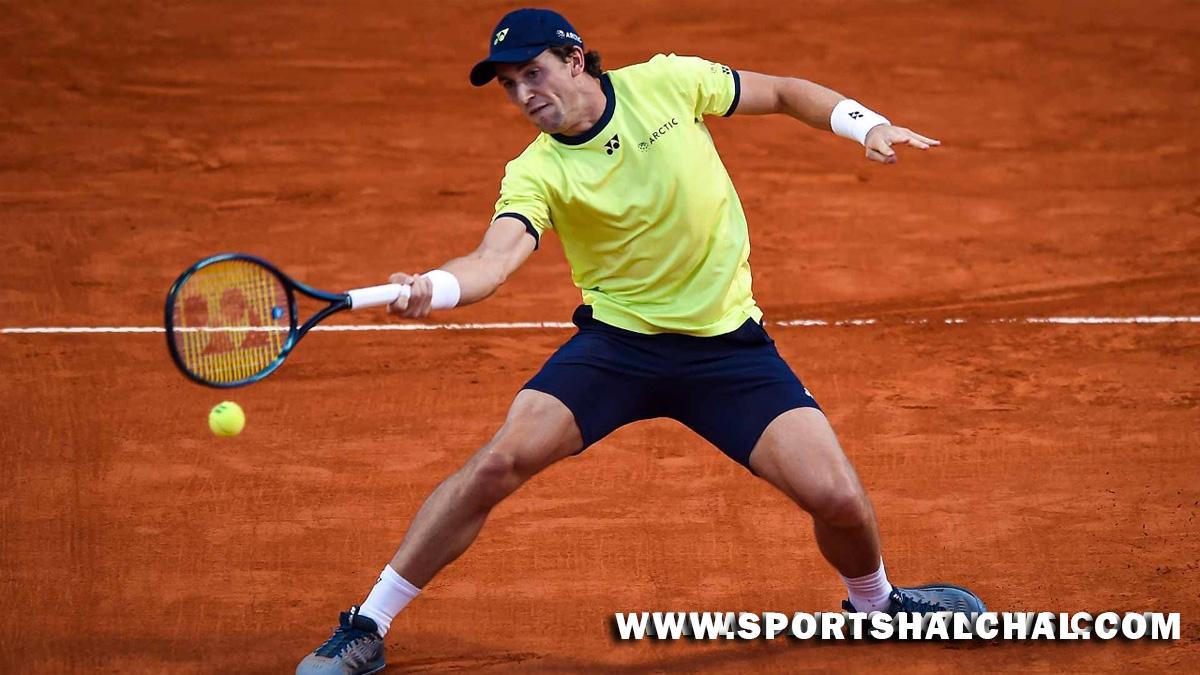 Buenos Aires (Argentina) : Casper Ruud made a successful return to action at Argentina Open following an ankle injury that forced his late withdrawal from the Australian Open. Playing his first match since the ATP Cup, the 23-year-old Norwegian defeated Roberto Carballes Baena, 7-6(2), 6-3, on Wednesday.Ruud won his first ATP title as the eighth seed at the 2020 Argentina Open and enters this year as the World No. 8. The top seed extended his perfect record to 6-0 at the event with the win over Carballes Baena.”It was a good start. First time playing on clay in six months, so everything is a bit new again,” he said post-match. “Of course, I prefer to play on clay, but it takes some time to get used to the court and playing points.”Now with six ATP titles to his name, including five in 2021, Ruud is attempting to back up his maiden trophy. (He did not play the 2021 Buenos Aires event, won by Diego Schwartzman, the second seed this year.)”I feel, obviously, very good in Buenos Aires. I was a bit nervous coming back because it’s the first time I have to defend a title,” he said, before thanking the fans for their support.”

Everything is a bit different since two years ago. When I won here it was a surprise. I was young.”Ruud will face Federico Coria in the quarter-finals, after the Argentine scored a comeback 4-6, 7-5, 6-4 victory over fifth seed Dusan Lajovic. Coria trailed 3-5 in the second set, but stormed back to win the final four games of the set in front of his home fans.In the decisive set, he used a run of 12 straight points to turn a 0-1 hole into a 3-1 lead from which he never looked back. The match featured nine breaks of serve, with five for Coria.Spain’s former world No. 7 Fernando Verdasco came back for a set down to beat Brazilian Thiago Monteiro in the round of 16 on Wednesday. Verdasco, 38, prevailed 2-6, 6-3, 7-5 in two hours and 17 minutes on the outdoor clay of the Argentine Lawn Tennis Club. His next match will be a quarter-final on Friday against Italian Lorenzo Sonego, who defeated local favourite Sebastian Baez 6-3, 6-3 earlier on Wednesday.The unseeded Spaniard will next face third seed Lorenzo Sonego, who was a 6-3, 6-3 winner over Argentina’s Sebastian Baez in Wednesday’s nightcap.The World No. 22 Italian steadied himself after a wild start to the match that featured four straight breaks of serve. From 2-2, Sonego would not be broken again, though he saved seven breakpoints in the second set-including two as he served out the match.