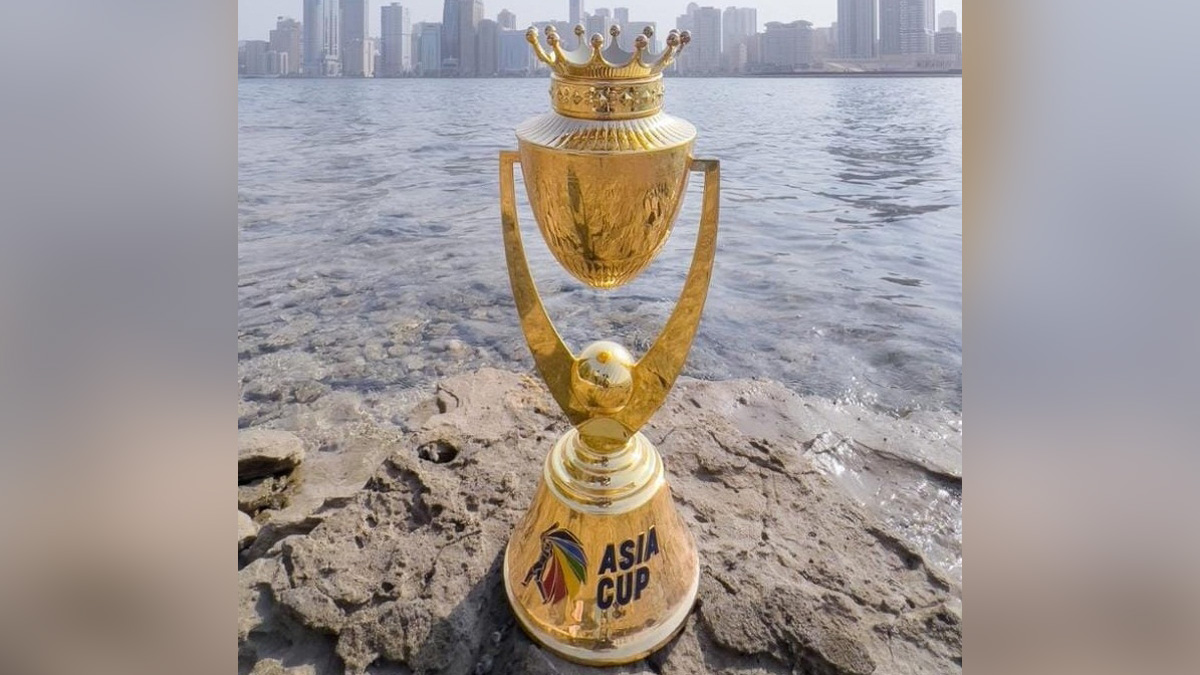 Sharjah (UAE) : The stunning Asia Cup trophy has completed a tour of Sharjah visiting some of the Emirate’s most renowned landmarks.Organised by the Sharjah Commerce and Tourism Development Authority (SCTDA), the golden trophy was photographed in the Mleiha Desert, Al Rafisah Dam, Al Noor Island, as well as the Khorfakkan Waterfall, Khorfakkan Beach and the Khorfakkan Amphitheater.

The tour culminated at the iconic Sharjah Cricket Stadium, the venue for four key matches of the Asia Cup, where students from the Sharjah Cricket Academy were given the unique opportunity of posing with the cup with their parents and coaches.

Asian Cricket Council president, Jay Shah, said: “A trophy tour is a great way to get fans excited about the upcoming Asia Cup matches being hosted at two iconic stadiums in Sharjah and Dubai. We are grateful to the SCTDA for offering us some spectacular locations to showcase the trophy and making it such a memorable experience for all.”

“Since we announced the Asia Cup 2022’s move to the UAE, we have received nothing but unwavering support from the authorities and we invite fans across the United Arab Emirates to come and watch their favourite stars in action,” he added.

Sheikh Nahayan Mabarak Al Nahayan, Minister of Tolerance and Coexistence and the Chairman of the Emirates Cricket Board unveiled the trophy at a special ceremony last week.

Khalid Jasim Al Midfa, Chairman of SCTDA, said, “Sharjah Tourism is committed to increasing vital contribution to the economy and society through supporting gestures that unite various segments of the community that play a key role in promoting the emirate by highlighting the unparalleled natural landscapes and cultural scenes that make Sharjah a favoured tourist destination locally and globally.

He added, “The authority is keen on partnering with local and international stakeholders to achieve its strategic goal of developing and promoting Sharjah as an ideal destination for sustainable, cultural, and sports tourism since the emirate has been a key destination to an increasing number of major events throughout the year.

In addition to that, Sharjah Cricket Stadium has hosted many decades of cricketing memories and has proudly lived up to its reputation as the home of cricket in the UAE. We wish competing teams the best of luck in the upcoming matches.”

“An integral part of Sharjah’s sports tourism agenda, Sharjah Cricket Stadium is proud to be hosting four matches of the Asia Cup. The emotional connection that players and fans have to the stadium cannot be overstated so it was heartwarming to see some of our young talents enjoy a moment with the cup earlier this week,” said Khalaf Bukhatir, CEO of Sharjah Cricket Stadium.

“The SCTDA is doing such a fantastic job promoting Sharjah as a truly global destination and this trophy tour organised with their support is a great way to showcase the art and culture, natural beauty and world-class hospitality one can expect when they visit our beautiful home,” he added.The Asia Cup will be played in Dubai and Sharjah from August 27 to September 11.