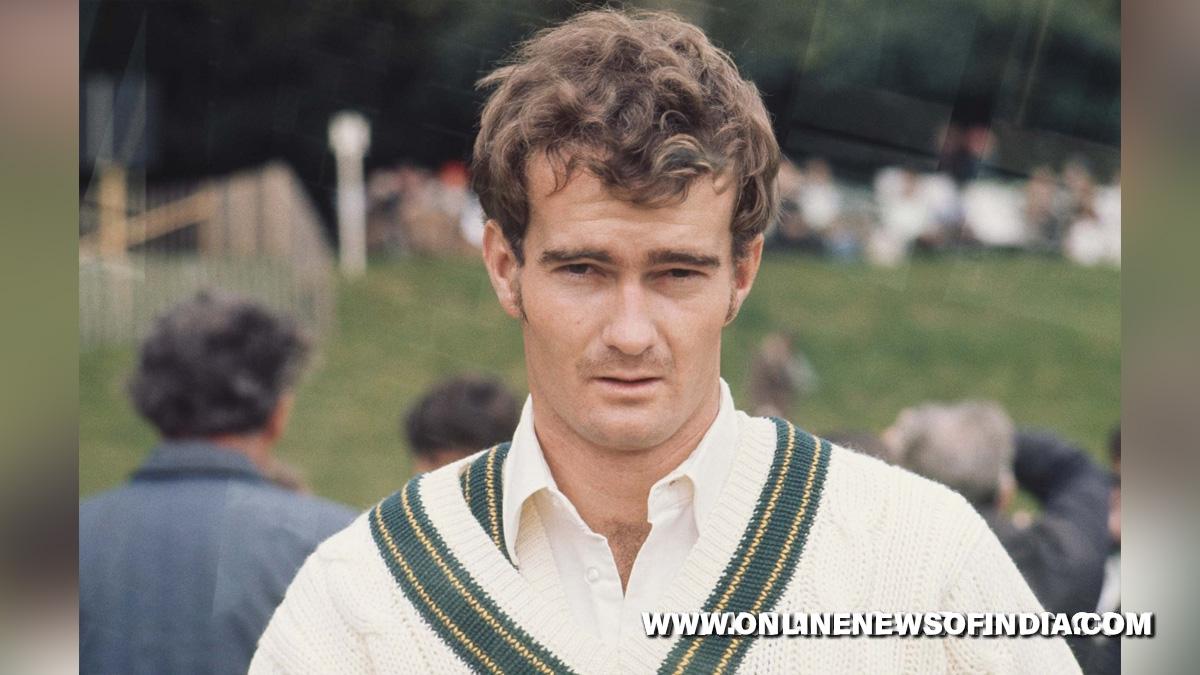 Adelaide : Former Australia spinner Ashley Mallett has died at age 76 after a long battle with cancer. The South Australian spinner passed away in Adelaide late on Friday.Mallett, who played 38 Tests and nine ODIs in a career spanning 12 years, made his debut against England in 1968 and ended his Test career against the same opponent in 1980. He took 132 wickets at an average of 29.84 in a Test career spanning 12 years.Considered one of the greats of Australian cricket, Mallett holds the best figures for a finger spinner in Australia with 8-59 against Pakistan in Adelaide in 1972.Always humble and soft-spoken, Mallett is behind only Nathan Lyon (399 wickets) and Hugh Trumble (141) as Australia’s most successful Test off-spinners.Mallett’s 8-59 against Pakistan in 1972 was the eighth-best bowling performance by an Australian in a Test innings.Born in Sydney but raised in Perth, Mallett was tutored by the late great spin bowler Clarrie Grimmett.

Mallett, also an acclaimed author and journalist, later wrot’ Grimmett’s autobiography.Though his exploits in domestic cricket and at internationals made a name for him, it was his efforts in India that were heralded as his greatest. On the 1969-70 tour, Mallett took 28 wickets as a key ‘o Australia’s last Test series win in India which formed a large part of him reaching 100 wickets in 23 Test matches.Mallett also coached many young spin bowlers and set up the Spin Australia programme, and the Spin Academy in Sri Lanka. He was a long-time advisor to Sri Lankan cricket.Mallett went on to write numerous books including the biographies of Victor Trumper and Grimmett, ‘long with Lords’ Dreaming which chronicled the English tour of the Australian Indigenous side who were the first Australian sporting team to tour overseas in 1868.Cricket Australia paid rich tributes to the legendary spinner.”Ashley Mallett was a wonderful player, admired journalist, and highly acclaimed author. He played a significant part in Australian cricket not only as a player but as a prolific storyteller who has preserved the memories’of some of the game’s greatest and moments in time for people to enjoy through the ages,” Richard Freudenstein, Cricket Australia Chair, said.”Ashley was a humble man whose deeds outweighed his reserved personality. He will be missed within the Australian cricketing landscape and we offer our sincerest condolences to his family, friends, colleagues across all industries, and teammates,” he added.