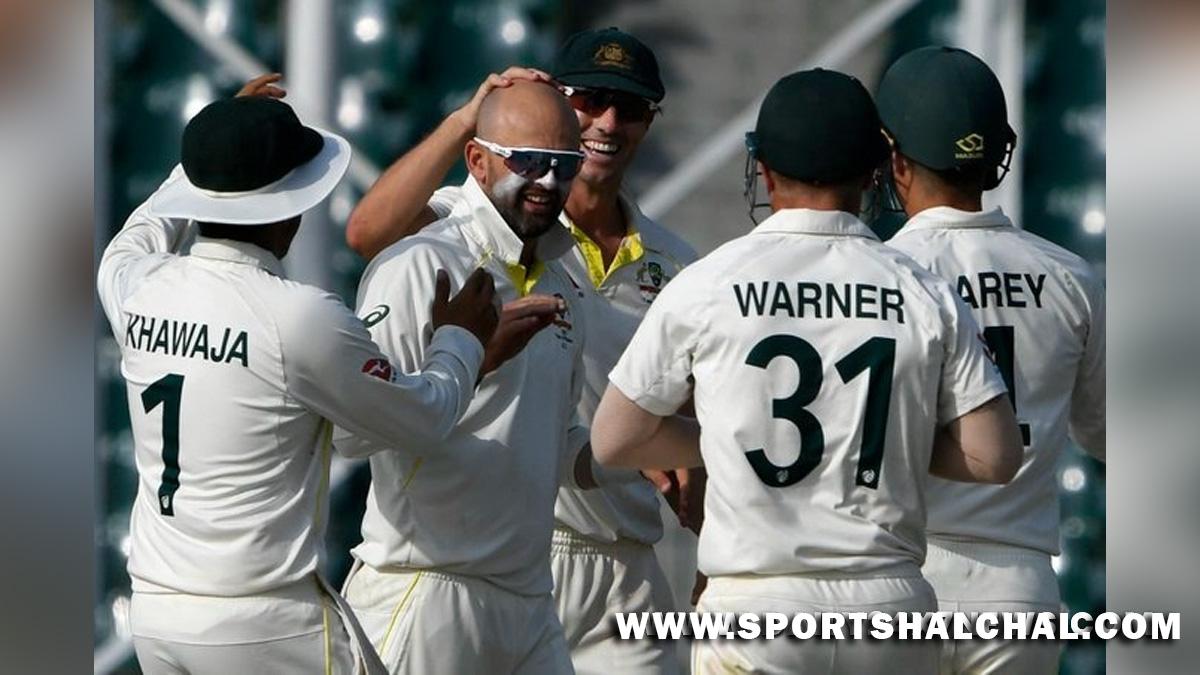 Lahore : Australia have clinched the three-Test series against Pakistan 1-0 after a dramatic day five victory in Lahore on Friday.For Australia, fast bowler Pat Cummins picked three crucial wickets while off-spinner Nathon Lyon picked up five wickets to wrap up Pakistan’s innings at 235/10 in 92.1 overs.Pakistan captain Babar Azam, who saved Pakistan from the jaws of defeat in the second Test in Karachi with a 196 in the second innings, also succumbed to pressure and got out.

After Azam’s wicket, none of the Pakistan’s batters were able to carry their innings.Cummins dismissed Fawad Alam and wicketkeeper Mohammad Rizwan, who also struck an unbeaten 104 in the second innings of the drawn Karachi Test, in successive overs with both batters falling leg before wicket.The first two Tests in the series – the first between the sides in Pakistan since 1998 – were drawn.
Brief scores: Australia 391 and 227/3 dec; Pakistan 268 & 235 (Imam-ul-Haq 70, Babar Azam 55, Pat Cummins 3/23, Nathan Lyon 5/ 83) lost by 115 runs.

Swiggy Instamart to be official partner for TATA IPL 2022