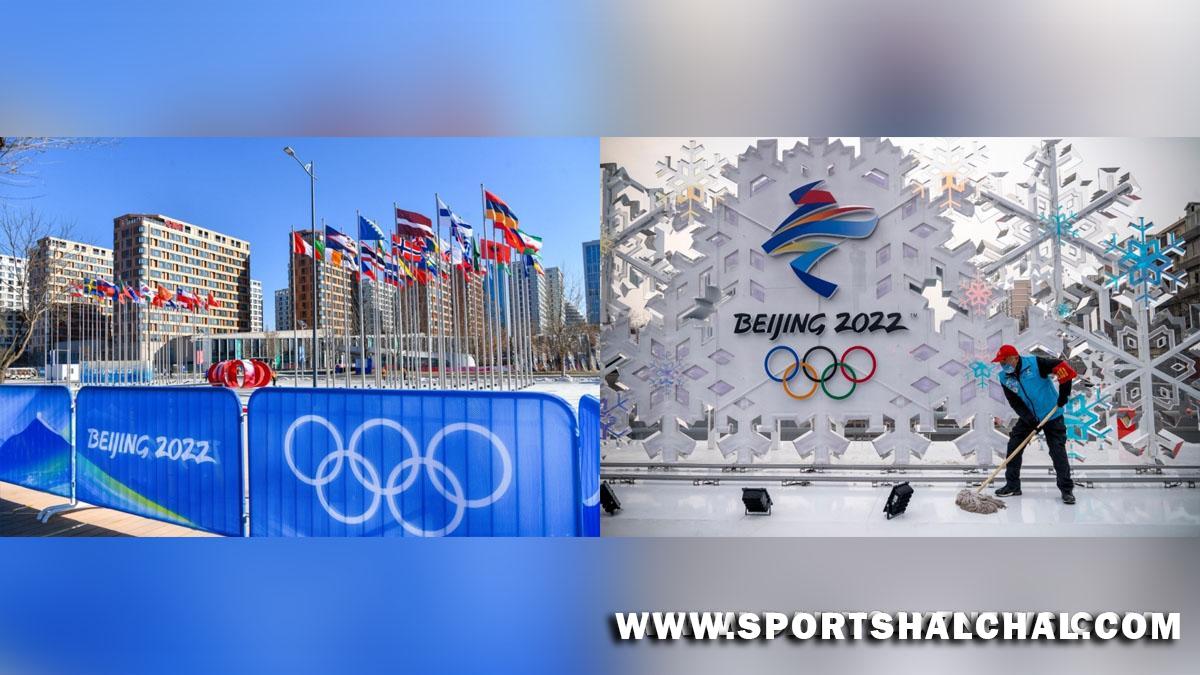 Beijing : The Beijing Winter Olympic Games organisers have confirmed 37 more COVID-19 cases in the latest round of testing conducted at the Beijing Capital International Airport and within the Winter Olympic Games closed loop on Sunday.A report on insidethegames.biz on Monday said that 28 COVID-positive cases had been recorded in PCR tests conducted on 1,252 Olympic-related arrivals at the airport. Eight of those testing positive at the airport are athletes and team officials, while the remaining 20 are Games stakeholders.The organisers also revealed that a further 62,928 tests were conducted within the closed loop on Sunday, “including 2,502 taken by athletes and team officials”. Four athletes and team officials returned positive, with five other stakeholders too testing for the virus.

The 37 positives is a “marginal increase”, following 34 on January 29 and 35 on January 28.The report said that Russian Olympic skeleton silver medallist Nikita Tregubov along with team-mate Vladislav Semyonov will not be able to take part in the Games after testing positive for COVID-19 back home. The duo had tested positive last week but have not yet cleared the required number of negative tests to travel for Beijing 2022.”Several people from the Olympic bobsleigh and skeleton team will not fly to Beijing today (Monday),” Russian Bobsleigh Federation President Elena Anikina told Russian news agency TASS.”Tregubov and Semenov, to my great regret, will have to miss the Olympics. Some of those remaining in Russia will wait for the test results and, if they receive negative ones, they will fly to Beijing on other flights if they manage to make it before the start of the start.”The Winter Olympics are scheduled to take place from February 4 to 20.