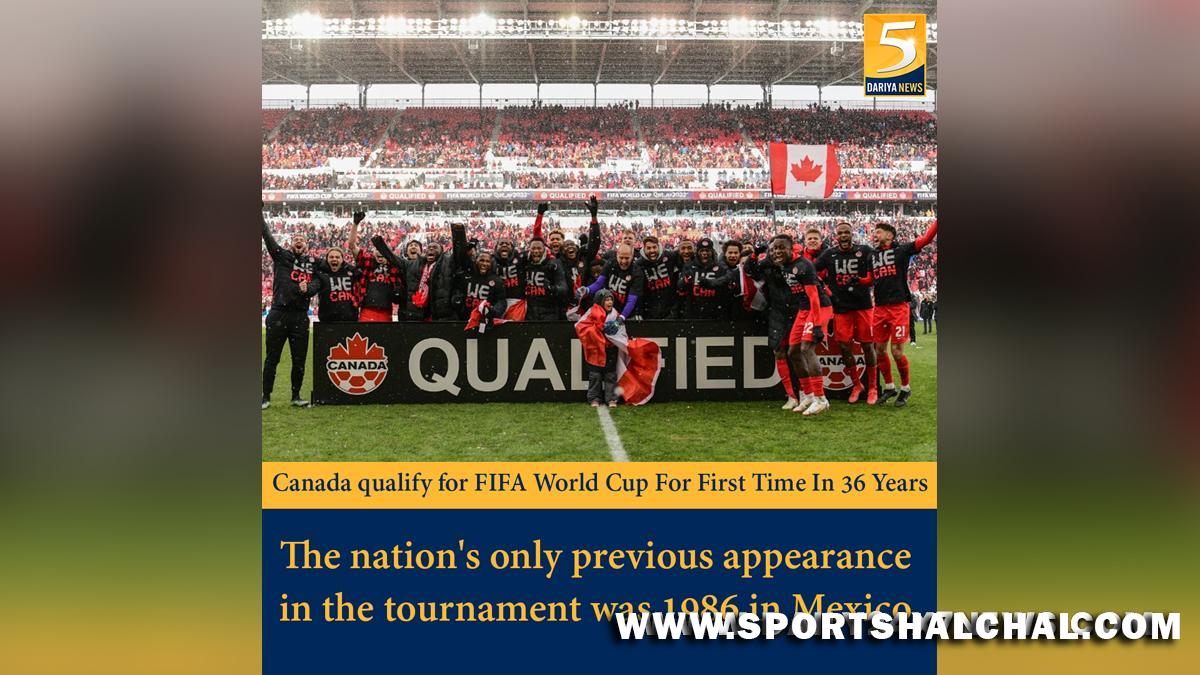 Toronto : Canada men’s football team qualified for the FIFA World Cup finals for only the second time ever with a 4-0 rout of Jamaica. The nation’s only previous appearance in the tournament was 1986 in Mexico. Entering the match on Sunday night, John Herdman’s squad needed only a draw against Jamaica to capture one of the three spots from the CONCACAF (North, Central American and Caribbean) region for the 2022 World Cup in Qatar in November. The team didn’t hold back and gave the fans at BMO Field a dominant performance with goals from Cyle Larin, Tajon Buchanan and Junior Hoilett, followed by a late own goal by defender Adrian Mariappa, Xinhua reports. “When I first took over, I said we’re going to qualify for the World Cup and I don’t think anyone believed us,” said 46-year-old head coach Herdman. “All of these fans have waited, waited, and hung in with us.”

When Herman was hired in 2018, men’s football had little relevance in Canada due to poor World Cup qualification results and the popularity of ice hockey. Since taking over, the team’s fortunes have quickly turned around with their FIFA ranking jumping from 89th to 33rd since February 2018. “We’re a football country. That’s all we ever wanted. We wanted that respect,” he added after the match. “We just kept believing and we’ve got talent.”The squad of 38 features talented players in the top divisional leagues across Europe and North America. The most notable is 21-year-old Alphonso Davies, who currently plays for Bayern Munich and is considered one of the world’s best full-backs. Canada become the 20th team to qualify for the 2022 FIFA World Cup which will feature 32 nations vying for the ultimate prize in Qatar from November 21 to December 18. The remaining 12 teams will be decided in the coming days before the draw on April 1 to determine the eight groups.