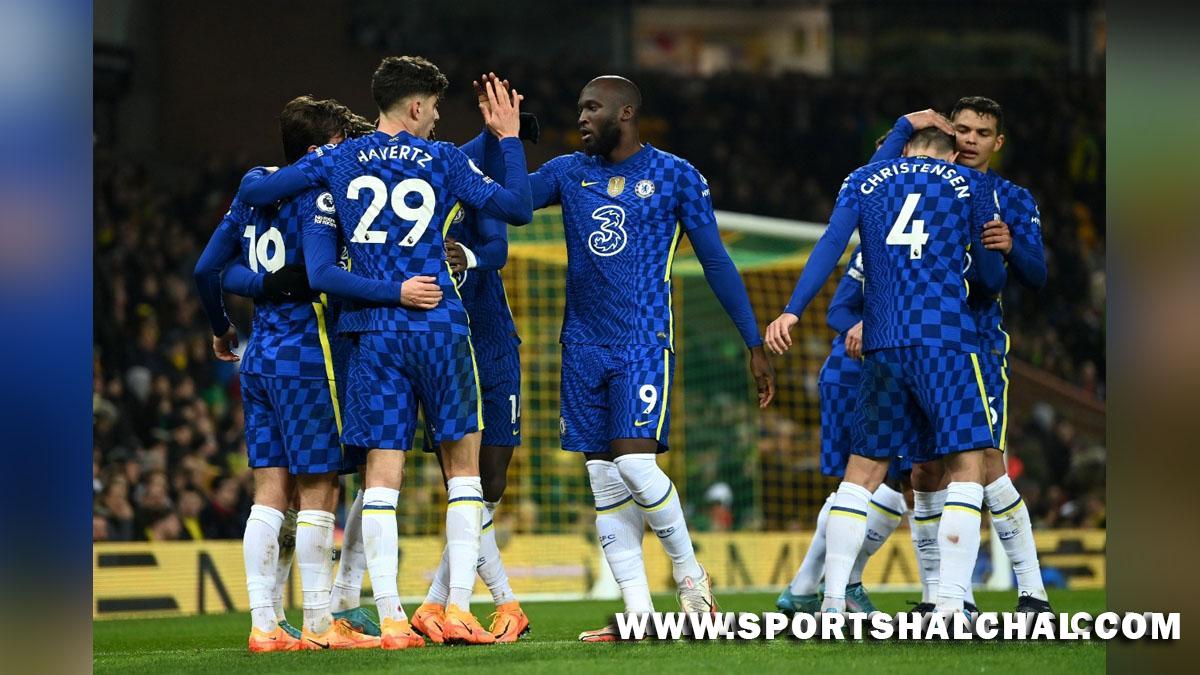 London : Chelsea reacted well to Thursday’s news of sanctions against Russian owner Roman Abramovich with a comfortable 3-1 win at bottom side Norwich City.Chelsea’s Trevoh Chalobah nodded in just three minutes into the match on Thursday night, and Mason Mount’s decisive finish in the 14th minute doubled their lead.Teemu Pukki’s 69th-minute penalty gave Norwich hope of a fightback, but Kai Havertz assured the win for Chelsea with his late strike into the top corner after N’Golo Kante had injected more energy into the Chelsea midfield, Xinhua reports.Newcastle United can probably forget their relegation fears after goals from Chris Wood and Bruno Guimaraes helped them overturn Stuart Armstrong’s 24th-minute opener for Southampton, bringing the Magpies their sixth win in seven games.The win lifts Newcastle 10 points clear of the relegation zone, while direct rivals Leeds United and Watford both lost in the fights against the drop.

Leeds improved at Jesse Marsch’s debut at the weekend following Marcelo Bielsa’s sacking, but that improvement didn’t last very long as Philippe Coutinho helped inspire Aston Villa to a 3-0 win at Elland Road.The Brazilian scored a deflected 22nd-minute opener for Steven Gerrard’s side and directed the play as second-half goals from Matty Cash and Calum Chambers sealed another three points for the visitors, who totally dominated the match.Fortunately for Leeds, things went even worse for Watford, who were on the wrong end of a 4-0 thrashing away to Wolverhampton Wanderers.Watford didn’t manage a shot on target while having to watch the storm of Raul Jimenez’s 13th-minute opener, a Cucho Hernandez own goal, and Daniel Podence’s 21st-minute strike. Ruben Neves completed the scoring five minutes from time.

Swepson all ‘pumped’ for his Test debut vs Pakistan: Pat Cummins