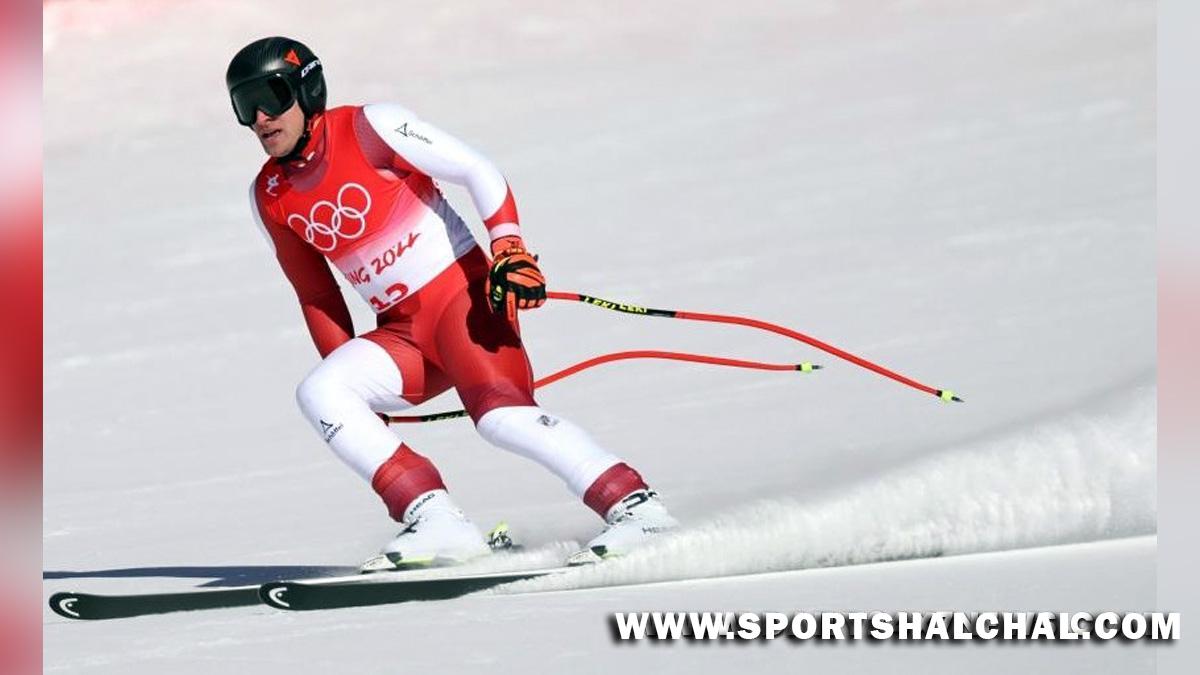 Yangqing (China): Matthias Mayer of Austria made history on Tuesday as he defended his Olympic Super-G title to become the first male alpine skier to win gold in three consecutive Games.The 31-year-old Austrian, who also won downhill gold in Sochi 2014, followed up his PyeongChang 2018 Super-G win by clocking a winning time of 1 minute 19.94 seconds at the Yanqing National Alpine Skiing Center.American Ryan Cochran-Siegle took a surprise silver, finishing 0.04 seconds behind Mayer to win his first Olympic medal in his second Games. Norway’s Aleksander Aamodt Kilde claimed bronze in 1:20.36.Mayer did not start well as his skis slipped, but his aggressive skiing paid off in the final stretch.”I had a problem with my stick. It was stuck in such an aluminum thing and I had to push it out, back, and do it again,” Mayer said about his rocky start.
“It was a bit of a nervous start but after the first gate I didn’t remember that,” he said.Mayer said the bronze he won in Monday’s downhill motivated him to perform well in Super-G.Another gold for Austria At Chongli, Austria’s Benjamin Karl won the gold medal in the men’s snowboard parallel giant slalom on Tuesday.Karl, 36, beat Slovenia’s Tim Mastnak by 0.82 seconds in the final run for his first Olympic title.

Mastnak and Russian Victor Wild took the silver and bronze medals respectively.In some of the other highlights of the day, France’s Quentin Fillon Maillet managed to ski fast enough to win the men’s 20km individual biathlon gold medal in 48 minutes and 47.4 seconds.Belarus’s Anton Smolski claimed silver with a clean record, 14.8 seconds adrift of Maillet.Defending champion Johannes Thingnes Boe of Norway reached the finish as the first, but two penalties dropped him to third place, 31.1 seconds behind the winner.Nuis retains his gold Defending champion Kjeld Nuis of the Netherlands broke the Olympic record to retain his men’s 1,500 meters speed skating title at Beijing 2022 on Tuesday.Nuis clocked one minute and 43.21 seconds for his third Olympic gold medal, shattering the previous mark of 1:43.95 set by the U.S.’s Derek Parra in Salt Lake City in 2002.Nuis’ teammate Thomas Krol took home the silver medal with 1:43.55, while the bronze went to Kim Min-Seok of South Korea in 1:44.24.Home favourite Ning Zhongyan of China finished seventh with a time of 1:45.28.