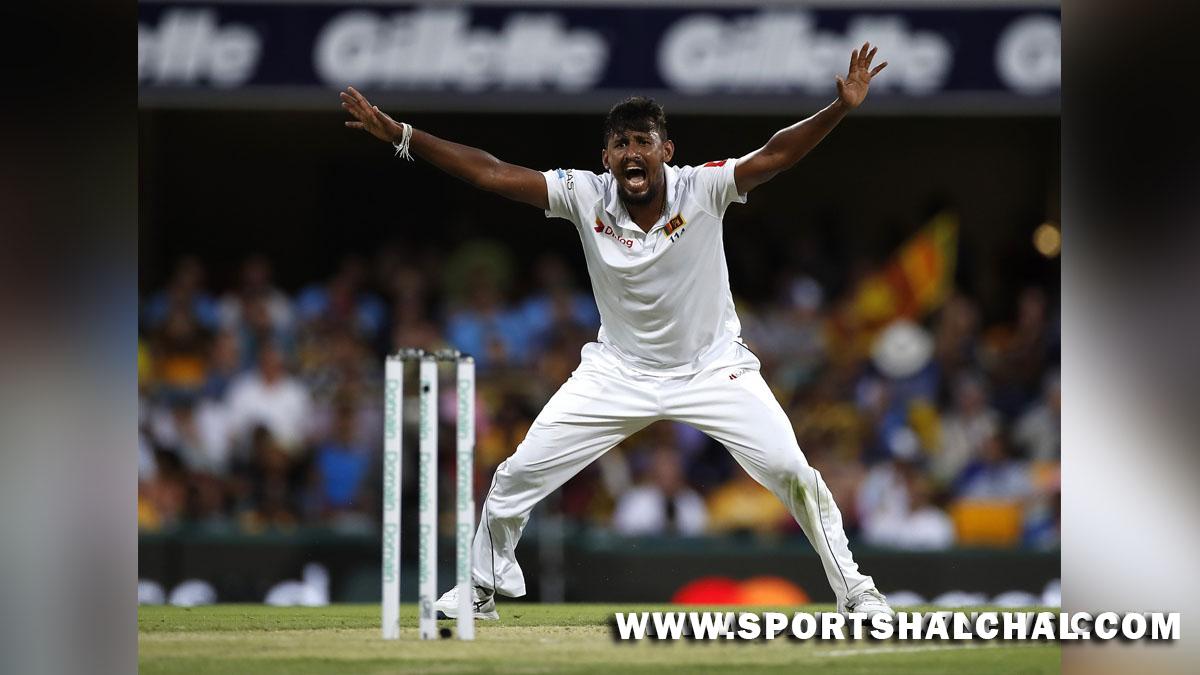 Colombo : Just a day after announcing that the upcoming tour to India will be his last assignment in international cricket, Sri Lanka pacer Suranga Lakmal has now signed a two-year deal with the County side Derbyshire. Lakmal, 34, will be reuniting with former Sri Lanka head coach Mickey Arthur at Derbyshire.”Experiencing county cricket is something I’ve wanted to do for a long time and the chance to work with Mickey again was something I couldn’t turn down. I’ve loved every second of my international career, and I would like to thank Sri Lanka for giving me the opportunity to live my dream. Hopefully, I can bring that experience into this new challenge, to help the young bowlers, who are already making an impact at Derbyshire,” said Lakmal in a statement.Arthur, now the director of cricket at Derbyshire, expressed his happiness over reuniting with the veteran pacer.

“Suranga is among Sri Lanka’s all-time greats with the ball and it’s brilliant to be able to bring him to Derbyshire for the next two seasons. We have big ambitions for the project at Derbyshire, and Suranga’s decision to retire from international cricket and commit to the club shows he’s as excited about those plans as the other players and coaches.””He knows my standards and can set the example for our young players on and off the field, and to add his quality to our ranks gives us a whole new dimension with the ball.”On Wednesday, Lakmal had announced that he will retire from international cricket after the tour of India. In an international career that began in 2009 against India at the Nagpur ODI, Lakmal has taken 168 Test wickets in 68 matches, 109 wickets in 86 ODIs and eight wickets in 11 T20Is.

“I’m indebted to Sri Lanka Cricket for giving me this astonishing opportunity and having faith in me to bring back my motherland honour as it has been an absolute pleasure to be associated with the board that shaped my professional life and also enriched my personal development. I have nothing but the utmost respect for all my players, coaches, team managers, support staff, administrative staff and all other supportive staff,” said Lakmal in his retirement letter to Sri Lanka Cricket (SLC).Lakmal captained Sri Lanka in five Tests in 2018, leading Sri Lanka to a 2-0 series win over South Africa at home followed by a series-equalling win over West Indies at the Kensington Oval in Barbados.He was also the first cricketer from the Hambantota district to play international cricket for Sri Lanka. Lakmal was a member of the Sri Lanka team which won the 2014 Men’s T20 World Cup in Bangladesh.