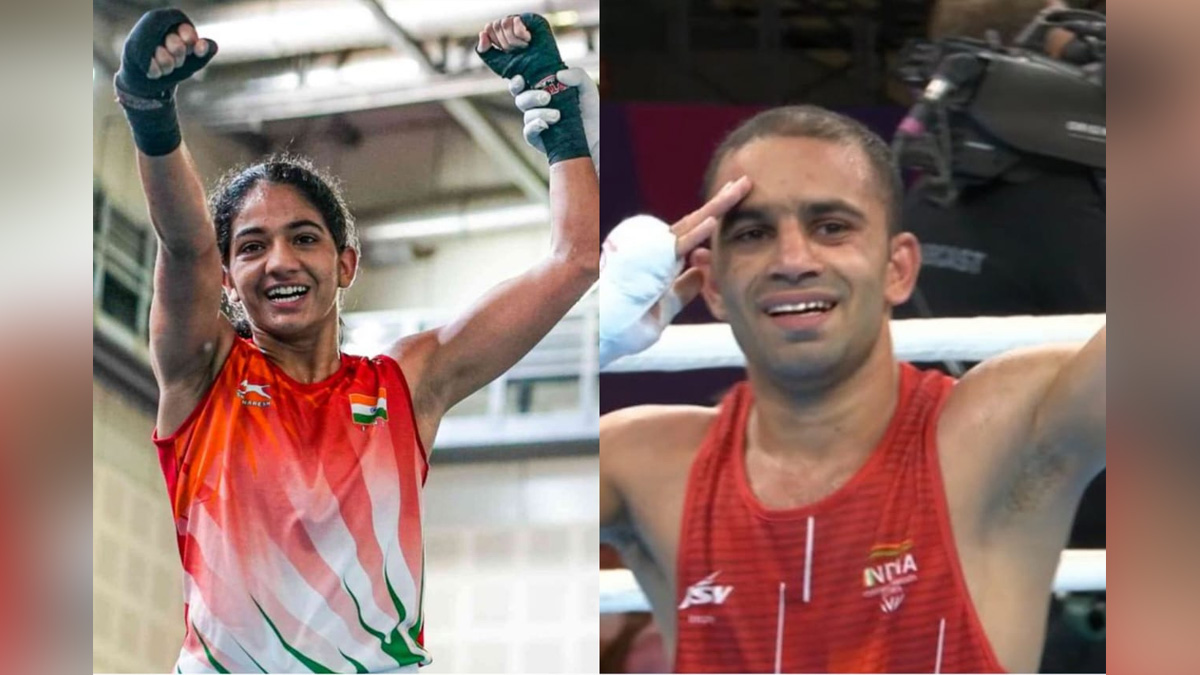 Birmingham : Indian boxers Nitu Ghanghas, Amit Panghal clinched the gold medals for the country at the 2022 Commonwealth Games after winning their respective finals in different categories, here on Sunday.

This was Panghal’s second Commonwealth Games medal, having won the silver medal at Gold Coast 2018.The gold will be a massive boost for him after suffering a shock opening round loss in the Olympics last year.

It was also India’s fifth boxing medal at CWG 2022 and the second gold medal.In the first round, the 26-year-old Amit bided his time, waiting for an opening but was proactive in landing his punches and jabs when the opportunity arose, often going for combinations.

The Indian continued to attack in the second and McDonald got a cut on his face from one of Panghal’s attacks and had to be stitched up by his team.With the bout comfortably in Amit’s favour, the third round was more subdued and the Indian won his first Commonwealth Games gold medal by unanimous decision.

On the other hand, the 21-year-old Nitu beat England’s Demie-Jade Resztan 5-0 in the women’s over 45kg-48kg (minimum weight) category to clinch gold. This is her first CWG medal and she is also a two-time world youth champion.

Nitu, who was competing in her first CWG, looked completely in control throughout the whole bout. The Haryana pugilist’s accurate punches helped her in controlling the pace of the contest and eventually led to the podium finish.