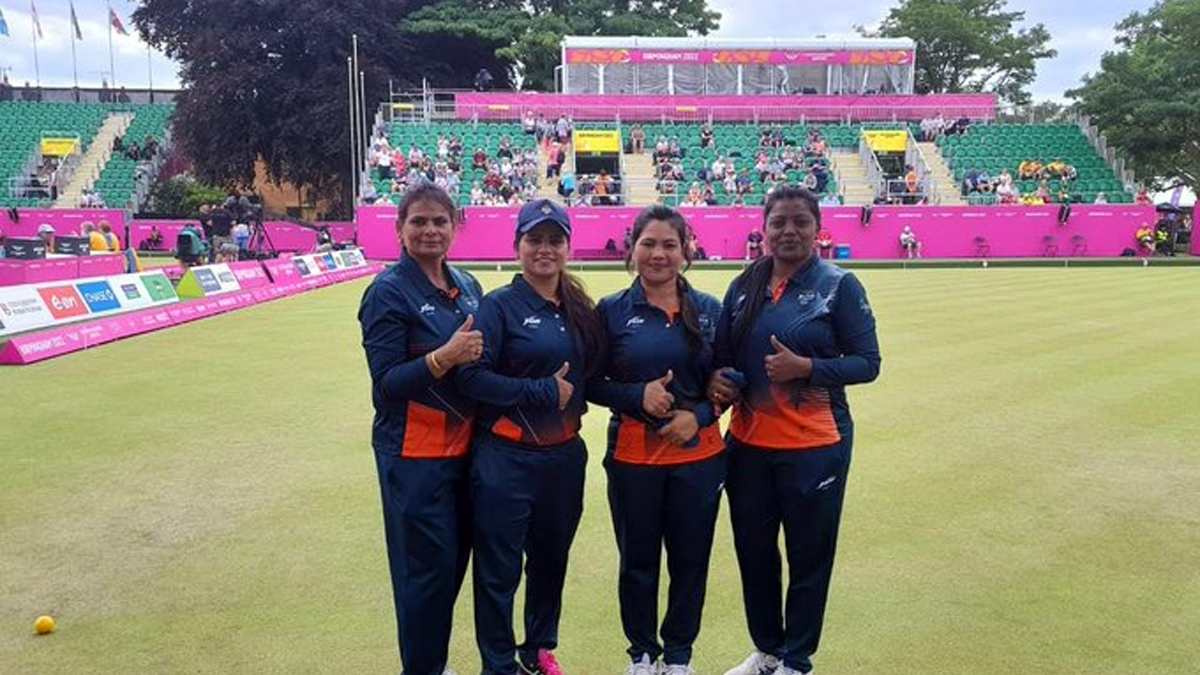 CWG 2022: Medal in sight as Women’s Fours team makes it to semifinals in lawn bowls at Birmingham

Birmingham : While everyone in the country was focused on weightlifter Jeremy Lalrinnunga claiming the gold medal in Men’s 67kg division despite being injured, the Women’s Fours team in lawn bowls stormed into the semifinal, setting themselves up for a historic tilt at a medal at the Commonwealth Games Victoria Park in Warwick near here on Sunday.

There was more success for India in the little-known sport as the men’s pairs as Sunil Bahadur and Deepak Kumar reached the quarterfinals before bowing out to a strong Northern Ireland team in a late match.But the day belonged to the Women’s Fours as they reached the semifinals.

The women’s lawn bowls team of Lovely Choubey, Pinki, Nayanmoni Saikia and Rupa Rani Tirkey set themselves for a historic tilt at a medal when it defeated Norfolk Island 17-9 in the Women’s Four quarterfinals and set up a semifinal clash against a strong New Zealand side, who edged out Botswana 17-13 in another quarterfinal.

If they beat New Zealand on Monday, the team will take on the winner of the second semifinal between Fiji and South Africa or face the loser of the match in the bronze medal playoff.

It was Super Sunday for the Indian lawn ball players as Sunil Bahadur and Dinesh Kumar got the better of England’s Jamie Walker and Sam Tolchard 18-15 in a section C encounter, which confirmed their quarterfinal spot in the men’s pairs event.

The Indians surged ahead from the second end and did not allow the English pair a chance to come back. The Indians qualified for the knockout stage ahead of Malaysia thanks to their better performance against England.

“It was a super game, and we played our own game from our heart. From the beginning when we got the lead, we got the confidence that we can match this (team),” said team lead Sunil Bahadur after the win against England.

Talking about achieving qualification to the knockout stage instead of Malaysia, he said, “Malaysia was not able to settle (in their game against the Cook Islands), but once we were in the lead (against England), we were calculating the difference of the scores, and we are very happy and excited being in the quarterfinals.”

The Indian pair will now take on Northern Ireland in the quarterfinals and Sunil Bahadur said they want to make further history in Commonwealth Games by winning a medal.”We want to perform and prove that we deserve it (the quarterfinal place).

Our target is to win a medal. We want to make history in the Commonwealth Games and we have an opportunity to stand on the podium,” he said.