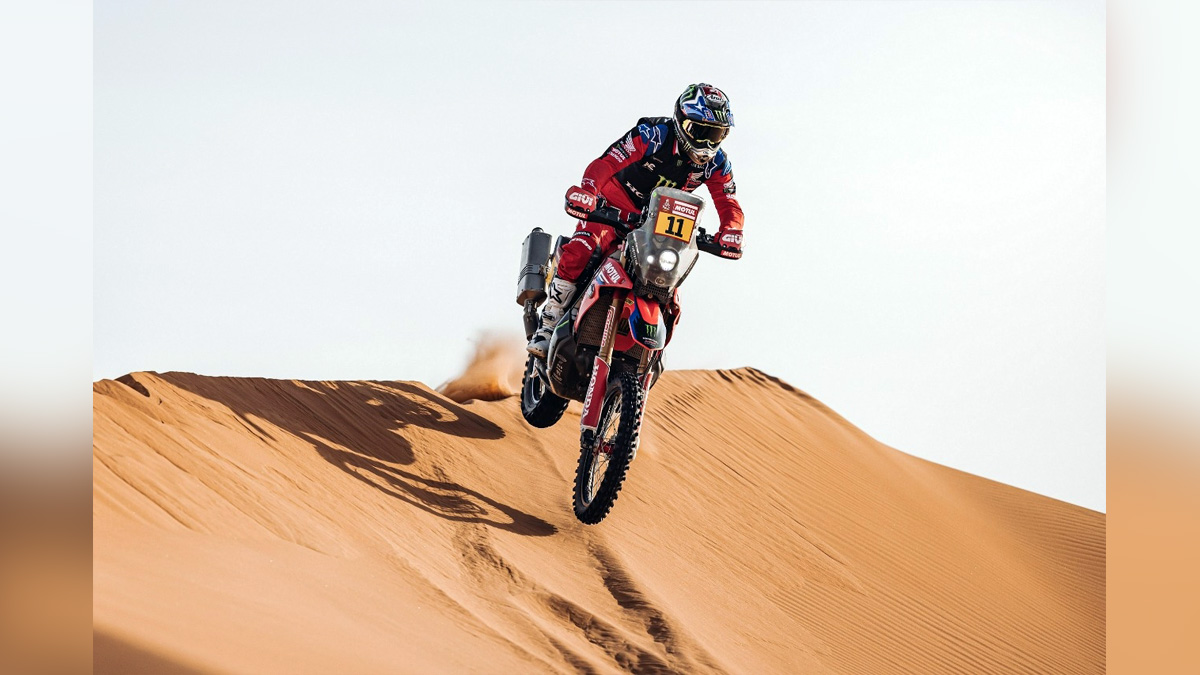 Riyadh (Saudi Arabia) : Jose Ignacio Cornejo was the man of the day during the second part of the marathon stage at the Empty Quarter, claiming the second stage victory for the Honda Team in the 12th Stage of Dakar Rally here.

On arrival at Shaybah bivouac, the Chilean was 49 seconds faster than Daniel Sanders and had 1:48 minutes to Toby Price. Stage number 12 was 185 km long and a quite fast route, in a mix between dunes and quicksand tracks.

The Honda’s CRF 450 Rally now need to work hard since they were lacking assistance for the past two days due to the rules of the marathon stage. In the 13th stage and penultimate round, there will be a very long liaison of 520 kilometres in the connection between Shaybah and Al-Hofuf.

The special section will be 153 km long and this departure from the Empty Quarter will certainly be decisive. It will be the last chance to surf on its chain of dunes and also to fight for the top standings.

It will be a short but quite intense ride where physical and mechanical endurance can play an important role. “The marathon stage is over and we have overcome with great determination the hard terrain at the Empty Quarter.

All our riders got back safe and our Honda CRF 450 Rally also came back in great condition and will now be revised for the penultimate stage. Days will get shorter in terms of racing as we reach the end of this Dakar Rally and tomorrow is another decisive day for us.

We are fighting to climb to the top standings and that was clear today. Nacho had a great performance and we are happy with another stage win. The team is united and strong so let’s see how it goes in these last two days,” said Ruben Faria, General Manager of Monster Energy Honda Team.

“Well, today I had a good stage, quite solid. Felt quite good on my Honda CRF 450 Rally and tried to push as much as I could. I had a lot of fun in the dunes. I have won a stage and that feels good, especially for my confidence.

This did not influence the overall results due to the short distances between all contenders, so I kept my eighth place. I will keep fighting in the last two days because this is Dakar and anything can happen,” Jose Ignacio Cornejo.