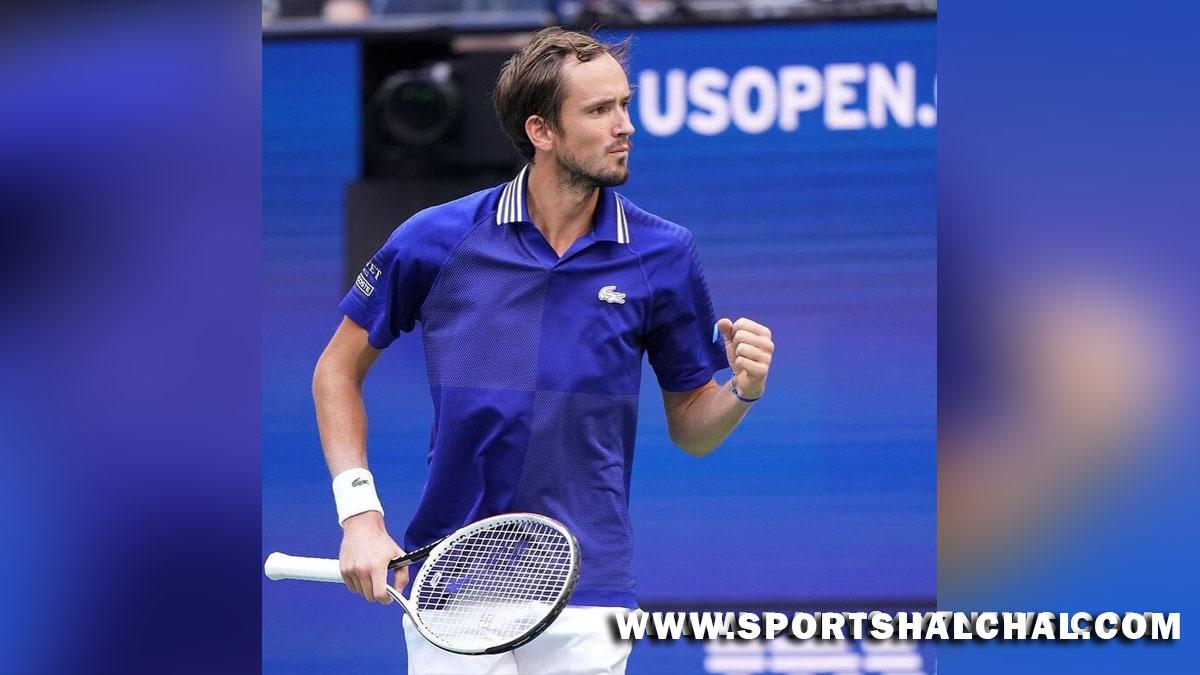 Indian Wells : Russian tennis player, the newly-crowned world No. 1 Daniil Medvedev, has got a challenging draw at the BNP Paribas Open at Indian Wells, as the 26-year-old top seed could play Spanish stalwart Rafael Nadal in a blockbuster semifinal, with fifth seed Stefanos Tsitsipas of Greece in his quarterfinals.If Medvedev and Nadal make it to the last-four, they will clash for the third time in less than two months. The 35-year-old legendary left-hander has won both of their meetings this year, rallying from two sets down for a record-breaking 21st Grand Slam title at the Australian Open before defeating Medvedev again at the Mexican Open at Acapulco in straight sets.The 26-year-old Medvedev will be chasing his first title in the California desert, where he owns a 5-4 record. Last year, he reached the Round of 16 before losing a tough three-setter in the Round of 16 against 2017 ATP Finals champion Grigor Dimitrov. Medvedev, who is 12-3 on the season, has excelled at ATP Masters 1000s, where he has won four of his 13 tour-level trophies. He has triumphed at least once at this level in each of the past three seasons.

The world No. 1 will open his run against Australian Alexei Popyrin or a qualifier. Medvedev could meet 26th seed Gael Monfils of France in the third round, reigning Next Gen ATP Finals champion Carlos Alcaraz of Spain in the fourth round and fifth seed Tsitsipas in the quarterfinals.Defending champion Cameron Norrie of Great Britain is also in the top quarter of the draw. The 12th-seeded will open his title defence against Spaniard Pedro Martinez or a qualifier, with a potential rematch against 2021 Indian Wells finalist Nikoloz Basilashvili of Georgia in the third round, according to atptour.com.Nobody arrives at Indian Wells in better form than Nadal, who has enjoyed a career-best 15-0 start to the season. The fourth seed is a three-time champion at this event, where he is set to compete for the first time since 2019.Nadal made at least the semi-finals in eight consecutive appearances at Indian Wells from 2006-13. The lefty has tallied a 54-10 record at the Masters 1000 event, and the 35-year-old will try to claim a record-tying 37th crown at this level.

The Spaniard might face a familiar foe in the second round, if Sebastian Korda defeats a qualifier. The American looked up to Nadal and they trained together on Tuesday morning. Nadal defeated Korda in the fourth round of Roland Garros in 2020.Eighth seed Casper Ruud is the next highest-ranked player in Nadal’s quarter, which also features 10th seed Jannik Sinner, 13th seed Denis Shapovalov and big-serving American Reilly Opelka. Crafty Briton Daniel Evans is the first seeded opponent Rafa could play.Wild card Nick Kyrgios is also in Nadal’s quarter, but on the opposite half. The Australian begins his American swing against Argentine Sebastian Baez, who competed in Milan last year.Second seed Novak Djokovic was drawn to face 2017 ATP Finals runner-up David Goffin of Belgium or Australian Jordan Thompson in the second round. The Serbian began his season in Dubai, where he lost in the quarterfinals against Czech lefty Jiri Vesely.Former World No. 1 Andy Murray, who received a wild card, will play a qualifier in the first round for the right to challenge Alexander Bublik, the 31st seed from Kazakhstan. Third seed Alexander Zverev of Germany will face Dimitrov or American Tommy Paul in the second round.