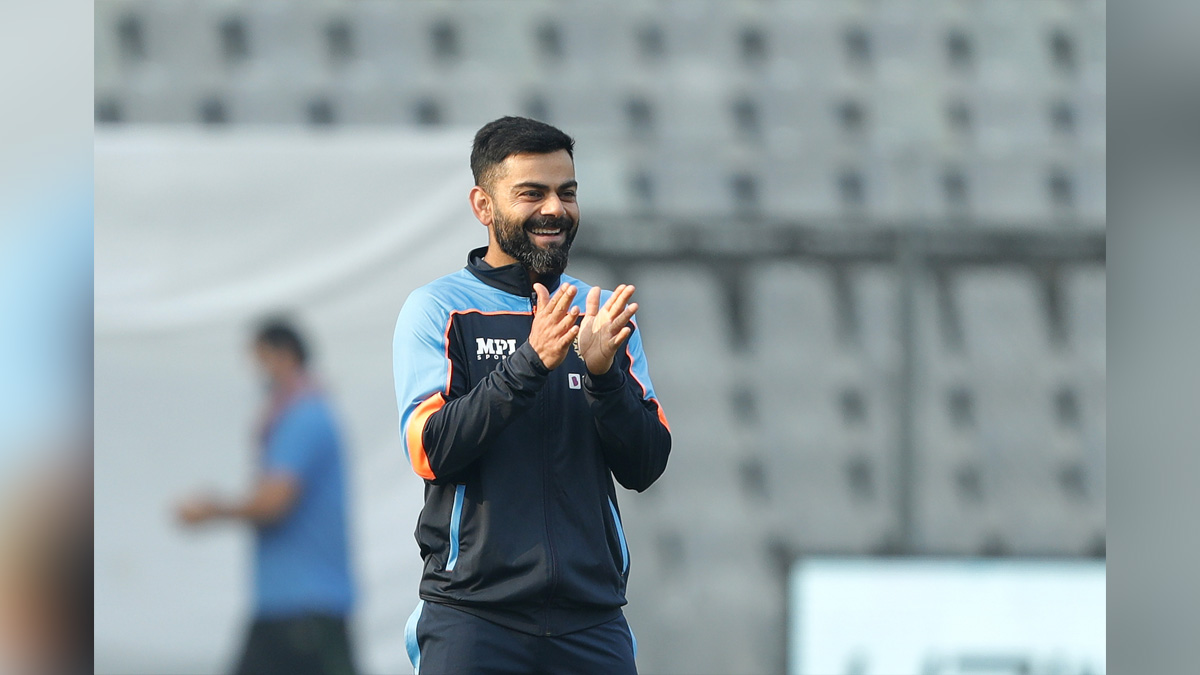 Did not touch bat for one month, realised recently I was trying to fake my intensity a bit : Virat Kohli

Dubai : On the eve of his hundredth T20I appearance when India takes on Pakistan in their 2022 Asia Cup opener, talismanic India batter Virat Kohli has made an extremely important revelation, saying he didn’t touch the bat for a month in his one-and-a-half break from the game.

At the same time, Kohli acknowledged that although he is a very mentally strong person, he was convinced during his time of reflecting during the break that he had been faking his high intensity, which he is known for in the field, during his period of a rough patch with the bat, which has resulted in him not scoring an international century since November 2019.

“Something different this break was that for the first time in 10 years I have not touched my bat for a month. When I sat down and thought about it so I was like I haven’t actually touched a bat for 30 days which I haven’t done ever in my life.

That’s when I sat down and I came to the realisation that I am kind of trying to fake my intensity a bit recently. No, I can do it competitively and convince yourself that you have intensity but your body is telling you to stop.”

“Mind’s telling you to take a break and step back and I understand what Ravi Bhai (Ravi Shastri, former India head coach) mentioned (about taking a break). He said about workload as well and the value of cricket, how I played 40-50% more than anyone in the last 10 years so it’s easy to ignore these things, you can neglect it because you are fit and working hard on yourself, he’ll be fine he’s fit,” said Kohli in a tell-all interview to Jatin Sapru on Star Sports.

Apart from Sunday’s match marking Kohli’s return to international cricket action after the tour of England ended on July 17, it will also see him become only the second male player after New Zealand’s Ross Taylor to clock 100 appearances in all three formats of international cricket.

“I have looked as a guy who is mentally very strong and I am, but everyone has a limit and you need to recognise that limit or things can get unhealthy for you so this period has actually taught me a lot of things that I allowed to come to the surface and when I got that I embraced it.

There is much more to life than just your profession or when you create such an environment people look at your identity on the basis of your profession and somewhere you start losing respective as a human being.”

“I have come to an understanding that who am I as a human being, I can’t be this person. Yes, people love me and get inspired by me but who am I? So I have strongly recognized that love and support drive me but that cannot be the representation of who I am.

The demand of that position cannot be the representation of who I am.””It is a huge blessing, to get the love and support and I’m very grateful and blessed that I have so much love and support but for you, as a person as a human being you should be clear with what you want and you should be able to say no and walk away from things that your mind is not allowing you because your mind will try and keep you in a space where it fills with negativity but no try, you can do it, try a bit more but it’s not healthy,” added Kohli.

Kohli pointed out that the demands of a hectic cricketing schedule had affected his love for training for the matches, something which disturbed him and made him realise that he needed to step aside from the game for some time.

“I have always been a guy who follows his heart from day one, I was a guy who looked at as brash and I wasn’t mature enough but I was true to myself. I never wanted and tried to be someone else which in this recent phase I have been, I have tried to keep up to the demands and the expectations, not really felt my inner being completely which this phase allowed me to do.”

“I was experiencing that I’m not excited to train, I wasn’t excited to practice and that really disturbed me because this is not who I am and I literally need to step away from that environment. You get blinded when you get involved in such an environment, when you move away you get to know what is really happening.

This is what I need to do and this has been an amazing break.”While being on the break from the game, Kohli re-discovered his joy for the game and training for the same. “I never had a break this long and the first thing I realise is that I wake up in the morning I am excited to go to the gym, which isn’t a thing like ‘oh I have to keep up with this’ so that was my first mark.

This is my normal practice and this is what everyone should realise and give themselves space to come to this conclusion and not keep running like headless chickens and all over the place.”

“You can tend to get carried away with so many demands nowadays such schedules piled up again and again. You have seen the results of what happened to Ben Stokes and Trent Boult, Moeen retiring from Test cricket. These aren’t abnormalities but it happens and people who are in touch with them know what’s happening in their lives.”