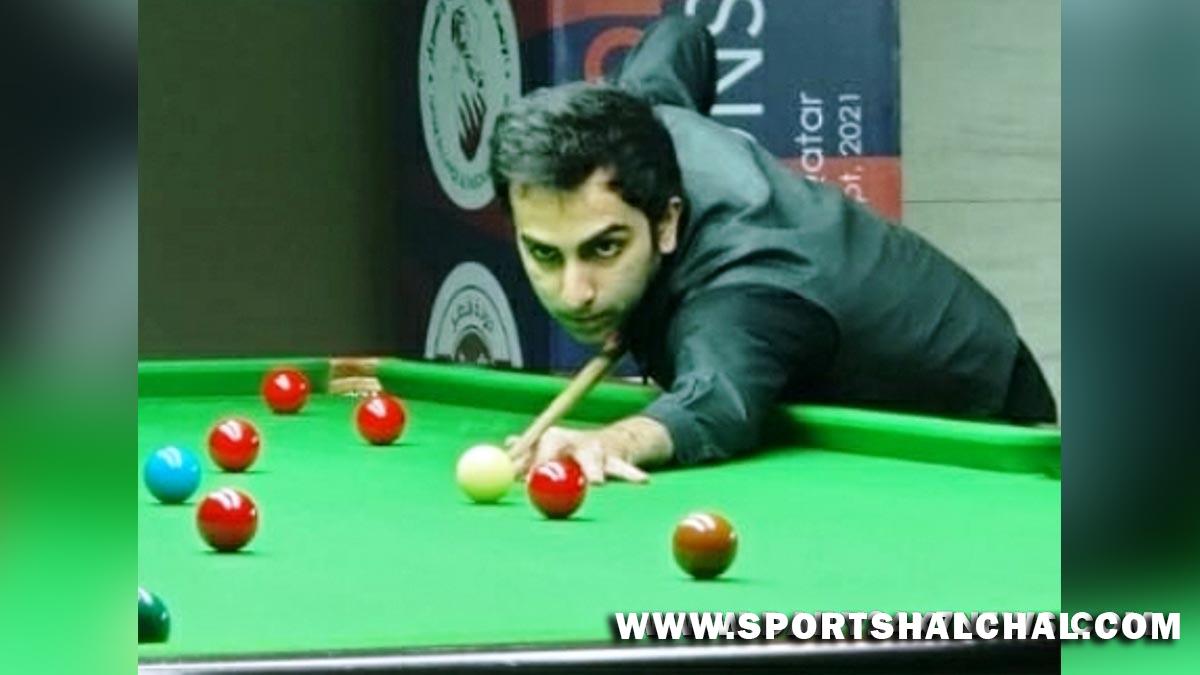 Doha : Defending champion Pankaj Advani topped group A after defeating Pakistan’s Ahsan Ramzan 4-1 and qualified for the knockout stage in the Asian Snooker Championship here on Tuesday.
Ahsan took the initial lead but Advani secured the first frame 73-38. In the second frame, Advani posted a break of 50 points and obtained a comfortable 2-0 lead. However, Ahsan returned to the game with a break of 58 and cut the deficit 1-2, but Advani made a century break of 102 points to maintain his lead 3-1.The fourth frame was close where Advani obtained the initial lead with a break of 44 points when he missed a crucial red pot and Ahsan attempted a comeback with a couple of visits. With the last red on board, Ahsan required all colours to secure the frame and he started potting brilliantly. He came quite close to securing the frame by potting pink but couldn’t handle the pressure and missed the black, which allowed Advani to secure the frame and the match 4-1.

Meanwhile, Amir Sarkhosh secured his match at the cost of one frame. He defeated Hwang Chulho from South Korea 4-1. Hwang played brilliantly in the first frame and won 88-01 but after that Amir controlled the game to secure the second frame 94-38.The third frame was tight and went till the last colour balls where Amir had an extra edge to lead 2-1. In the next frame, Amir crafted a break of 76 to lead 3-1 and then also won another frame 61-42 to close the proceedings 4-1.With this win, Amir Sarkhosh qualifies for the knockout stage along with Hwang Chulho leaving aside Lkhagvadorj Ochirbal of Mongolia who missed the bus by one frame.