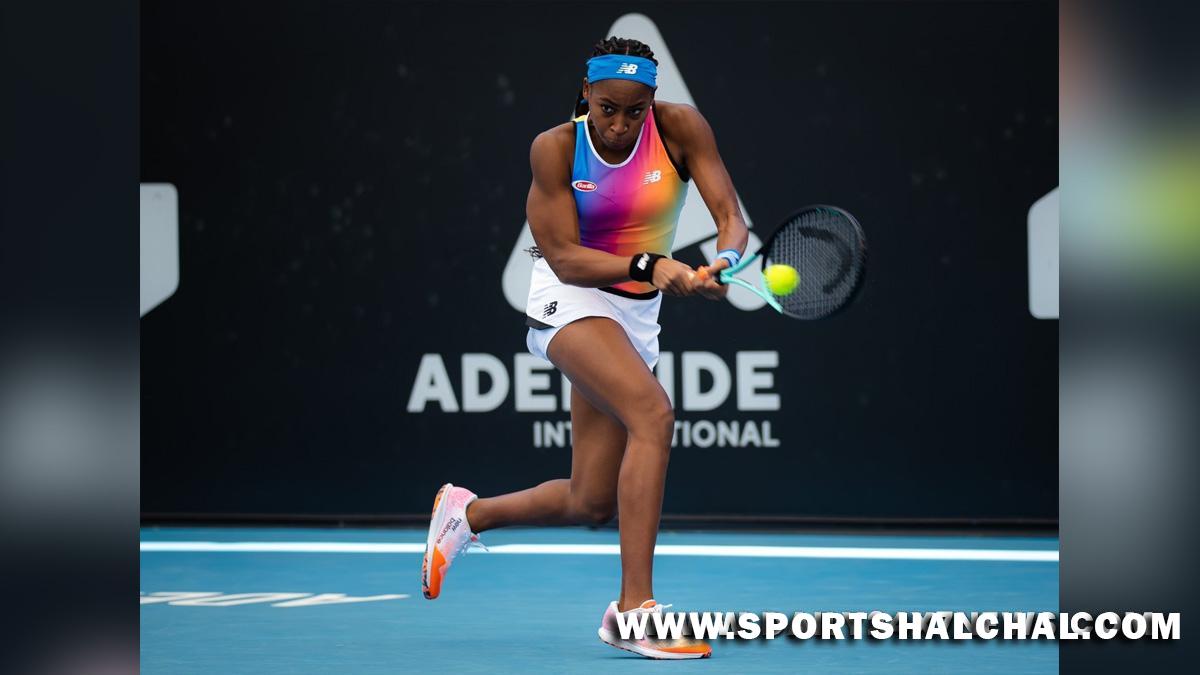 Doha : America’s Coco Gauff stormed into the quarterfinals of the Qatar Open with an emphatic 6-2, 6-3 upset of No 3 seed Spain’s Paula Badosa in just 1 hour and 17 minutes here on Wednesday.Gauff’s revenge puts the 17-year-old into her fifth quarterfinal at WTA 1000 level or above, following Dubai, Rome, Roland Garros and Montreal last year. The result was a reversal of the pair’s only previous encounter, won by Badosa 6-2, 6-2 in the third round of Indian Wells last year en route to her second career title.Gauff, seeded 14th, also sealed her first win over a Top 10 player since Rome 2021, where she defeated Aryna Sabalenka and Ashleigh Barty (via retirement) to reach the last eight.Gauff also came out on top of the high-octane baseline rallies that Badosa usually excels at, out-manoeuvring the Spaniard before finding the opening to inject pace with her backhand.

In total, Gauff struck 26 winners to Badosa’s 12. Badosa was also undone by a slew of unforced errors: she dropped serve in the first game after a sequence of forehand misses, and never quite found consistency with her baseline game.In another match No.15 seed Latvia’s Jelena Ostapenko also dealt out some revenge in the desert, dispatching No.2 seed Czechoslovakia’s Barbora Krejcikova 6-3, 6-2 in 1 hour and 13 minutes. Ostapenko, the champion in Dubai last week, equalled her career-best winning streak of eight with the victory and scored a fifth win over a Grand Slam champion in the past two weeks.At the Australian Open one month ago, the Latvian had led Krejcikova 6-2, 3-1 in the third round before succumbing in three sets. Here, she made no such mistake in a thoroughly dominant performance, landing 71% of her first serves and slamming 25 winners to Krejcikova’s 11.

After taking the first break of each set, Ostapenko did find herself pegged back by the Czech both times. This week, she has said that her mistake in Australia was trying “to be more accurate and just put the ball in play” instead of maintaining the all-out strategy that had put her in a winning position.Her response to Krejcikova getting back on serve bore out her intent to rectify this. In both sets, she redoubled her aggression to regain the lead – and this paid the most dividends in a stunning home stretch.Having been broken in the first game of the second set, Krejcikova seemed to have got a foothold in the match after breaking back and then taking a 2-1 lead. Ostapenko halted the comeback before it had even started by simply reeling off 20 of the next 25 points to take the next five games and the match.