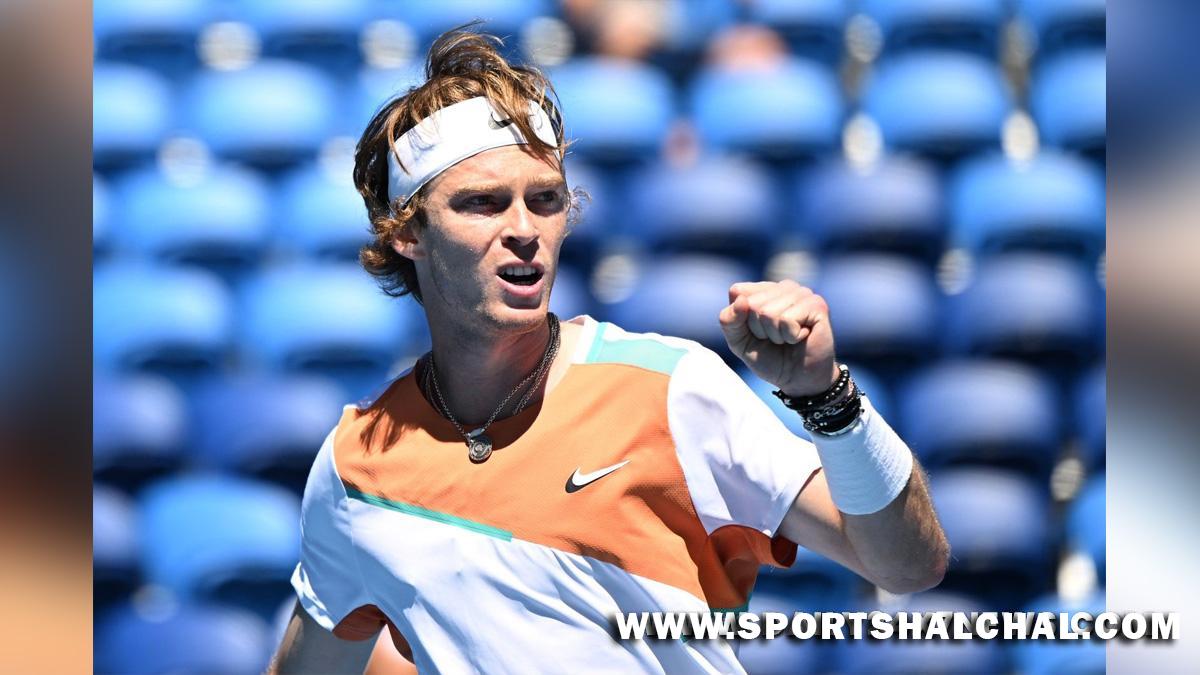 Dubai : Russian tennis player Andrey Rublev reached the finals of Dubai Tennis Championships after beating Hubert Hurkacz in the semi-finals, here on Friday.Rublev bided his time after a fast start from Hurkacz in the semi-finals of the ATP 500 event, clinching a tense 3-6, 7-5, 7-6(5) victory over two hours, 23 minutes.”I’m feeling super happy and super tired,” said Rublev, who is now one win from his fifth ATP 500 title. “I could not imagine that it would happen this week again, that I would be in a final, and I’m just happy.”Rublev lost to eventual champion Aslan Karatsev in the semi-finals in 2021, and he looked to be falling at the same stage again as a strong serving performance from Hurkacz had the World No 7 under pressure early on. The Pole struck the ball ferociously to force the only break of the first set in the second game of the match, barely giving his opponent a look-in on his own serve as he fired 10 aces and lost just three points behind his first serve on his way to the set.With Hurkacz in full flow the onus was on Rublev to find a way back into the match.

The Russian dug deep to engineer a breakpoint at 30/40 in the fourth game of the second set, but the Hurkacz serve proved up to the task once again, three huge consecutive deliveries emphatically dismissing the threat.Rublev showed no signs of frustration as he continued to chip away as Hurkacz’s level marginally dropped deep in the second set. The Russian took his chance at the crucial moment by breaking for 7-5 to level the match with a forehand winner.The momentum appeared to be with the Rublev in an engrossing final set. The Hurkacz serve was called into action again to fend off four break points in the fourth game, but despite errors from both players creeping in as the tension grew, the match came down to a deciding tie-break.It was Rublev who held his nerve to secure the narrowest of victories, taking the only point of the tie-break to go against serve after Hurkacz missed a forehand before serving out victory, an atptour.com report said.It marks the first time that World No 11 Rublev has beaten Hurkacz at tour-level, and the win moves Rublev’s match record at ATP 500 events to an impressive 59-20. He will now face either sixth seed Denis Shapovalov or Jiri Vesely in Saturday’s championship match, two left-handers enjoying strong runs in Dubai.