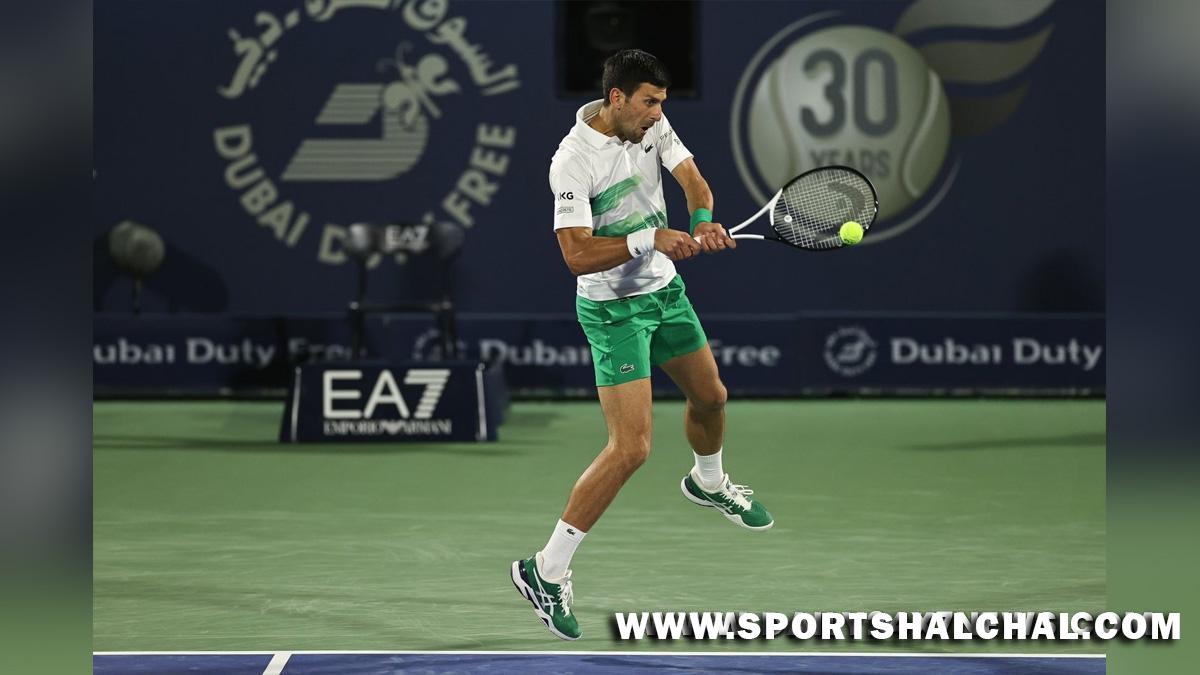 Dubai : Maintaining his strong record at the Dubai Tennis Championships, Novak Djokovic stormed into the quarter-finals for the 12th consecutive time after beating Russian Karen Khachanov, here on Wednesday.The World No 1 has lifted the trophy in Dubai five times and continued his 2022 title bid with a dominant display against Khachanov, beating him 6-3, 7-6(2) in one hour and 38 minutes at the ATP 500 event.Djokovic, who made a winning return to the Tour after defeating Italian Lorenzo Musetti in the first round, once again showed little signs of rustiness, winning 83 per cent (38/46) of his first-serve points against Khachanov to improve to 5-1 in their ATP Head2Head series.”I was feeling excited and motivated. But also at the same time I was feeling stressed. Particularly at the moments when I was facing break points. I thought the atmosphere in the stadium was terrific,” Djokovic said in his on-court interview.In an entertaining match, Djokovic was in control in the first set, not facing a break point as he moved ahead.

He then encountered an attacking bombardment from the Russian in the second set, with Khachanov hammering his groundstrokes to recover from 2-4 to eventually force a tie-break. However, Djokovic refocused and raised his level in the tie-break, sealing his win with a thunderous return.Competing in his first tournament of the season, the 34-year-old will next play Jiri Vesely after the Czech qualifier upset Doha Champion Roberto Bautista Agut 6-2, 6-4. With his victory, Djokovic has now advanced to at least the quarter-final stage in Dubai every year he has competed at the event since his debut in 2007, an atptour.com report said.”I missed it [playing competitively]. This is my life. This is what I have known for the past 20 years. Tennis is my love. I enjoy bringing positive energy and memories for people who watch,” the Serbian said.Djokovic will be keen to perform well this week in order to retain his No 1 in the ATP Rankings, which is under threat from Daniil Medvedev. The Russian is in action at the Abierto Mexicano tournament in Acapulco.