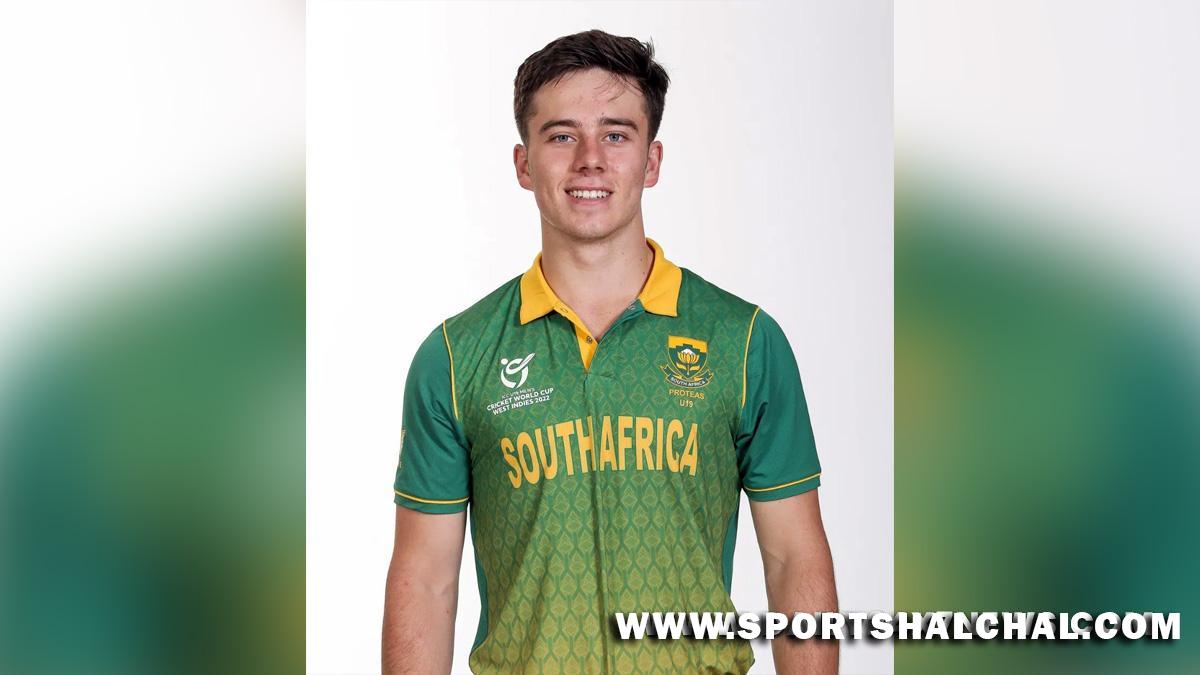 Dubai : The International Cricket Council (ICC) on Tuesday announced the nominees for Players of the Month for men’s and women’s international cricket featuring Dewald Brevis from South Africa, Ebadot Hossain from Bangladesh, Keegan Petersen from South Africa, Sri Lanka’s Chamari Athapaththu, West Indies all-rounder Deandra Dottin and England captain Heather Knight.The ICC Player of the Month nominees have strong men and women candidates, who are staking their claim with some brilliant performances. An independent ICC Voting Academy and fans around the world will now vote to decide the winners, which will be announced next week.The South African youngster Dewald Brevis impressed everyone with his all-round brilliance in the ICC U-19 World Cup 2022 in the Caribbean. The batter finished as the highest run-scorer of the tournament with 506 runs at an outstanding average of 84.33. He scored two hundreds and three fifties in his six appearances, and also picked up seven wickets at 28.57.

His all-round exploits helped him in claiming the Player of the Tournament Trophy as well, along with the charming moniker ‘Baby AB’.On the other hand, the Bangladeshi pacer Ebadot Hossain played two Tests against New Zealand in January and claimed nine wickets at 29.33. He registered figures of 6/46 in the first Test and helped Bangladesh to a historic victory in New Zealand, their first in the country.Ebadot’s performance helped him in becoming an overnight sensation, and he also claimed the Player of the Match Trophy for that.Another South African batter, Keegan Petersen was a sensation during the home Test series against India. He helped the Proteas register a series win at home against a strong Indian side, his runs helping lay the foundation as South Africa bounced back after losing the first Test to claim the series 2-1.Petersen played gritty knocks from No 3, amassing 244 runs during the series at an average of 61. It came as no surprise when he was named Player of the Series.The Sri Lankan skipper Chamari Athapaththu delivered brilliant all-round performances in the Commonwealth Games Qualifiers in January, helping her side win the tournament and seal its place in the Games later this year.Athapaththu finished as the leading run-scorer in the competition, amassing 221 runs at a staggering average of 56.25. She also picked up four wickets while maintaining a mean economy rate of 6.75.

Sri Lanka sealed their spot as the eighth side in the Commonwealth Games in Birmingham as cricket returns to the event for the first time since 1998.Meanwhile, the West Indies batter Deandra Dottin came up with a breathtaking batting performance in the ODI series against South Africa in January. She scored 187 runs in two matches against the Proteas, including an unbeaten 150 at the Wanderers. Her innings consisted of 18 fours and four huge sixes.Unfortunately, rain interrupted the match and no result could be achieved, even though West Indies had reduced South Africa to 87/5. Despite that, her performance lit up the series.On the other hand, the England skipper Heather Knight also came up with a brilliant batting performance in the only Test of the multi-format Women’s Ashes against Australia.Knight amassed 216 runs during the Test match in Canberra, including a magnificent knock of an unbeaten 168 during the first innings it was the second-highest score by a captain in the history of Women’s Tests. Her knock put England in a commanding position in the match, but Australia put up a fight, with the match ending in a thrilling draw.