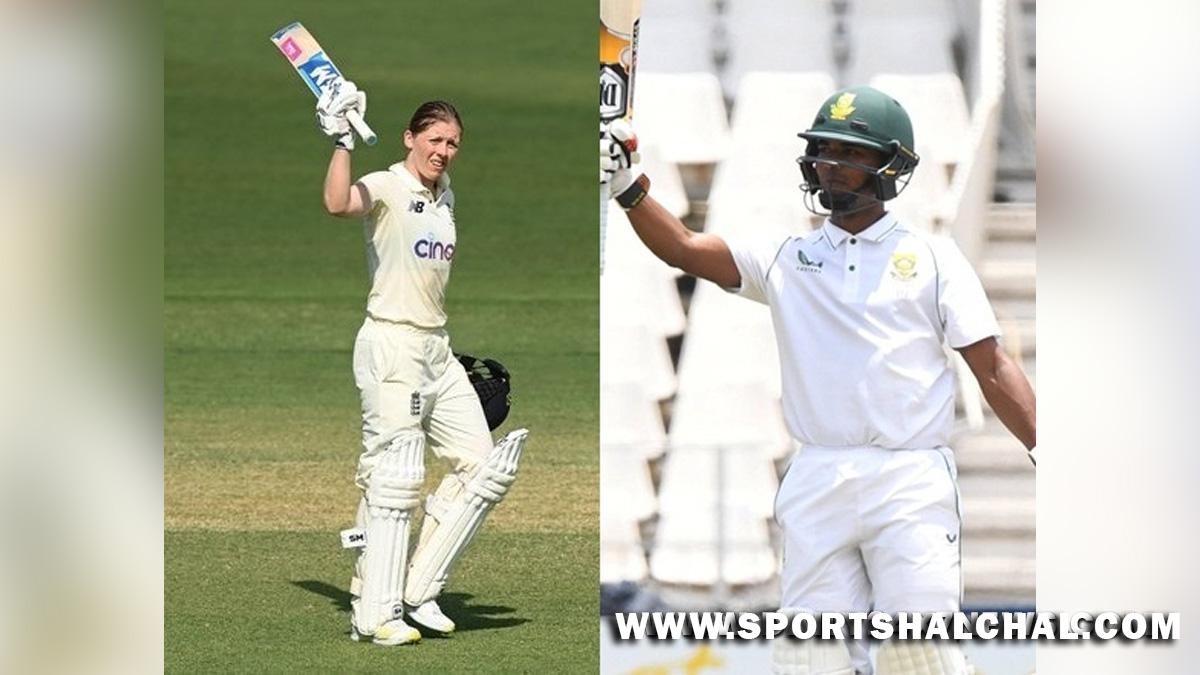 Dubai : The International Cricket Council (ICC) on Monday announced South African batter Keegan Petersen and England’s Heather Knight as the winners of the ICC Players of the Month Award for January 2022, in men’s and women’s categories respectively.Petersen, who was nominated alongside South Africa Under-19 star Dewald Brevis and Bangladesh pacer Ebadot Hossain, took home the award after a phenomenal Test series against India.Petersen played a pivotal role as South Africa came back from 1-0 down to win the three-match series 2-1. In the second Test, he scored 62 in the first innings, helping the Proteas gain a slender lead. In their chase of 240, he scored a crucial 28 runs.

In the final Test, Petersen scored a fifty in each innings, including a superb 82 in a challenging fourth-innings chase of 212 that helped South Africa complete their comeback. He ended the series as the highest run-scorer with 276 runs and was named the Player of the Series.”With the hype of the series and the high expectation, the composure he showed while batting in a pivotal No.3 position was simply staggering,” said former South Africa star and member of the voting panel JP Duminy.For the women’s award, England skipper Knight beat off competition from Sri Lanka captain Chamari Athapaththu and West Indies star Deandra Dottin to be named ICC Player of the Month for January 2022.Knight captained England in the one-off Ashes Test against Australia in Canberra and finished as the highest run-getter.