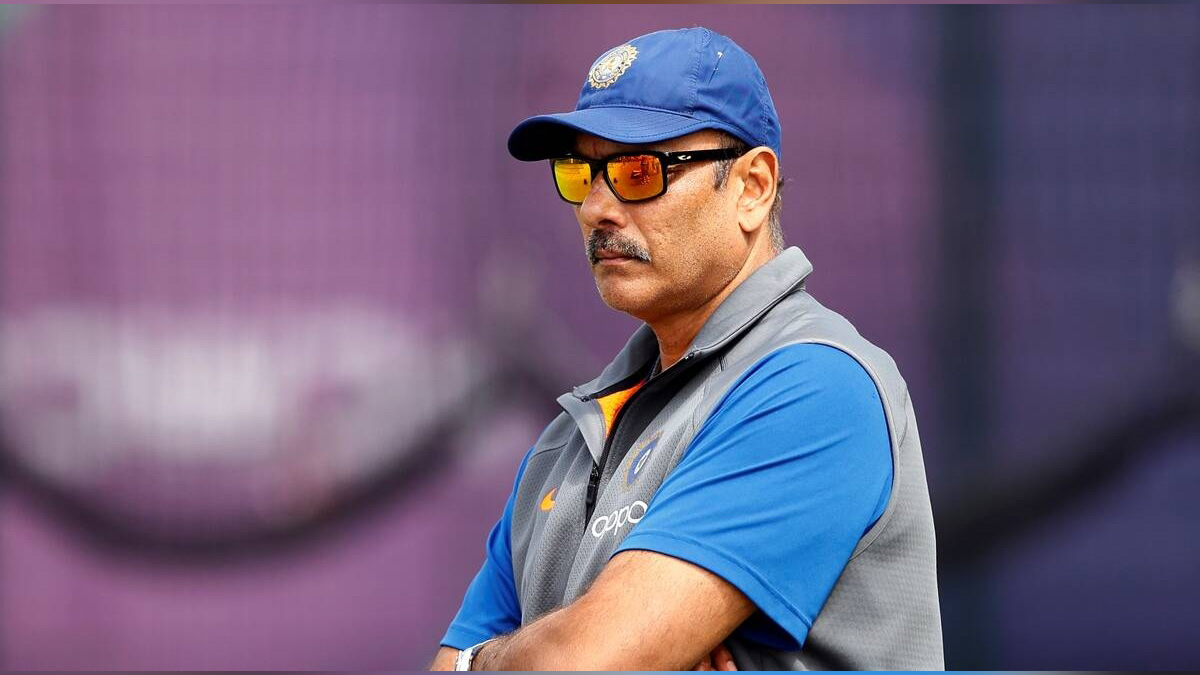 ENG v IND, 5th Test: No better person to take over after me than Rahul, says Ravi Shastri

Birmingham : Former India head coach Ravi Shastri hailed his successor and former batter Rahul Dravid, saying that he is the best person to take over from him as the head coach of the national side.

After Shastri’s reign as the head coach ended after Men’s T20 World Cup last year, Dravid succeeded him for the job in November 2021 and is currently with the side in the ongoing Edgbaston Test.

“No better person to take over after me than Rahul. I got that job (of head coach) by mistake which I told Rahul. I was in the commentary box; I was asked to go there and I did my bit.

But Rahul is a guy who has come through the system, he has done the hard yards. He has been the coach of the U-19 team and he has taken over this Indian team and I think he will enjoy it once the team starts responding to what he says,” said Shastri in a conversation with Nasser Hussain and Michael Atherton on Sky Sports.

Under Shastri’s reign, India stepped up its overseas record in Test cricket, winning the Border-Gavaskar Trophy twice in Australia in 2018/19 and 2020/21 apart from leading 2-1 in the series against England, taking the side to new highs in Test cricket, holding the top spot in the rankings as well.

“I think it was very rewarding, it can be a thankless job because you are judged everyday of your life by 1.4 billion (people) only. There is no hiding away from it, there is nothing to hide behind. You face the bullet, performances matter day in and day out. You got to win.”

“The expectations are big, but the way the boys responded, when I look back at my tenure, those seven years when I was there, I am proud that I had a team that responded in the fashion they did.

When I did take over, they were not playing the best of cricket as those rankings will show but towards the end of it, they were right up there in all formats of the game,” beamed Shastri.

While India peaked in its growth in Test cricket, the same wasn’t repeated in white-ball cricket, unable to register an ICC trophy against their name, with the best being a runners-up position in the inaugural World Test Championship final in 2021.

“If anything, they did not win the World Cup in that tenure of mine but otherwise some amazing performances around the globe in different countries in red-ball cricket and white-ball cricket.

But nothing beats those two back-to-back series wins in Australia. That is the icing on the cake then of course, leading in the series in England last year.”

“The team took pride in playing red-ball cricket, Virat (Kohli) must be complimented for that. He led from the front, he wanted to play in that fashion, the fast-bowlers responded.

You could see players evolving in that period of time, the Jadejas, Rishabh Pants, Shubman Gills came through the ranks; class players and plenty of them still there,” stated Shastri.

Shastri further explained how the Indian team began to transform itself into winning overseas Tests consistently. “I started at 18. By the time I was 21, I was playing for India and the skin was as thick as anything.

Nothing fazed me and that helped when I was coach of India because nothing bothered you. The last thing I was worried about was media. If the boys performed, media will react the way they want.

If you don’t do well, they have a right to smash you and if you do well, you will get the accolades.””Our job was very simple, what the media did not like about Indian cricket.

The fact was that we were bullies at home and we didn’t play great cricket when we were overseas. So the job for me with the team was to prove them wrong. So, how are you going to do it?

You sit with the team; you sit with Virat and say that we are going to take 20 wickets. As simple as that, take the pitch out of the equation.””Both teams play on the same surface. You make your 250-275, then look to take 20 sticks.

That’s the way you are going to win the game. Now what is the combination needed? You need fast bowlers as you can’t live on a spin diet and expect to win overseas; you can’t get pitches for that.

So, horses for courses, get 20 wickets with fast bowlers in, find the right combination and have the stomach for a fight,” concluded the former India all-rounder.