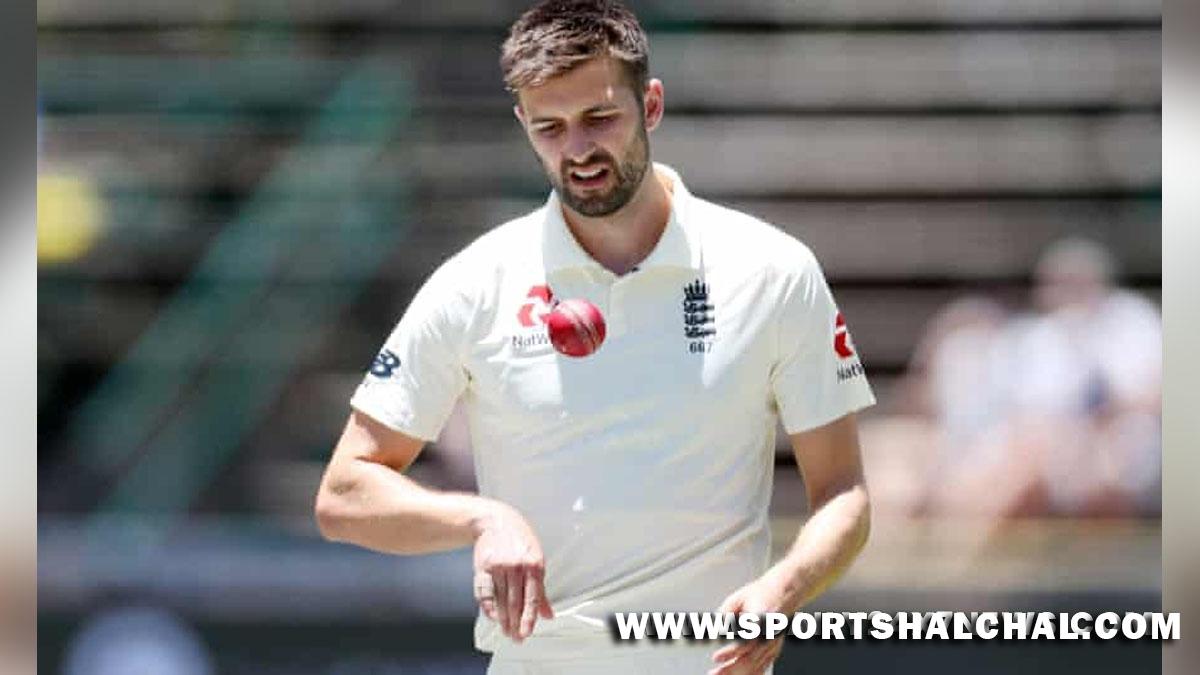 Bridgetown (Barbados) : England pace bowler Mark Wood is likely to be sidelined for the second Test against the West Indies at the Kensington Oval here from March 16, as he is still reportedly battling the elbow injury he picked up in the opening Test at Antigua.The tourists’ interim coach, Paul Collingwood, said on Sunday evening (Monday IST) that the expected loss of Wood for the second Test would be another blow to his side, which is already missing pace stalwarts Jimmy Anderson and Stuart Broad after the experienced pair was not selected for the three-Test series.”He (Wood) is sore. The sensible option is to send him for a scan and see what he is going to be like for the rest of the series. He has not bowled in the second innings here (Antigua Test) so you would say it is unlikely he will feature in Barbados,” Collingwood was quoted as saying by the ICC.The news of Wood’s ongoing injury will likely be offset by the return of pacer Ollie Robinson after he sat out the opening Test with back spasms.”Ollie is looking pretty positive at the moment. His recovery has been excellent. The backroom staff has done a great job on Ollie and he bowled a couple of spells today (Sunday) and is getting the ball through really well so that is looking really positive,” added Collingwood.

Meanwhile, the West Indies look set to stick with a similar team for the second Test here after they named an unchanged 13-player squad for the next match in the series.Bat dominated ball during the first Test in Antigua that finished in a draw, but the West Indies have decided against bringing any fresh players into their squad for the second Test that commences on Wednesday.Instead they have named the same 13 that was in contention to play in Antigua and chief selector Desmond Haynes said it was a simple decision to name the same group of players once again.”It was a hard-fought first match in Antigua and we decided to stick with the same 13 players for the second match in Barbados,” Haynes said.”(Nkrumah) Bonner demonstrated the way you should play, and we were very pleased with the way he played in the first innings and again in the second innings. It was a hard work for all the bowlers, and we were very happy with the way they stuck to the task.”West Indies squad for second Test: Kraigg Brathwaite (c), Jermaine Blackwood, Nkrumah Bonner, Shamarh Brooks, John Campbell, Joshua Da Silva, Jason Holder, Alzarri Joseph, Kyle Mayers, Veerasammy Permaul, Anderson Phillip, Kemar Roach, Jayden Seales.