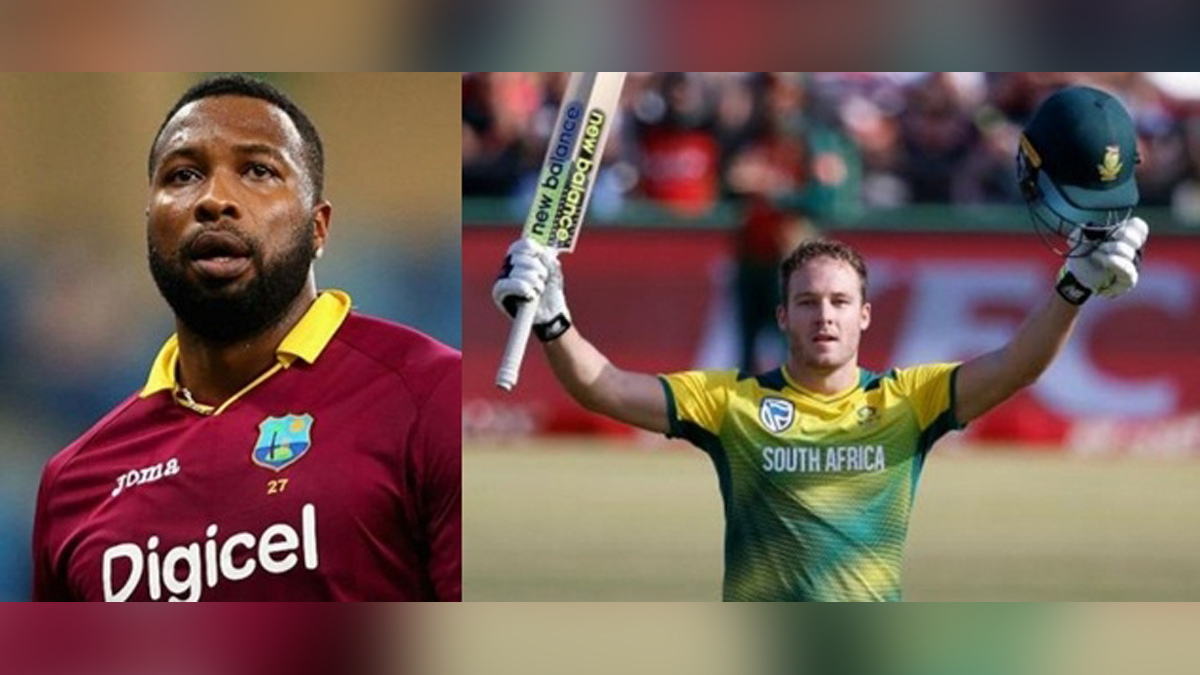 Abu Dhabi (UAE) : Cricket’s fastest format will return with a bang this winter, with Dwayne Bravo, Kieron Pollard, Chris Lynn and David Miller all among this year’s Abu Dhabi T10 icon players’ list to be picked by the different franchises.

Bravo has been retained by the Delhi Bulls, while Lynn is top of the billing for host city franchise Team Abu Dhabi. Bangla Tigers have opted for Shakib Al Hasan, Dasun Shanaka headlines the Chennai Braves squad, and two-time winners Northern Warriors have kept hold of Wanindu Hasaranga.

As for reigning champions Deccan Gladiators, they’ve kept star captain Andre Russell as their Icon Player ahead of their defence of the trophy.This year will also see the introduction of two new USA franchises; the New York Strikers and the Morrisville SAMP Army. New York Strikers have gone for Pollard as their Icon Player, while Morrisville SAMP Army have snapped up Miller.

Pollard, one of the most devastating and successful players in the history of white ball cricket, will play alongside England’s 2019 ODI World Cup winning captain Eoin Morgan at New York Strikers, who clearly mean business with their top two picks.

Over at Morrisville SAMP Army, recent IPL winner with the Gujarat Titans, Miller, is joined by compatriot – and tearaway quick – Anrich Nortje as their Platinum player, with Moeen Ali and Shimron Hetmyer also signed up.

Shaji Ul Mulk, Chairman T10 Sports Management said, “I am pleased to welcome on board the Morrisville Samp Army and New York Strikers from USA to our Abu Dhabi T10 family.

Our aim for the league was to establish the Abu Dhabi T10 as one of the standout events on the international cricket calendar and grow our global broadcast viewership numbers which currently stand at 342 million.

With the addition of the two new teams from Americas, we continue building on the success of the tournament as cricket’s fastest format continues to evolve at a rapid rate across continents.

“We’re proud to assemble this star cast of players as the Icon and Platinum players for this season and hope to see the fans back into the stadium for the 6th edition of the tournament.”

We hope that the team can go all the way, and they will have all the support from the management in that endeavour. The Abu Dhabi T10 is among the best events in the cricket calendar and I’m sure that the New York Strikers will add even more colour to the tournament.”

“It is a start of a new and exciting chapter for Samp Army. Abu Dhabi T10 is a unique and a highly competitive competition which brings together elite players from across the globe. It gives us the perfect opportunity to compete against the some of the best players in the world and test ourselves out.

We are looking forward to the season and hopefully we make our fans proud back home in the USA,” added Ritesh Patel, Owner, Morrisville Samp Army.Season 6 of the Abu Dhabi T10 starts off at the magnificent Zayed Cricket Stadium on November 23, with its final being played on UAE’s National Day on December 4.

Along with the six teams who have been part of the journey, two new sides from USA have joined the bandwagon with the New York Strikers and the Morrisville SAMP Army making it an eight-team extravaganza, where they will battle it out in a 10-overs a side game.

The initial Icon and Platinum Player picks and retention selections saw plenty more star power added to the eight franchises. All eight squads will take final shape at the tournament’s 2022 Official Player Draft on September 26 in Abu Dhabi, where each team will be required to select one International Emerging player and three UAE players.

Cricket’s fastest format reached 342 million television and over-the-top (OTT) digital viewers in 2021, which resulted in sponsorship values increasing by 81 per cent. Meanwhile the viewership numbers increased by a whopping 135 per cent from the previous edition.

The tournament’s format will have each of the eight teams playing each other once – single round robin. The top four qualifying teams will advance to the play offs, which include to qualifiers and one eliminator to decide the two finalists.