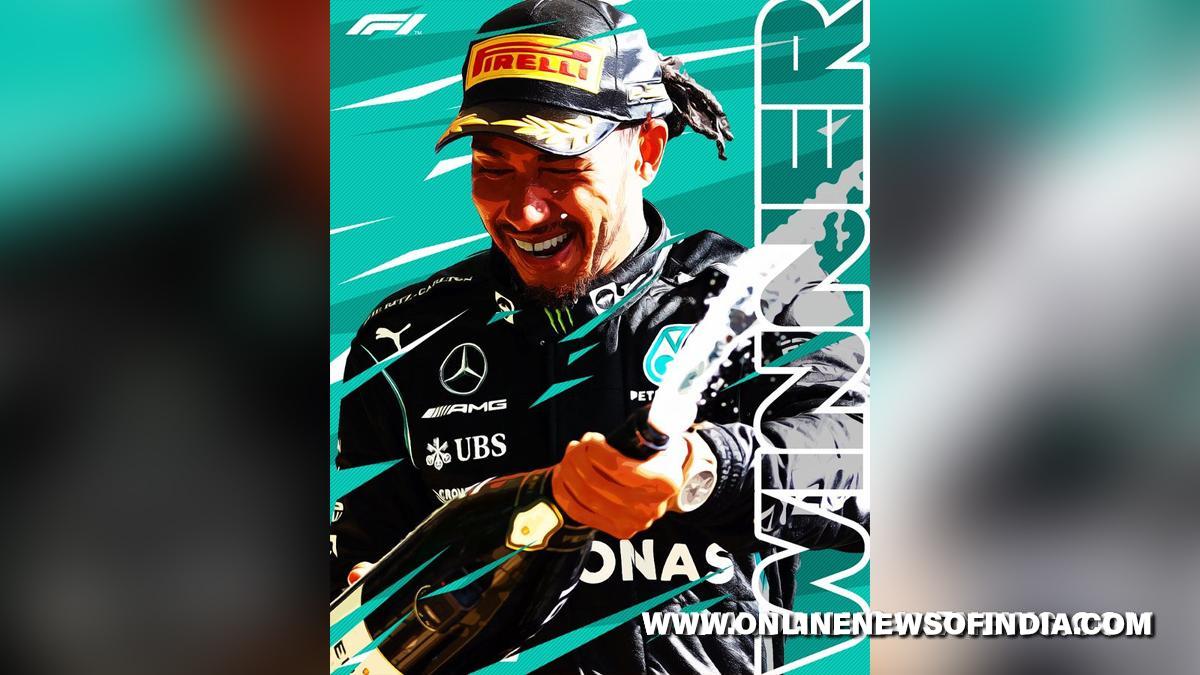 Losail (Qatar) : Mercedes driver Lewis Hamilton registered a dominant victory in the inaugural Qatar Grand Prix at the Losail International Circuit, and closed down the gap with title rival Max Verstappen of Red Bull, making the race for the drivers’ championship tighter with two races to go.Verstappen, recovering from a grid drop that saw him start at seventh position, fought back to finish second, as Alpine’s Fernando Alonso took the final podium position.After a clinical start from pole position, Hamilton was able to control the pace at the front and maintained his position as he raced to his second win in a row after Brazil. But while Hamilton was impressive, so too was Verstappen, who was dropped from the second position to seventh on the grid for failing to respect double waved yellow flags in qualifying.The Dutch driver shrugged off the disappointment, though, jumping to fourth at the start before quickly making his way up to second, as he followed Hamilton across the line to limit the damage to his title lead, which now stands at eight points as Verstappen claimed the fastest lap bonus point.

Hamilton now has 343.5 with Verstappen, who has 351.5, with races in Saudi Arabia and Abu Dhabi to go.Meanwhile, there was joy down at Alpine as Alonso returned to the podium for the first time since the 2014 Hungarian Grand Prix, the Spaniard having executed an aggressive drive to survive late-race pressure from Red Bull’s Sergio Perez to take third.Perez’s fourth place was a decent recovery co’sidering he’d started P11, while he finished ahead of the Alpine of Esteban Ocon, with Lance Stroll taking P6 for Aston Martin.The Ferrari pair of Carlos Sainz and Charles Leclerc were P7 and P8. Lando Norris took P9 after a late stop for the McLaren driver, as Sebastian Vettel took the final points-paying position for P10 – with Pierre Gasly failing to make a two-stop strategy work, dropping from P2 on the grid to P11, allowing Alpine to move clear of AlphaTauri in P5 in the standings.Meanwhile, it was a day to for’et for Mercedes’ Valtteri Bottas, who took his own grid drop, dropping from P3 to P6, before falling to 11th at the start and then suffering mid-race tyre issues – as did Williams’ George Russell and Nicholas Latifi – before Mercedes retired him.

Hard to believe we can drop the No.4 ranked Test batsman in the world : Steve Waugh…