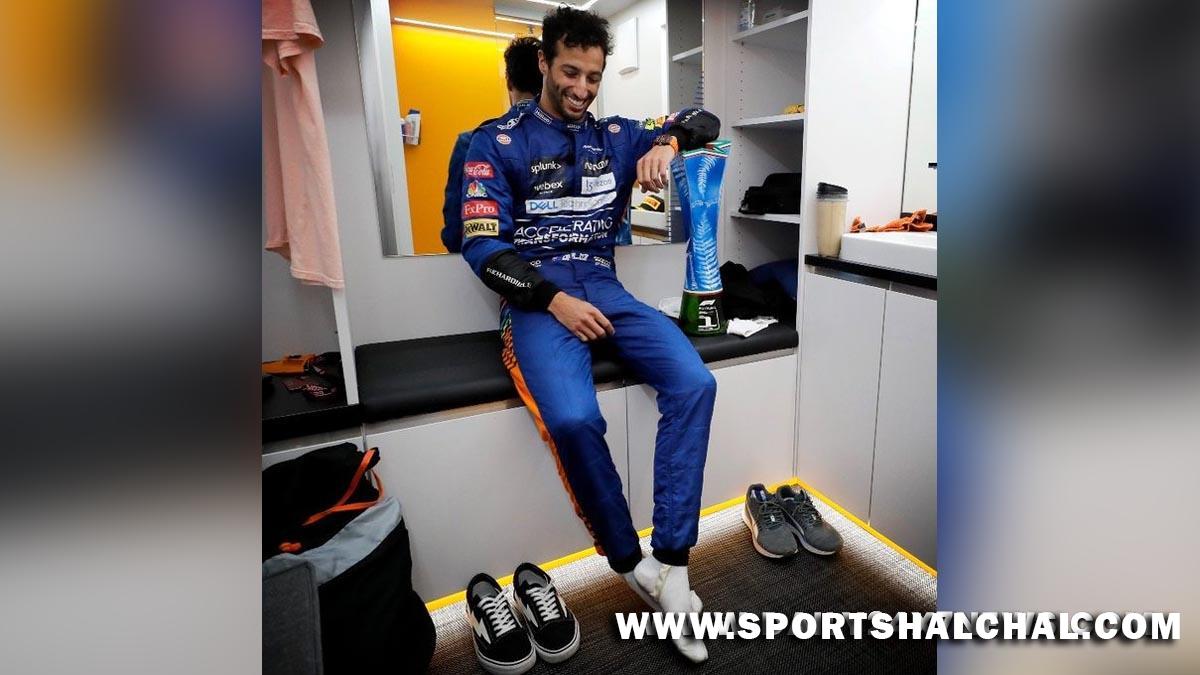 Sakhir (Bahrain) : Formula One driver Daniel Ricciardo has tested negative for Covid-19 and will be able to return for the Bahrain Grand Prix, McLaren have announced on Wednesday.”McLaren F1 Team confirms that after testing positive for covid-19 last week, Daniel has now returned a number of negative tests and will therefore return to the paddock on Thursday ready to compete in this weekend’s Bahrain GP,” McLaren stated in a release.The 32-year-old was taken ill on the day prior to the start of testing in Bahrain. He missed the first two days of the test, and the official pre-season drivers’ photograph, with reported stomach problems.

On the third day of the test, McLaren issued a statement saying that although Ricciardo had initially tested negative for Covid-19, he subsequently returned a positive test and would isolate.”Daniel has been feeling better each day as he continued to recover while in isolation following local regulations in Bahrain,” the team added.Team mate Lando Norris completed all three days of the test for McLaren in Ricciardo’s place. Problems with their front brakes limited the number of laps he was able to complete.

Women’s World Cup: We really need to work very hard in the next game : Mithali Raj