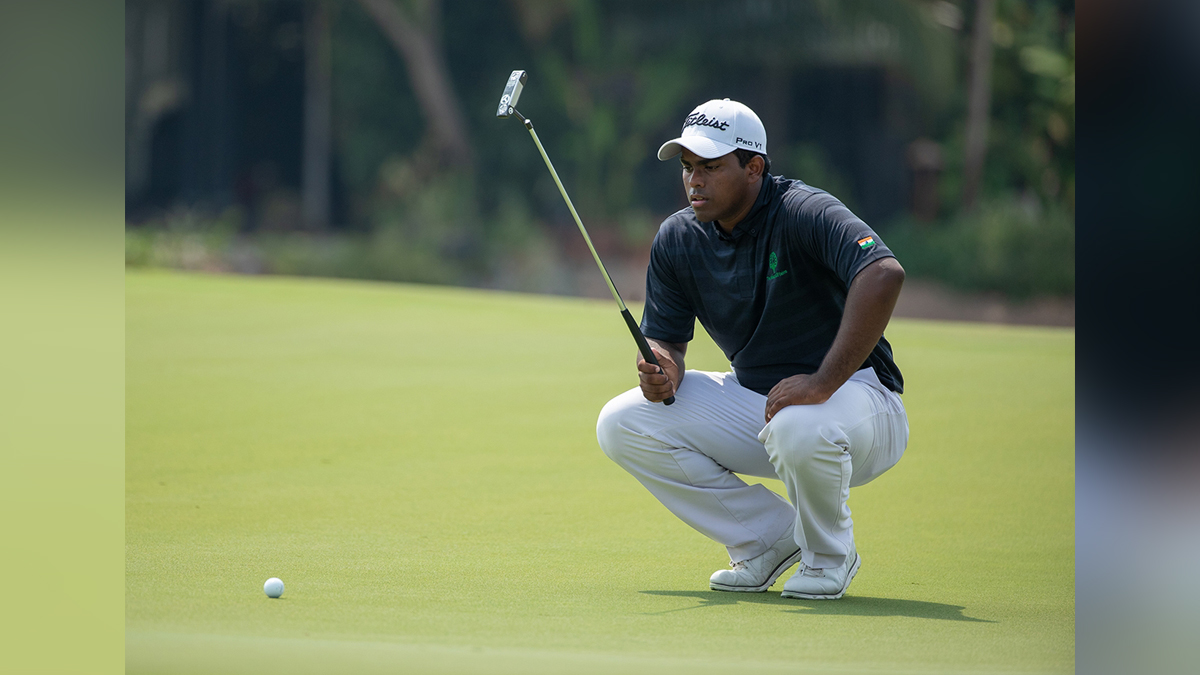 Thailand : Rayhan Thomas still has vivid memories of how close he came to creating history at the 2018 Asia Pacific Amateur Championships.He shot 4-over on the first day but fought back over the next three days to get within a whisker of the title that would have given him a tee time at the 2019 Masters.

He ended Tied-second alongside Keita Nakajima, who went on become World No. 1 amateur, and behind winner Takumi Kanaya, who is now making waves on the pro Tour.This will be Thomas’ fifth appearance at the AAC, where his best is second place and he has made the cut each time.

Thomas, looking forward to the 2022 edition in Chonburi, Thailand said, “I’m playing a lot better. The game is feeling pretty good. The Eisenhower Cup (World Amateur Team Championship) was a lot of fun.

“I had a stress fracture in my wrist just before the post-season. So I started playing around the start of May. And the Eisenhower (Cup) was the first tournament that I’d played in four months.

“So, considering that, Eisenhower was a good trip. I am now looking forward to playing in the Asia-Pacific again. I love Thailand. And I love Asia-Pacific, they’ve done a great job with them where they are at their event. Hopefully, you know, it will stir up some good memories from 2018 like putting myself in contention to win this year. So it should be a lot of fun.”

Thomas finished 11-under 269 at the Sentosa Golf Club in Singapore and was tied-second as Takumi Kanaya won the title. Thomas tied for second with Keita Nakajima, who went on to become the World No. 1 amateur, and recently turned professional.

Since 2018, Thomas, who was then based in Dubai, has moved to the US where he is on a golf scholarship at the famous Oklahoma State University, which has produced some superb young stars including Viktor Hovland recently and the likes of Rickie Fowler in the past.

Back in 2018, soon after the finish Thomas had said, “This medal (second place) means a lot to me. That 4-over on first day was pretty disheartening but I am very proud to have fought back from there and come so close,” said Thomas. “I just did not score well as the putts did not fall (on first day).”

As he left that year, he said, “It is good to know that I can win this as I still have maybe two or three shots at it (the AAC).Now Thomas with a bunch of other Indian amateurs is back.Thomas has a lot of experience, of playing in amateurs and alongside professionals. He even won a pro event while being an amateur in Dubai and has made cuts, too, in big events.

Thomas will lead a strong seven-man squad in the 13th edition of the Asia-Pacific Amateur Championship (AAC) to be played at Amata Spring Country Club in Chonburi, Thailand from October 27-30.

The Indian team includes Shat Mishra, who has been very consistent on the domestic circuit; Milind Soni, a member of the Indian team at the 2021 AAC, where he finished 41st and Aryan Roopa Anand, a two-time winner of All India Amateur Championships, an event that is more than a 100 years old.

The others are Krishnav Nikhil Chopra, who will soon be going to the US for college golf and is the son of former India cricketer, Nikhil Chopra.Then there is the Dubai-based Arjun Gupta, winner of the 2000 Abu Dhabi amateurs and fifth at Kenya Amateurs and Shaurya Bhattacharya, sixth-place finisher at Dutch Amateurs are the others.

The AAC has a strong legacy and amateurs love being a part of it.India’s Rashid Khan, who has won two times on the Asian Tour and the many times on the domestic Professional Golf Tour of India, vividly remembers the inaugural AAC at Mission Hills Golf Club in Shenzhen, China.

“There was a lot of excitement among us amateurs leading up to the tournament,” said Khan. “We could not wait to play an event that involved Augusta National Golf Club and The R&A, and to have a chance to possibly play the Masters.

“We expected a lot, but when we reached there, it still blew our minds. From the golf course set-up to how we players were treated, everything was done so professionally and was of an exceptionally high standard. We’d never experienced anything like that before. We started craving for more such experiences.”