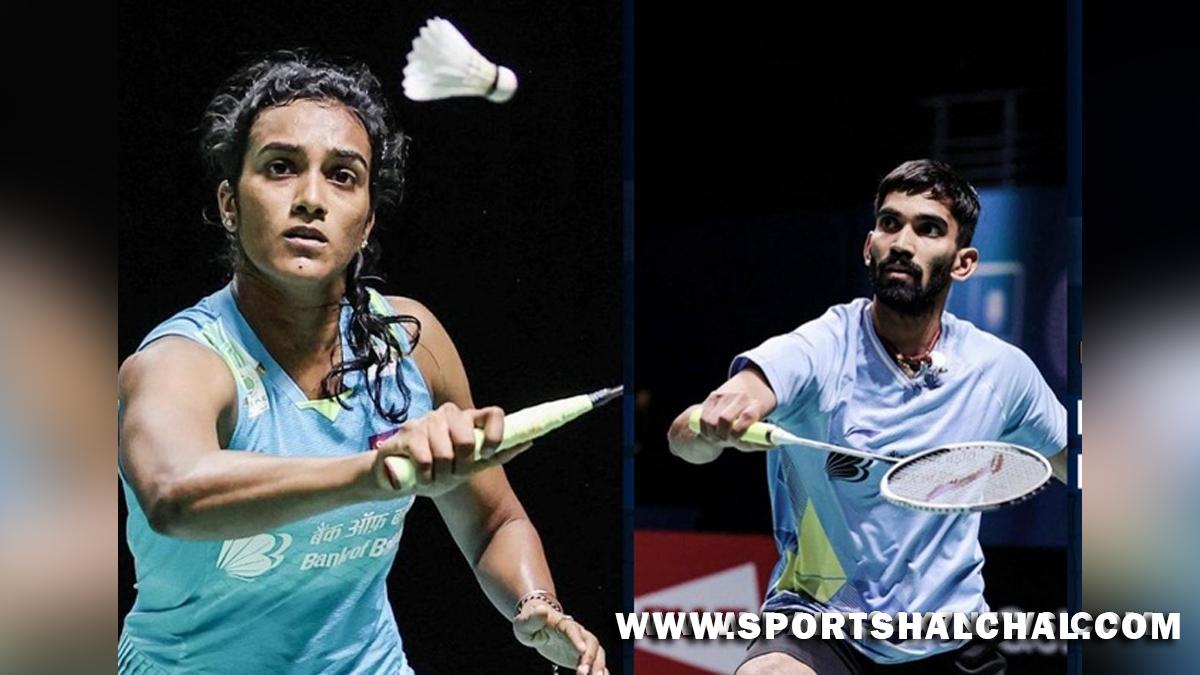 Mulheim (Germany) : Top Indian shuttlers PV Sindhu, Kidambi Srikanth, HS Prannoy and Lakshya Sen advanced to the second round of the German Open 2022 Super 300 badminton tournament after winning their respective opening round matches, here on Tuesday.Former world champion Sindhu registered a dominating 21-8, 21-7 win over Thailand’s Busanan Ongbamrungphan to enter the second round. With this win, she extended her head-to-head record against the Thai shuttler to 15-1.The two-time Olympic medallist Sindhu started the match swinging and raced to an 11-4 lead at the first break. She upped the ante after the restart and sealed the first game convincingly. World No 11 Ongbamrungphan tried to keep the Indian ace in check in the second game but Sindhu was in fine touch and went on to pocket the match in straight games.The 26-year old Sindhu will next face the winner of the match between unseeded shuttlers Zhang Yiman of China and Beatriz Corrales of Spain. If Sindhu wins her next round, she could run into the current world No 1 and Tokyo Olympic silver-medallist Tai Tzu-Ying in the quarter-finals.Tai had defeated PV Sindhu in the semi-finals of the Tokyo Olympics and she has a strong 14-5 head-to-head record against the Indian shuttler.

On the other hand, London Olympics bronze medallist Saina Nehwal also progressed with a 21-15, 17-21, 21-14 win over world No 46 Clara Azurmendi from Spain.The current world No 25 Saina, who is making a comeback after missing the Syed Modi International and Odisha Open earlier this year due to injury, will next take on the winner of the match between Ratchanok Intanon, the eighth seed from Thailan’, and China’s Wang Zhiyi.Meanwhile, Kidambi Srikanth, India’s only seeded badminton player in men’s singles at the German Open, overcame a stiff challenge from world No 39 Brice Leverdez of France in the opening round.The Indian, ranked world No 11 and seeded eighth at the tournament, defeated his French opponent 21-10, 13-21, 21-7.Another Indian player in men’s singles, Lakshya Sen defeated Thailand’s Kantaphon Wangcharoen 21-6, 22-20. The Indian, currently world No 12, will next face Anthony Sinisuka, the world No 5 from Indonesia.HS Prannoy, who had reached the quarter-finals at World Championships, also made a winning start, beating Ng Ka Long Angus 21-14, 21-19 in 40 minutes. He will face either Indonesia’s Shesar Hiren Rhustavito or Malaysia’s Lee Cheuk Yiu.
However, in the mixed doubles, India’s Sai Pratheek and N Sikki Reddy crashed out after losing to the Thai team of Dechapol Puavaranukroh and Sapsiree Taerattanachai, the top seeds, 19-21, 8-21.
Dhruv Kapila and Gayatri Gopichand also failed to get past the first round hurdle after losing 19-21, 19-21 to Indonesia’s Mychelle Crhystine Bandaso and Adnan Maulana.