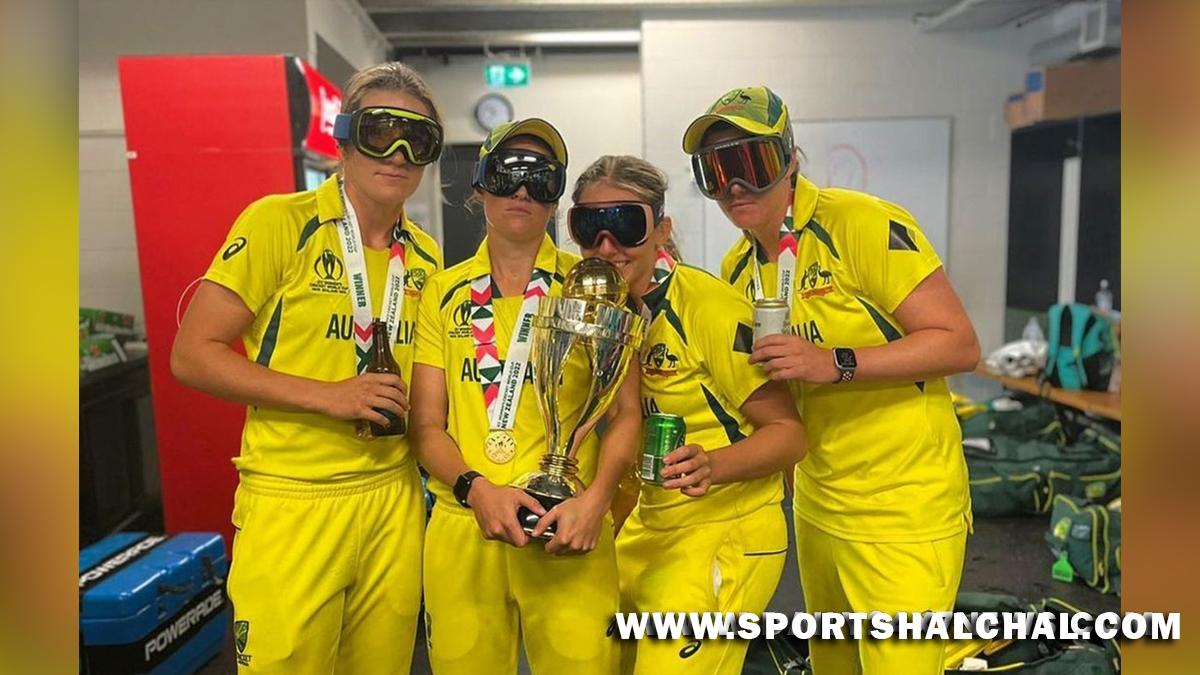 Christchurch : No Indian cricketer figures in the 12-member “Most Valuable Team” (MVT) of the ICC Women’s Cricket World Cup, revealed by the International Cricket Council on Monday. The MVT, which is captained by Australian skipper Meg Lanning, has three other Southern Stars in the ranks, besides three English players, three South Africans, a West Indies player and a Bangladeshi cricketer. However, the likes of Mithali Raj, Harmanpreet Kaur, Smriti Mandhana and Jhulan Goswami are missing from the list because of their patchy performance in the tournament. 2017 World Cup runners-up India bowed out of the tournament in the league phase, winning just three games out of seven in the eight-team tournament. Lanning has been named captain of the MVT as she guided Australia to its seventh Women’s World Cup title, defeating England by 71 runs at Hagley Oval on Sunday, and also scoring 394 runs in the tournament. Besides Lanning, ‘Player of the Tournament’, wicketkeeper-batter Alyssa Healy, too is in the MVT. The 32-year-old Healy made two centuries in the knockout stages, including 170 in the final.

The team was chosen by a panel comprising ICC’s Chris Tetley, Lisa Sthalekar and Nasser Hussain, among others. Lanning’s vice-captain Rachael Haynes was selected after ending as the second-highest run-getter on 497, with 130 of those coming in their opening league game against England. Haynes is carded to bat at four with her usual opening partner Healy joined by South Africa’s Laura Wolvaardt at the top. The 22-year-old Wolvaardt cracked five half-centuries as the Proteas reached the semifinals, and is one of three South Africans selected. All-rounder Nat Sciver has been named at five after finishing as England’s leading run-scorer with 436, including 148 not out in the final, and contributing four wickets. Australian batter Beth Mooney is chosen at six after ending with an average of 110.00, as she smashed 330 runs in the middle order and took two breath-taking catches. Hayley Matthews is the only West Indies player named in the side after an all-round excellent World Cup.
She top-scored for the West Indies with 260 runs and also led their wicket-taking column with 10.Another starring all-rounder, South Africa’s Marizanne Kapp delivered two player-of-the-match performances in a row on her way to 12 wickets and 203 runs. England’s Sophie Ecclestone was the best bowler with 21 wickets, while her six for 36 in the semifinal against South Africa was the best bowling performance of the World Cup. South Africa’s Shabnim Ismail is the fastest bowler in the team at No.10 and she ended the tournament with the second-most wickets, with 14. Bangladesh’s Salma Khatun rounds out the XI. The off-spinner earned the honour with 10 wickets as Bangladesh made their debut in the 50-over event. England’s Charlie Dean has been selected as the 12th player after bursting onto the scene in her debut World Cup, taking 11 wickets and contributing to a 65-run partnership with Sciver in the final.
Most Valuable Team: Laura Wolvaardt (South Africa); Alyssa Healy (wk) (Australia); Meg Lanning (capt) (Australia); Rachael Haynes (Australia); Nat Sciver (England); Beth Mooney (Australia); Hayley Matthews (West Indies); Marizanne Kapp (South Africa); Sophie Ecclestone (England); Shabnim Ismail (South Africa); Salma Khatun (Bangladesh); Charlie Dean (England).

IPL 2022: Waiting for that one win which will put CSK on the right track : Ravindra Jadeja