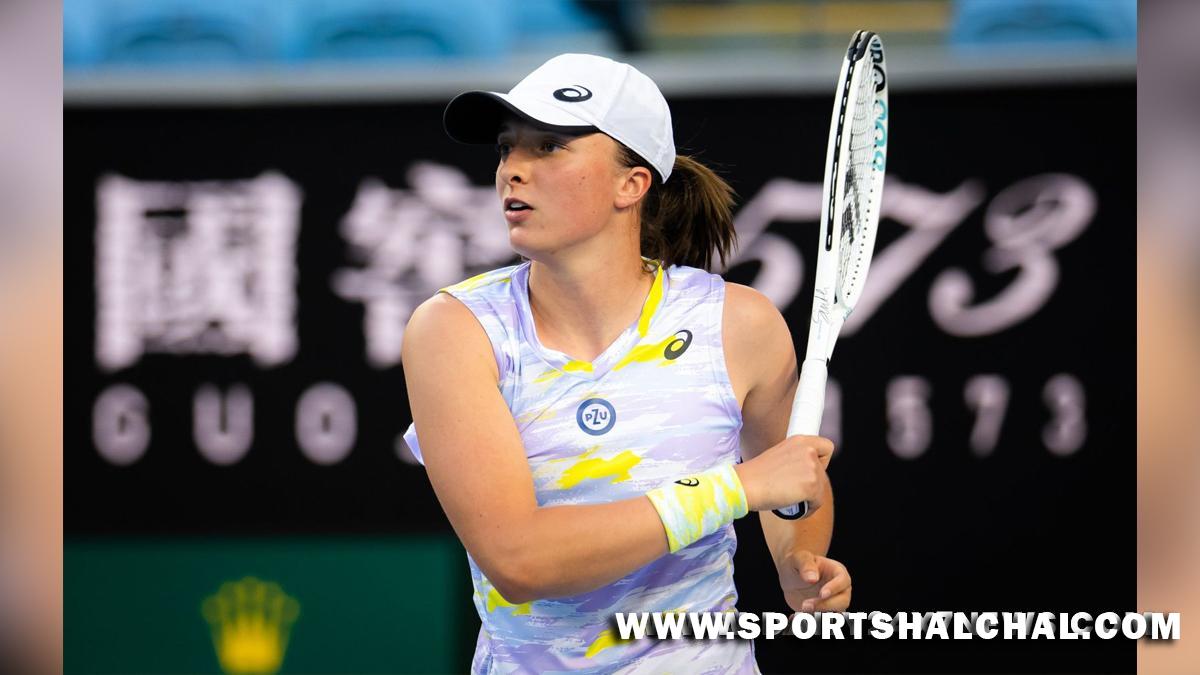 Miami : Polish tennis star Iga Swiatek held off Jessica Pegula of the United States 6-2, 7-5 to win her 16th straight match and make the Miami Open final a WTA 1000 event on Friday (IST).Swiatek, who will be the new world No. 1 on Monday when the rankings are released, is into her maiden Miami Open final, and her third consecutive WTA 1000 final overall. The 20-year-old Pole needed an hour and 48 minutes to overcome No.16 seed Pegula, the last American remaining in singles at the Miami Open.Swiatek will now take on former world No.1 Naomi Osaka of Japan in an exciting battle for the title. Osaka defeated Belinda Bencic of Switzerland 4-6, 6-3, 6-4 for the first time at a tour-level event.”Even though it’s the middle of the night, I feel like I’m going to get some time to chill out today, because it was a really intense match and I had to give everything,” Swiatek told wtatennis.com after the victory.

Osaka won their only previous meeting, when she defeated Swiatek 7-6(4), 6-4 in the Round of 16 at 2019 Toronto.If Swiatek can avenge that loss, she will become the fourth player to win titles at both Indian Wells and Miami in the same season, completing the “Sunshine Double.” She would then join Germany’s Steffi Graf (1994 and 1996), Belgium’s Kim Clijsters (2005) and Belarusian Victoria Azarenka (2016) in that elite group.”I am excited for sure (about facing Osaka in the final), but on the other hand for me, the most important job is this is a match like any other,” said Swiatek. “I don’t want to change my routines, I don’t want to change my attitude, because it’s been working out pretty well. I’m going to treat it like any other match.”