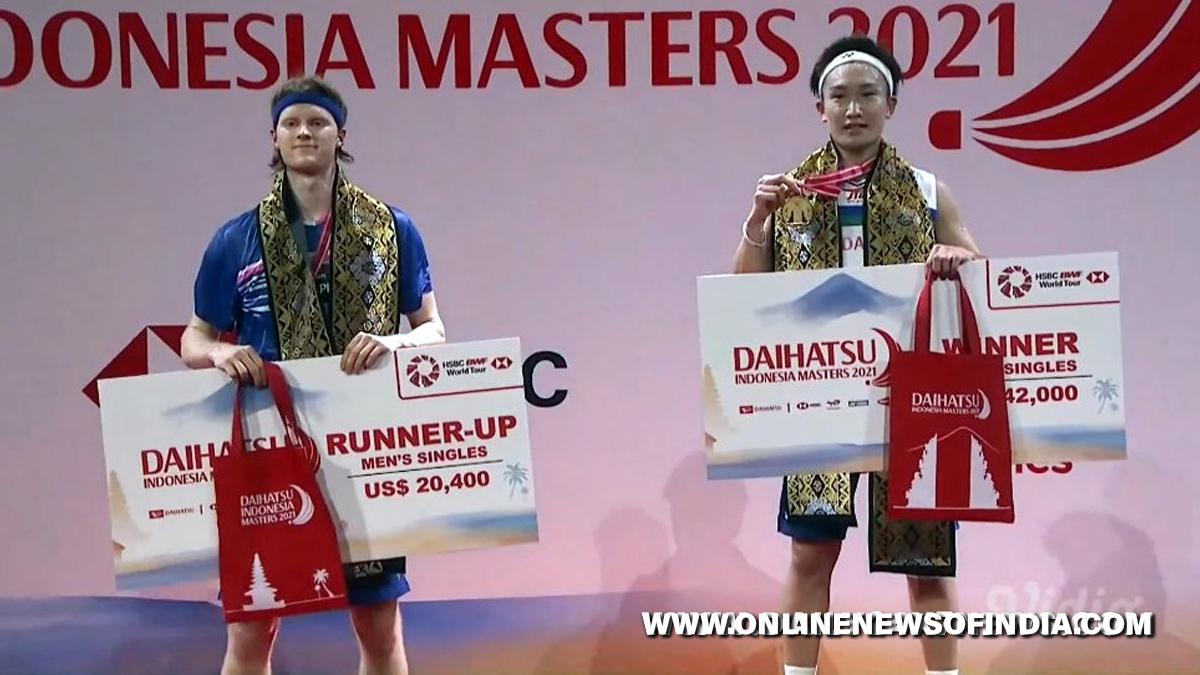 Bali(Indonesia) : World No. 1 Japan’s Kento Momota clinched the Indonesia Masters badminton tournament men’s singles title after beating Denmark’s Anders Antonsen in the final, here on Sunday.The 27-year old dismissed Antonsen with his typical high-octane game and registered a convincing 21-17, 21-11 victory in a 49-minute encounter.It’s a significant win for Momota as it secured him his first World Tour title since a near-fatal car crash in January 2020.In the women’s singles final, Japan’s Akane Yamaguchi, who had beaten India’s PV Sindhu in the semi-final, was defeated by An Se-Young. The South Korean shuttler, seeded four, won 21-17, 21-19 in a thrilling contest.

In the men’s doubles, Hoki Takuro and Kobayashi Yugo beat home favourites Marcus Fernaldi Gideon and Kevin Sanjaya Sukamuljo in a thrilling three-setter, 21-11, 17-21, 21-19. It was the Japanese duo’s first-ever win over Gideon and Sukamuljo and they collected their BWF World Tour Super 750 title trophy in as many months.Japan’s great day continued in the women’s doubles as Matsuyama Nami and Shida Chiharu outclassed South Korea’s Jeong Na-eun and Korea Kim Hye-jeong 21-9, 21-11.The mixed doubles final was the only final without Japanese representation after Watanabe/Higashino bowed out in the semi-finals to Hong Kong’s Tang Chun Man and Tse Ying Suet. But the Tang and Tse were outclassed by Dechapol Puavaranukroh and Sapsiree Taerattanachai in the final, the Thai pairing winning 21-11, 21-12.