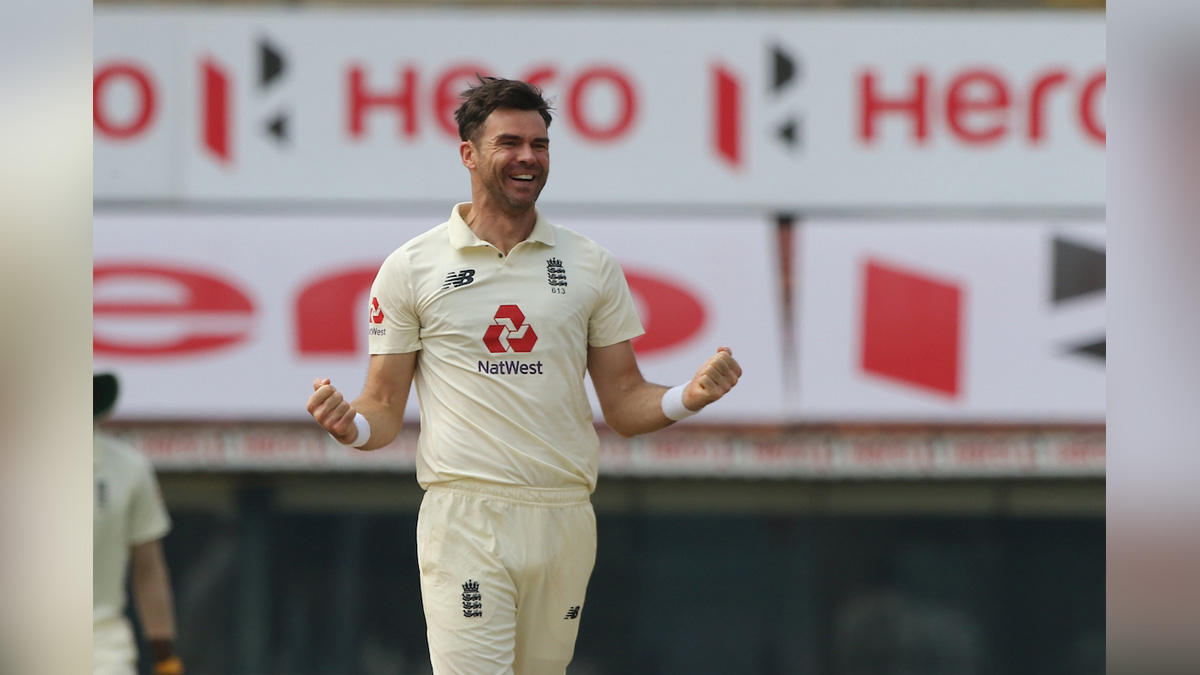 Birmingham : Veteran England pacer James Anderson was in full praise of his side’s calm outlook since Brendon McCullum and Ben Stokes took charge of coaching and captaining the Test side respectively.Under the McCullum-Stokes combination, England inflicted a 3-0 sweep of New Zealand and are full of confidence going into the rescheduled fifth Test against India at Edgbaston, starting from Friday.

“I have never been in a dressing-room before when we have chased 300 (299) on a pitch that is turning and everyone being so calm, believing we were going to chase them down. That for me, after 20 years of playing international cricket, I had never seen before.

“You always get a few jittery people but one to 11 and the staff included were just calm and believed. I think that belief can go such a long way, especially with the young players we have got. We’re trying to develop their confidence and experience; I think that will do wonders for them,” said Anderson in the run-up to the Edgbaston Test.

Anderson played the first two Tests against New Zealand, picking 12 wickets before missing the third match at Headingley due to a sore left ankle. He is eager to prove his fitness in order to play against India. “I hate missing games.

After that game at Headingley the feeling around the group is so good you want to be around it as much as possible.””It was disappointing to miss the last game, seeing the guys out on the field having a good time and playing well.

I’ll keep my fingers crossed that I can get back in this week. The ankle feels pretty good and I’ve got a couple of days of practice to get through. If I can do that, hopefully I’m good for Friday. We’ll see what happens.

“One of the aspects for England’s success in Test cricket has been that pitches have been largely better for batting apart from the Dukes ball being changed multiple times due to them going soft quickly.Anderson admitted about frustration with time being held up during the match as players from both England and New Zealand sides talked about changing the ball and checking it’s shape.

“I was watching the other day and saw bowlers keep going to the umpires trying to put the balls through hoops. It was like, ‘get on with the game’! But that’s the real frustration, they go out of shape so quickly, they go so soft, they don’t really swing.

There’s obviously something fundamentally wrong, something about the ball and it’s annoying to keep on changing it. I’m sure the umpires will be annoyed as well.”