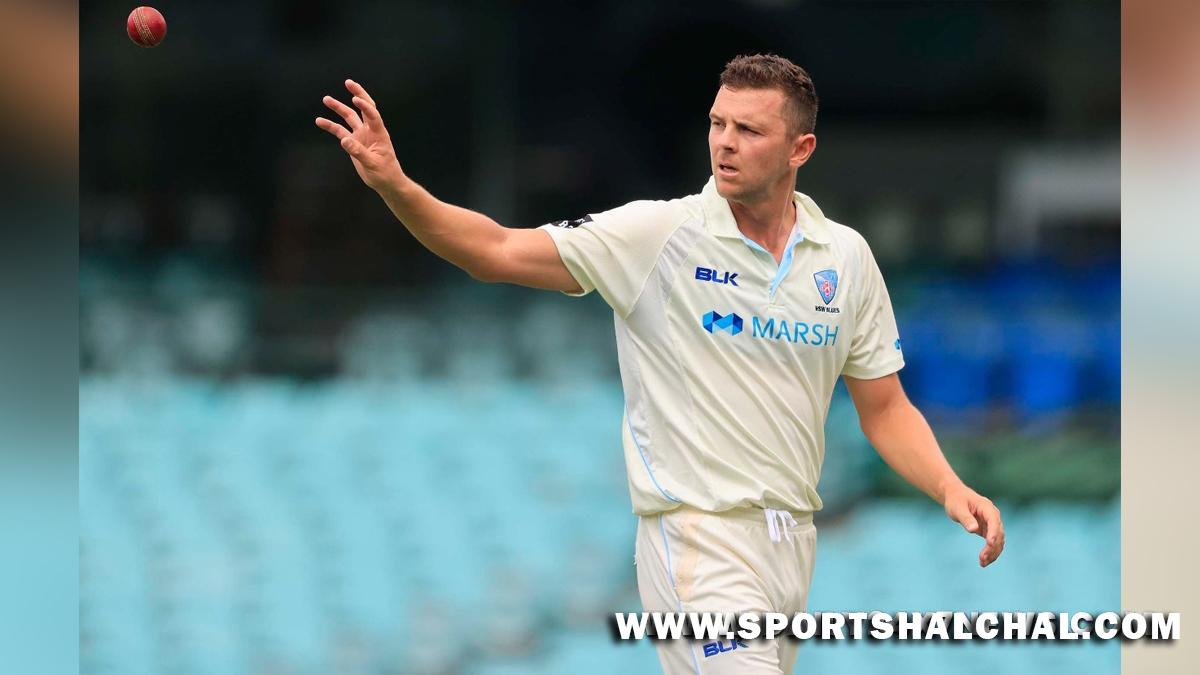 Lahore : +Australian pace bowler Josh Hazlewood will continue to sit out as skipper Pat Cummins will go into the third and final Test against Pakistan starting on Monday at the Gaddafi Stadium here with the same eleven that played in the drawn second game at Karachi.With the Aussies expecting a similar pitch as Karachi, the pace bowler once again lost out to 28-year-old leg-spinner Mitchell Swepson, who will partner Nathan Lyon in the deciding Test. Hazlewood only played in the first Test at Rawalpindi where he couldn’t take a wicket in both innings.Besides Hazlewood, the world’s No.10 ranked Test bowler, Ashes hero Scott Boland and left-arm spinner Ashton Agar have also been overlooked.”We were really happy with how all 11 players went last Test,” skipper Pat Cummins was quoted as saying by cricket.com.au on Sunday.”Everyone has pulled up really well. We gave them an extra couple of days to make sure everyone has come up good.

But there’s no injury worries; everyone is freshened up, so we’re confident in the XI. Only having two quick bowlers, I think reverse swing is going to be a big factor and the way Starcy (Mitchell Starc) played last game was fantastic.”It’s always tough leaving out someone like Joshy (Hazlewood), even Scotty Boland. But the class and the difference Starcy brings as a left-armer, a bit more air speed, we think that’s the best chance to take 20 wickets,” opined Cummins.In a series that has seen runs being scored in tons, the Australian skipper is expecting a pitch similar to Karachi at the Gaddafi Stadium.”There’s not a lot of grass on it. I think it’s had quite a lot of traffic throughout the PSL (Pakistan Super League) on it as well. It seems hard, but I can’t see it being too much different from the other ones. We feel like we’ve got all bases covered if needed, whether it’s reverse swing or swing later in the game.

“Strac felt that Australia dominating the second Test at Karachi where Pakistan skipper Babar Azam played the innings of his life to deny the tourists victory validation the team’s tactic.”I think what’s been clear … is the way we’ve gone about it is the right way. I’ve been really happy with how everyone has gone about their work (and) the tactics. I think it’s just a matter of taking those chances.”Wickets are at a premium in this series so you can’t afford to drop too many chances. We created more than 10 chances (in the second innings in Karachi) we just unfortunately didn’t take them, so that’s going to be the challenge this week.”The opening two Tests of the series have been drawn, meaning a victory in Lahore can seal Australia’s first Test series win on the subcontinent since they beat Sri Lanka 1-0 in 2011.Australia XI: David Warner, Usman Khawaja, Marnus Labuschagne, Steve Smith, Travis Head, Cameron Green, Alex Carey (wk), Mitchell Starc, Pat Cummins (c), Mitchell Swepson, Nathan Lyon.