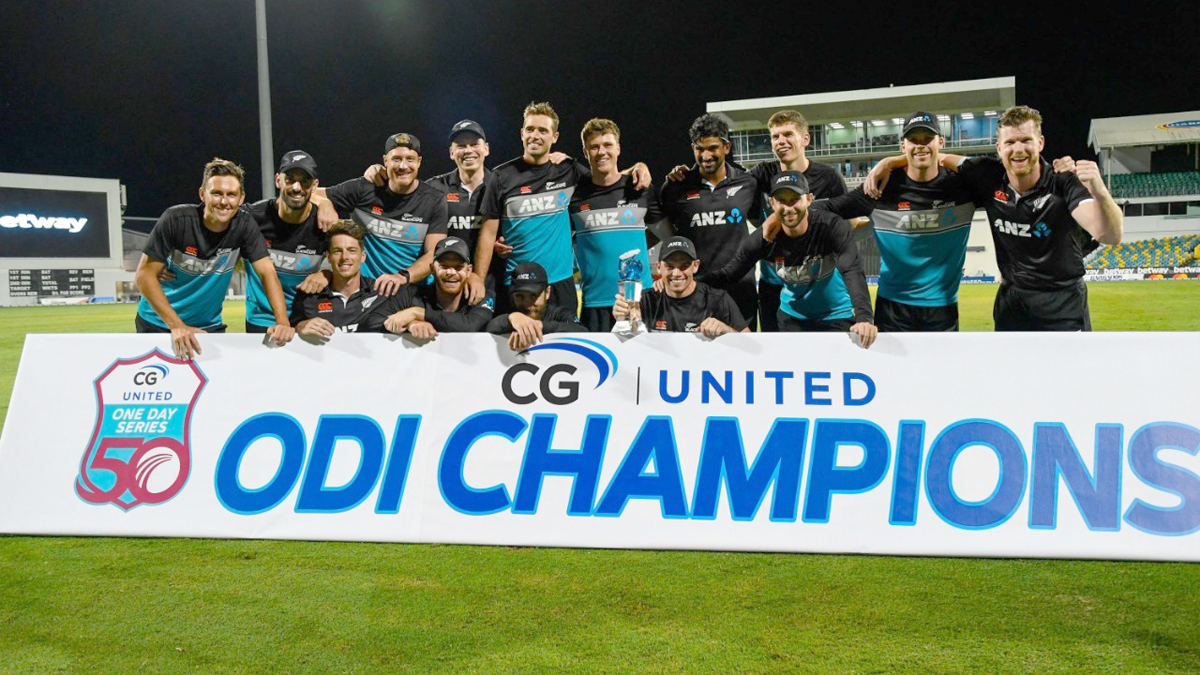 New Zealand won the toss and sent the home side in to bat little realising that Kyle Mayers would aid them to reach a mammoth 300-plus in the allotted 50 overs. With opener Shai Hope (51) and skipper Nicholas Pooran (91) too in fine form, the hosts managed to post an imposing 301/8.

The first West Indies wicket to fall was that of Shai Hope with the score 173/1 in the 35th over. Hope’s opening partner Mayers then notched up a century himself with 105 off 111 balls before falling two deliveries later with the score still on 173.

Skipper Pooran did his bit to set a competitive total with a quick-fire 91 off 55 balls, but he got little support from the middle order, with Brandon King, Sharmarh Brooks, Keacy Carty, Jason Holder and Akeal Hosein combining for just 12 runs. Mitchell Santner (2/38 from 10 overs) was the pick of the New Zealand bowlers.

With a run a ball required to win, Black Caps stalwart Martin Guptill (57) and Devon Conway (56) got the side to a healthy start after opener Finn Allen fell for just three in the fourth over. Skipper Tom Latham (69) then strung a partnership with Daryl Mitchell (63) to carry the side through to 259/5 in the 43rd over.

Michael Bracewell (14 not out) finally helped chase down the target with James Neesham who smashed 34 from 11 deliveries including four maximums as New Zealand won with 17 balls to spare.The Black Caps had also won the T20I series in the Caribbean and will now head to Australia for a three-match ODI series in Cairns in early September.