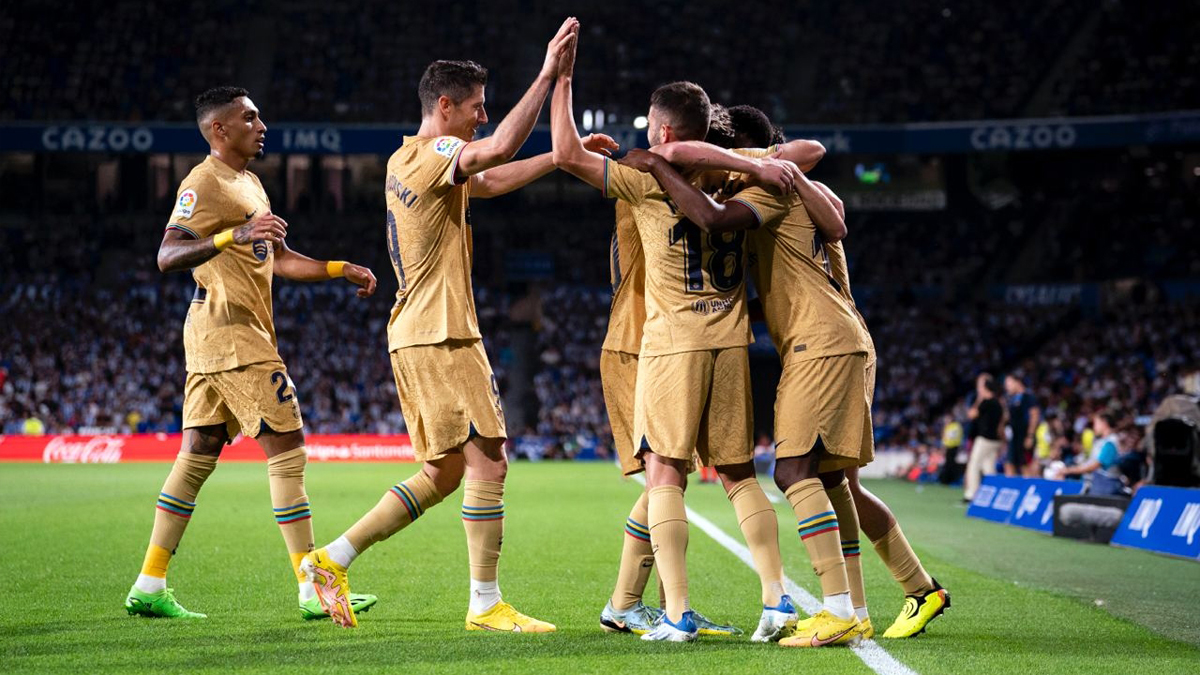 Berlin : Robert Lewandowski opened his account for Barcelona after just 44 seconds in a 4-1 victory against Real Sociedad as part of a brace to celebrate his birthday.Aleksander Isak wasted no time in equalising for the hosts, who forced Marc Andre Ter Stegen into some fine saves and saw a second-half goal ruled out for offside, reports DPA.

Ansu Fati provided the inspiration to end Barcelona’s three-game streak without a win, coming off the bench to provide two assists in six minutes — Ousmane Dembele and Lewandowski the beneficiaries.The Spaniard then added his name to the scoresheet after Lewandowski returned the favour, coolly slotting home to ensure all three points would come to Catalonia.

Barcelona’s barren streak of 360 minutes without a goal came to an abrupt end, Lewandowski steering home after Alejandro Balde led a counter-attack for the visitors to celebrate his birthday with his first La Liga goal.The hosts took just five minutes to respond though, Frenkie de Jong dispossessed in midfield and David Silva feeding through Isak — who saw his finish loft over the head of Marc Andre ter Stegen after a deflection off Eric Garcia.

Seven minutes after the restart, the hosts thought they had taken the lead as Brais Mendez’s free-kick found its way all the way past Ter Stegen but the offside flag was raised as Robin Le Normand impeded the German’s view.Fati provided an immediate impact after his introduction, backheeling into the path of Dembele to drill home into the far corner, then tapping a pass to Lewandowski to make it three.Lewandowski then turned provider for Fati, flicking the ball through for the Spaniard to slot home and guarantee a first win of the season.